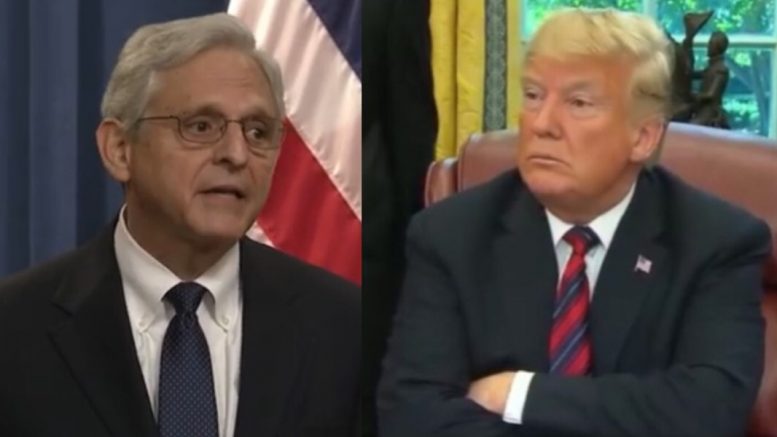 45th President Donald Trump reacted Thursday after Attorney General Merrick Garland announced that he “personally approved” the decision for the Monday FBI raid at Trump’s Mar-a-Lago estate in Palm Beach, Florida, claiming there was “probable cause” for the search, however, he did not provide specific details into the matter.

“I personally approved the decision to seek a search warrant in this matter,” Garland admitted during a news conference.

In a post on Truth Social, President Donald Trump wrote, “My attorneys and representatives were cooperating fully, and very good relationships had been established. The government could have had whatever they wanted, if we had it.”

“They asked us to put an additional lock on a certain area – DONE! Everything was fine, better than that of most previous Presidents, and then, out of nowhere and with no warning, Mar-a-Lago was raided, at 6:30 in the morning, by VERY large numbers of agents, and even ‘safecrackers'”, he said.

“They got way ahead of themselves. Crazy!” Trump expressed.

In a second post on Truth Social, Trump wrote, “….Just learned that agents went through the First Lady’s closets and rummaged through her clothing and personal items. Surprisingly, left area in a relative mess. Wow!”

The 45th President also pointed to documents Barack Hussein Obama apparently took from the White House, asking, “What happened to the 30 million pages of documents taken from the White House to Chicago by Barack Hussein Obama? He refused to give them back! What is going on? This act was strongly at odds with NARA. Will they be breaking into Obama’s ‘mansion’ in Martha’s Vineyard?”

“I continue to ask, what happened to the 33 Million pages of documents taken to Chicago by President Obama? The Fake News Media refuses to talk about that. They want it CANCELED!” he also wrote. 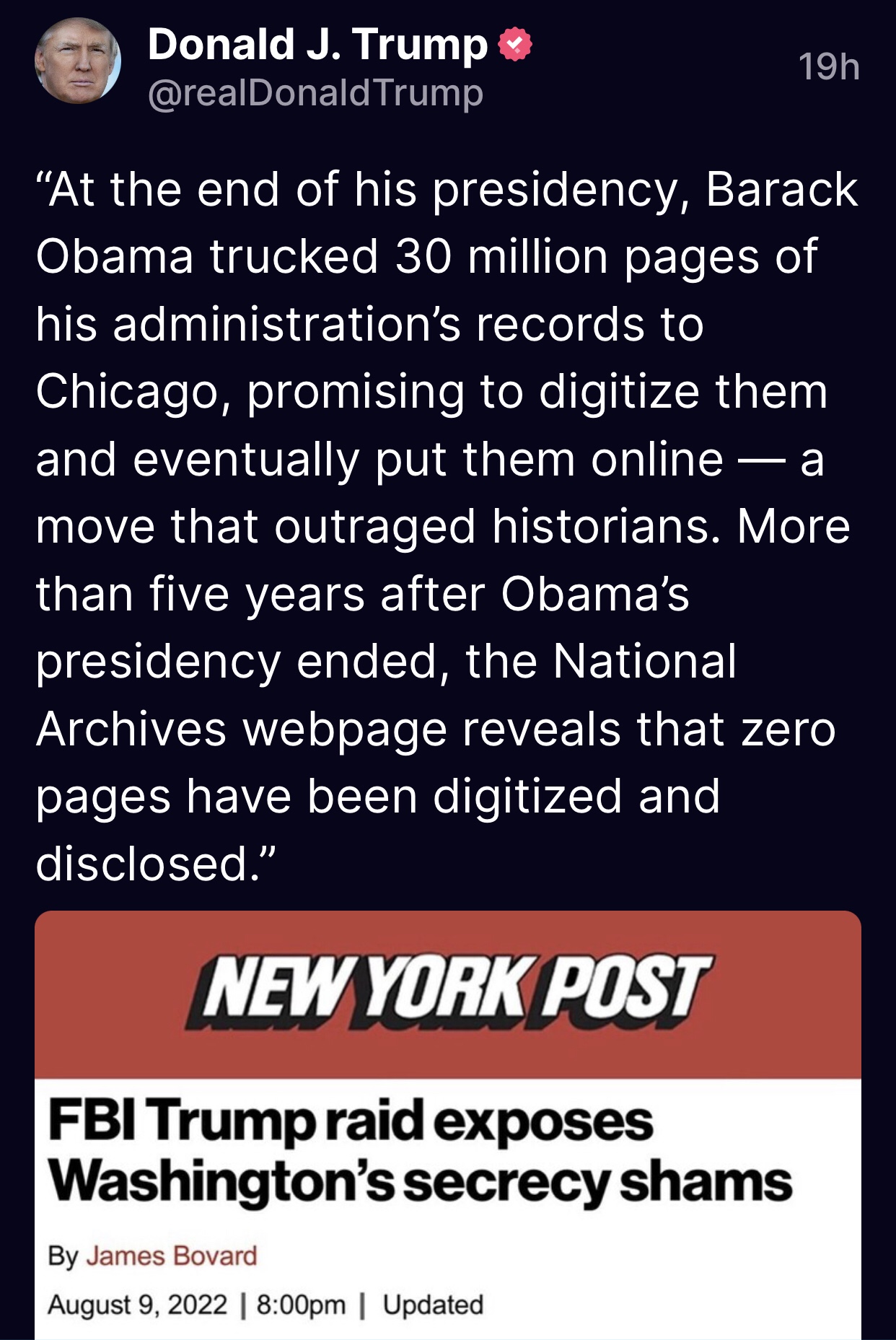 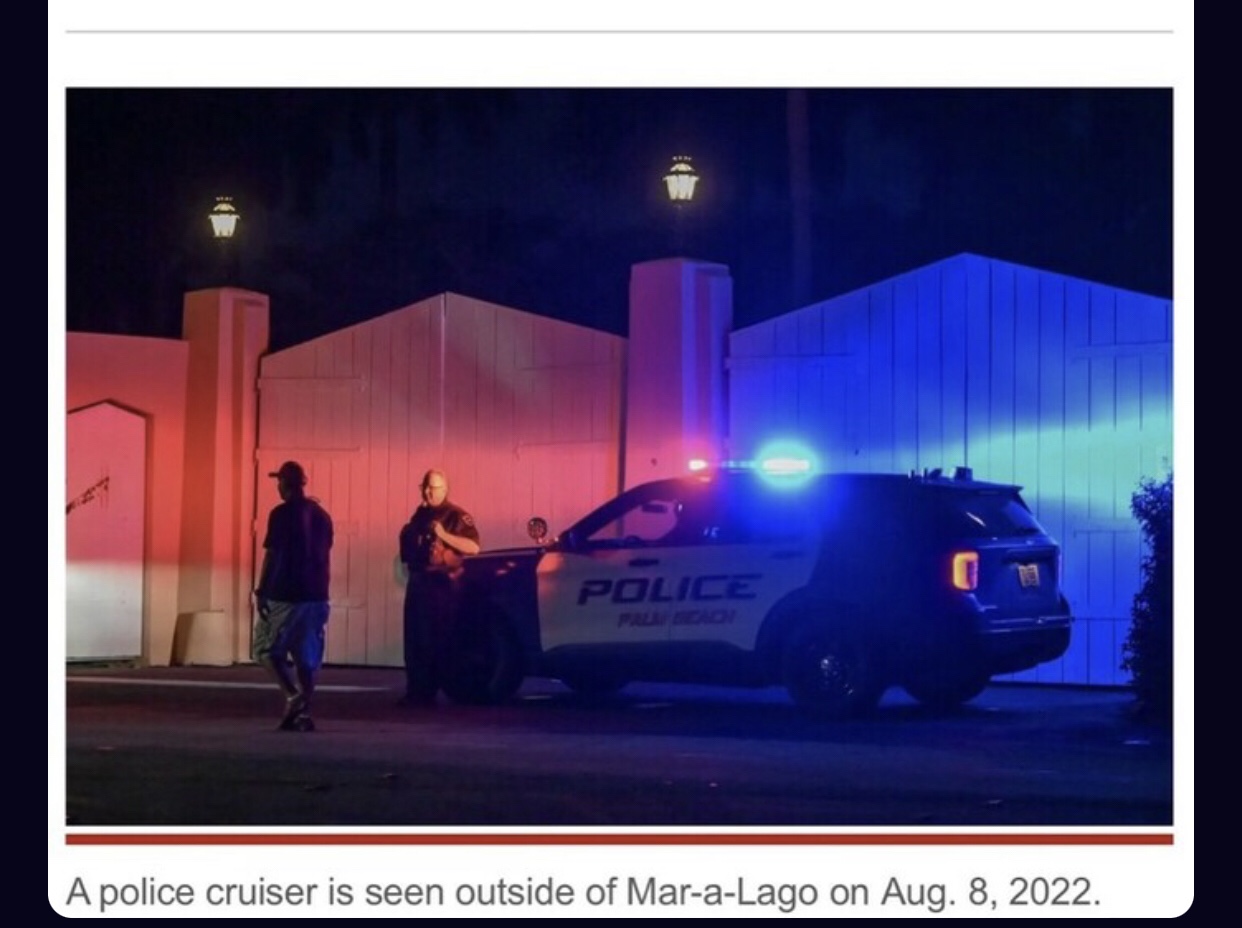 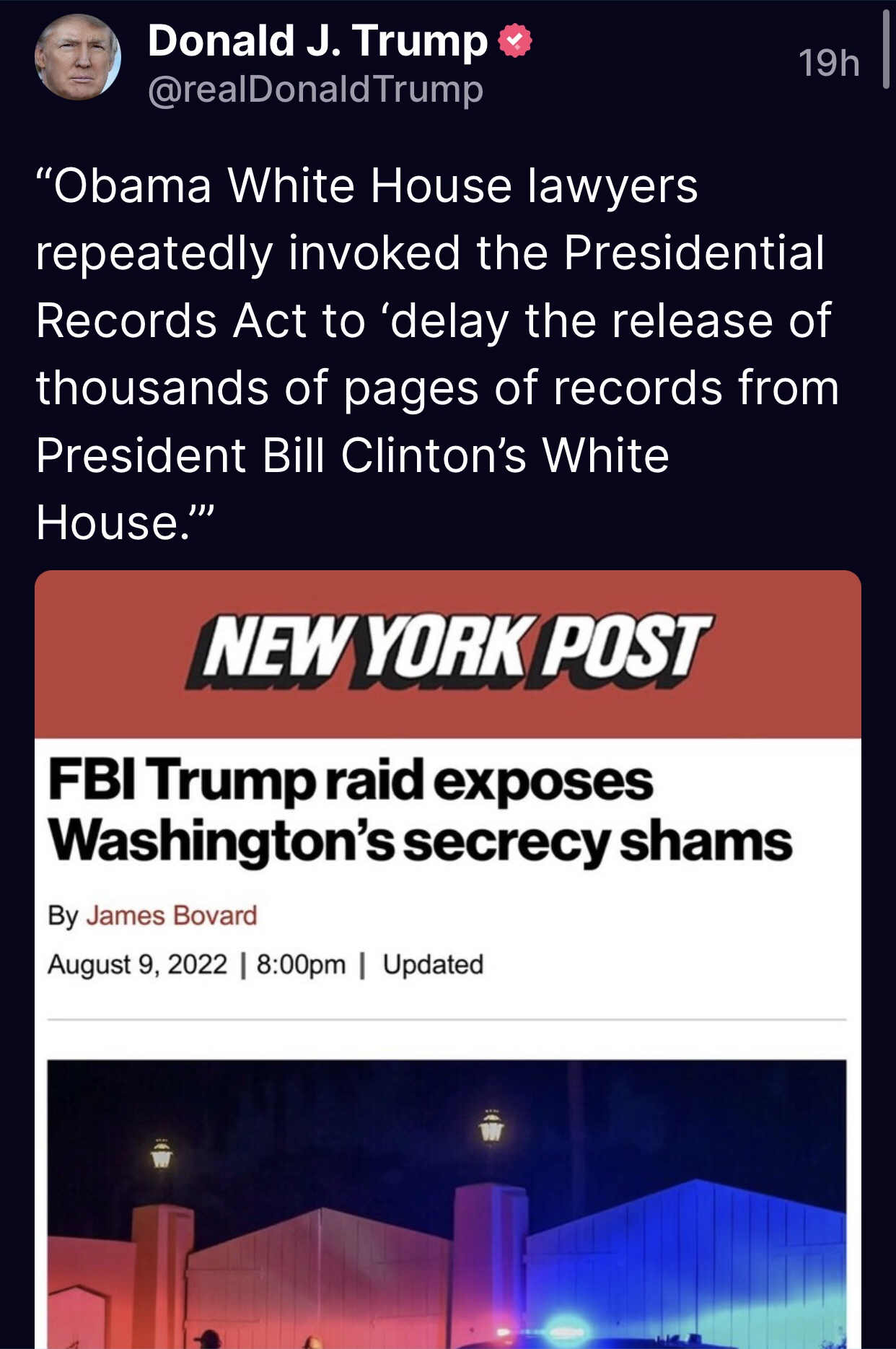 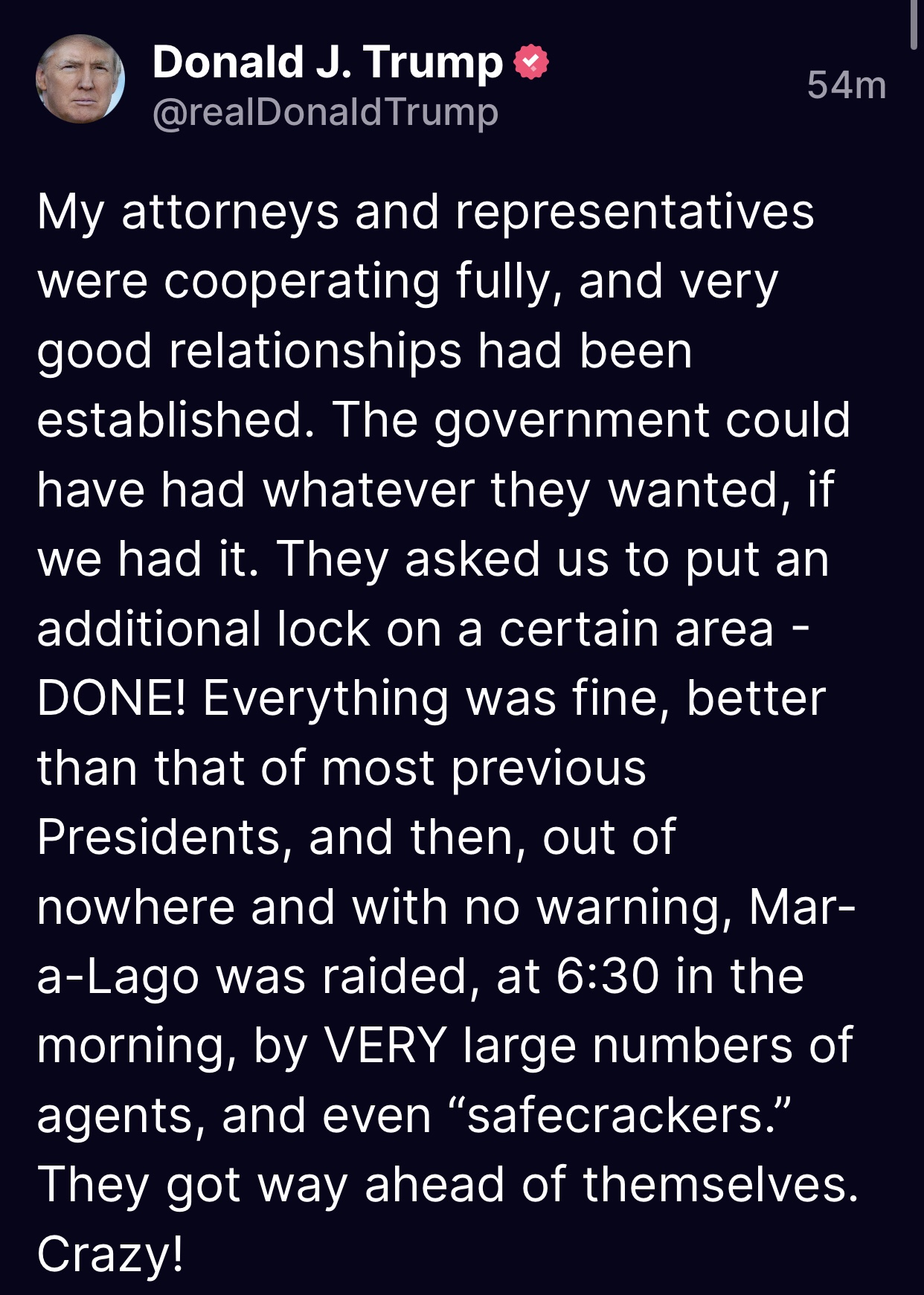 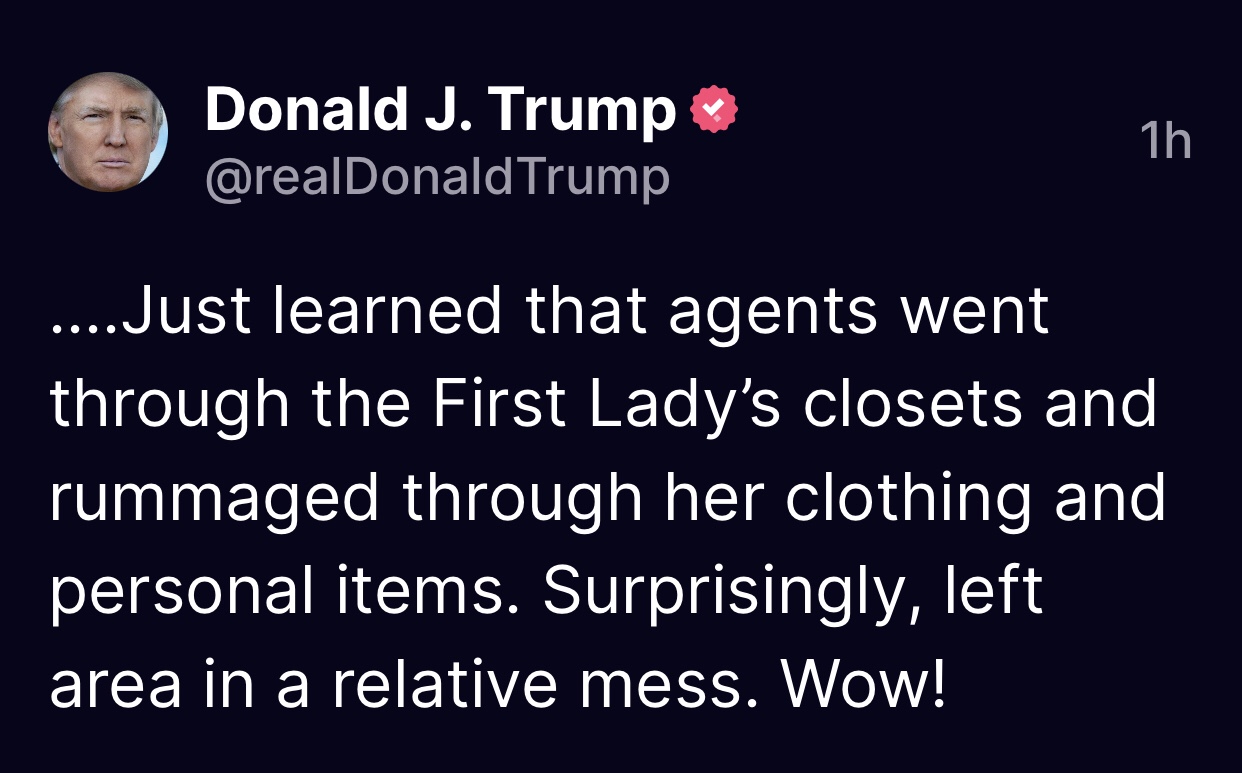 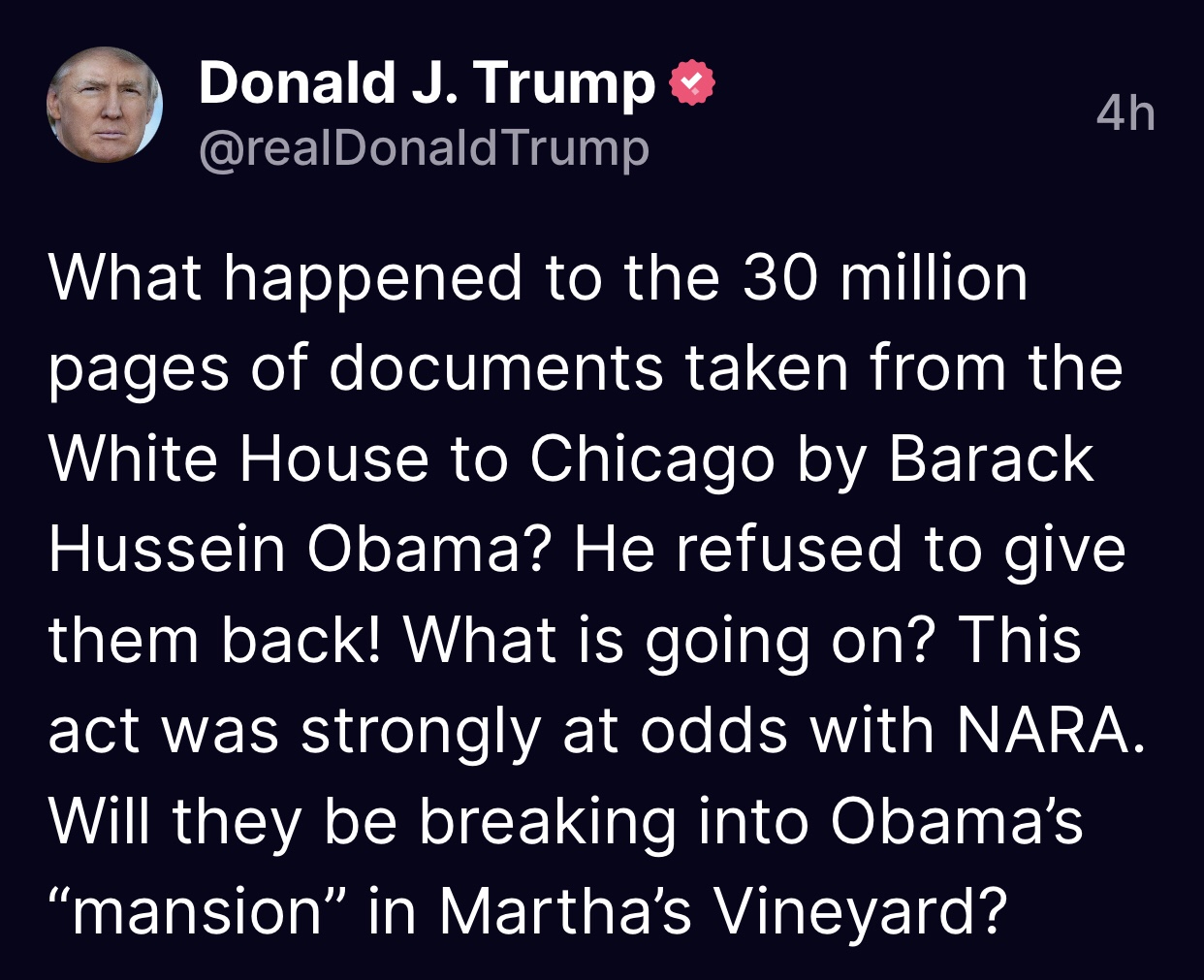 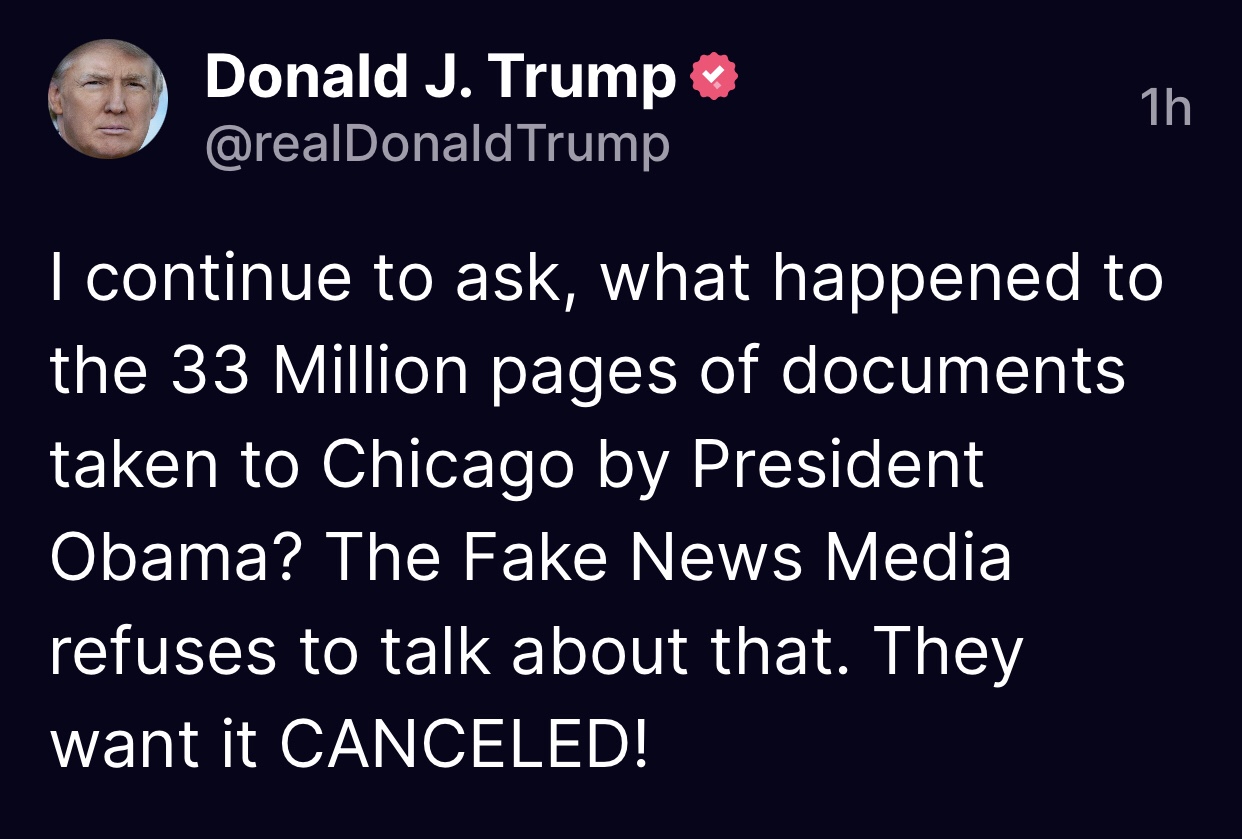