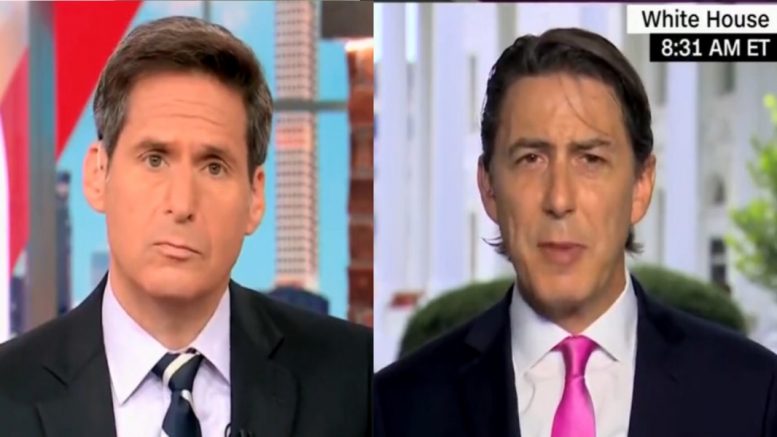 Amid 79-year-old Joe Biden reportedly considering declaring a “climate emergency”, energy advisor Amos Hochstein told CNN’s John Berman on Tuesday that the Biden administration had “been clear that we want to see the U.S. industry increase oil production” but claimed it was necessary to limit the production “to make sure that we’re in a better footing to accelerate the transition” to green energy.

A climate emergency could potentially allow Biden to limit drilling in the United States.

“I think we have been clear that we want to see the U.S. industry increase oil production,” Hochstein said.

“So it’s about making a choice between what is the short-term and medium-term so that we can make sure we have enough oil and gas to support us through the transition, and what are the kind of steps we don’t want the gas and oil industry to take that would have long term consequences when we don’t want new major projects that would take 20, 30 years to become profitable,” he continued.

“So we have to make that differentiation to make sure the American consumer has what it needs to grow our economy and the global economy, but not take steps to danger the climate work that we’re trying to do to make sure we’re in a better footing to accelerate the transition,” Hochstein admitted.

During a press conference in Tokyo in May, Joe Biden claimed, in part, over the rising gas prices, “we’re going through an incredible transition”, suggesting that America and “the world” will be “less reliant on fossil fuels”. “When it comes to the gas prices, uh, we’re going though an incredible transition that is taking place that, God willing, when it’s over, we’ll be stronger and the world will be stronger and less reliant on fossil fuels, when this is over”. Video Below

Meanwhile, Biden’s poll numbers continue to plummet and Hochstein claimed that Joe Biden is not “too worried about popularity”.

WH's @amoshochstein on CNN poll showing only 25 percent of Americans approve of Biden: "I don’t think he’s too worried about popularity" pic.twitter.com/oYp0MOl8Hg

Related: AOC Says She’s ‘In Charge’ During A Green Deal Rant, James Woods Hits Back: ‘YOU Work For US’