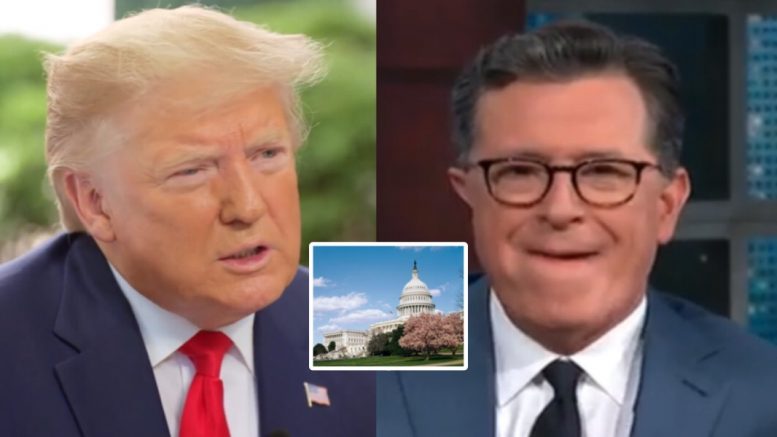 45th President Donald J. Trump said on Tuesday that the group of staff members associated with Stephen Colbert’s late-night talk show “were treated so differently” after federal prosecutors on Monday declined to prosecute them after being arrested last month on charges of unlawfully entering a congressional office building.

The group of nine people associated with CBS’ “The Late Show With Stephen Colbert” were arrested last month for ignoring instructions stay with a staff escort while inside the building. “Members of the group had been told several times before they entered the Congressional buildings that they had to remain with a staff escort inside the buildings and they failed to do so,” police said in a press statement.

“Wow! Prosecutors have just dropped all charges against ratings challenged Colbert Show staffers, who entered the Capitol illegally, disregarded police warnings, wouldn’t leave the premises, and were very loud and disruptive late into the evening, with no security present as is mandated by law,” 45th President Trump wrote on Truth Social Tuesday.

“These Radical Left lunatics, from a failing show, were treated so differently than the Unselects are treating so many of our great American Patriots. NOT FAIR!” he also expressed.

A statement from the U.S. Attorney’s office read:

After a comprehensive review of all of the evidence and the relevant legal authority, the U.S. Attorney’s Office for the District of Columbia has determined that it cannot move forward with misdemeanor charges of unlawful entry against the nine individuals who were arrested on June 16, 2022 at the Longworth Office Building.

The individuals, who entered the building on two separate occasions, were invited by Congressional staffers to enter the building in each instance and were never asked to leave by the staffers who invited them, though, members of the group had been told at various points by the U.S. Capitol Police that they were supposed to have an escort.

The Office would be required to prove beyond a reasonable doubt that these invited guests were guilty of the crime of unlawful entry because their escort chose to leave them unattended. We do not believe it is probable that the Office would be able to obtain and sustain convictions on these charges.

The defendants no longer will be required to appear for a scheduled hearing in the Superior Court of the District of Columbia on July 20, 2022.

The United States Capitol Police (USCP) also released a statement saying they “respect the decision that office has made” and referred any questions about the decision to the U.S. Attorney’s Office for the District of Columbia.

The Capitol Police, however, are upset about the decision to drop the charges, especially since the Colbert 9 were told on multiple occasions they weren’t supposed to be there. Sources close to the Capitol Police, according to Fox News, said this undercuts law enforcement as they try to secure the Capitol complex after the riot. 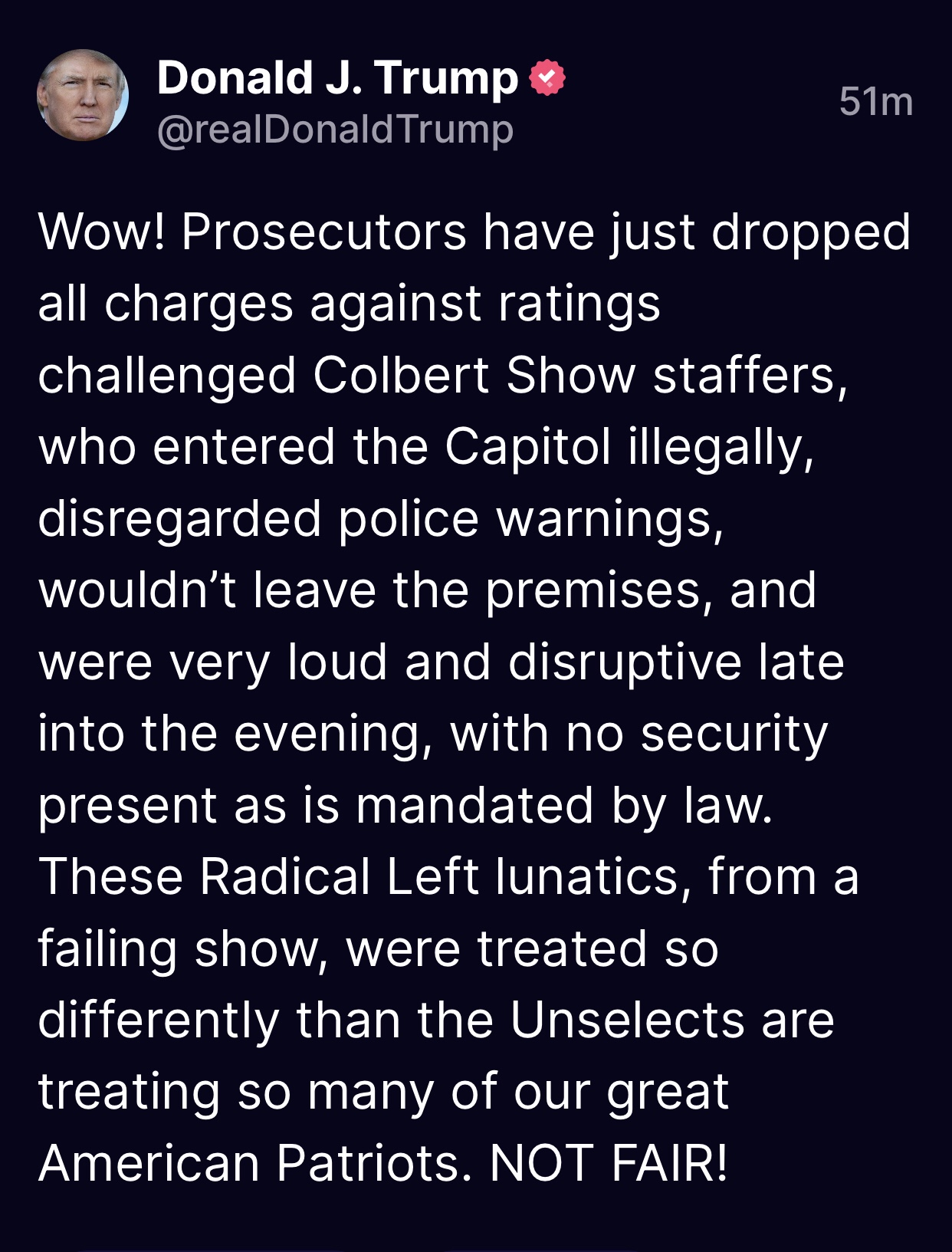