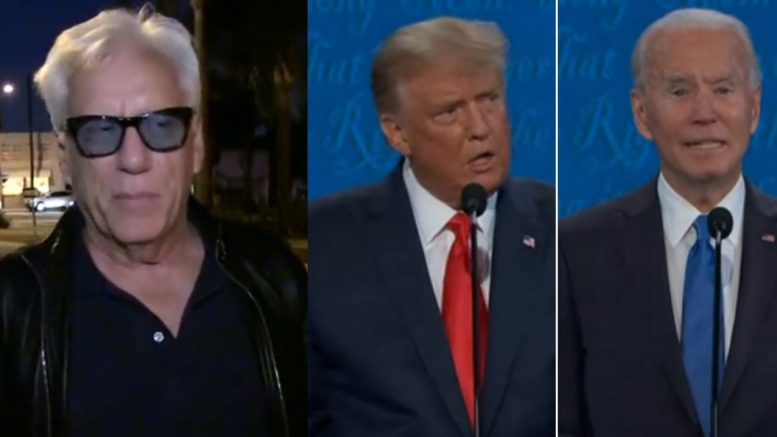 Former Hollywood actor James Woods thinks there was a clear winner during the final debate of the election cycle, and that person was not Joe Biden.

In fact, Woods thinks Biden got “rolled over” by President Donald Trump “like a steamroller.”

Throughout the debate, Woods provided his usual animated commentary, but it winded down to a brief halt just as the debate ended. He soon addressed why.

“The only reason I’m not commenting on the debate so much, is that I’m still dancing on air,” Woods tweeted. “Trump absolutely rolled over Joe Biden like a steamroller.”

In the middle of the debate, Woods already determined that President Trump was “running over Joe Biden like a threshing machine, leaving nothing but mulch.”

Twi of Woods’ most highest engaged reactions to the debate came when he doubled down on President Trump’s notion that Biden hasn’t done anything in 47 years, and posted a Trump’s quote where he indicated why he ran for President in the first place.

In ending, here’s, where Woods gives his opinion on Biden’s overall performance at the debate: