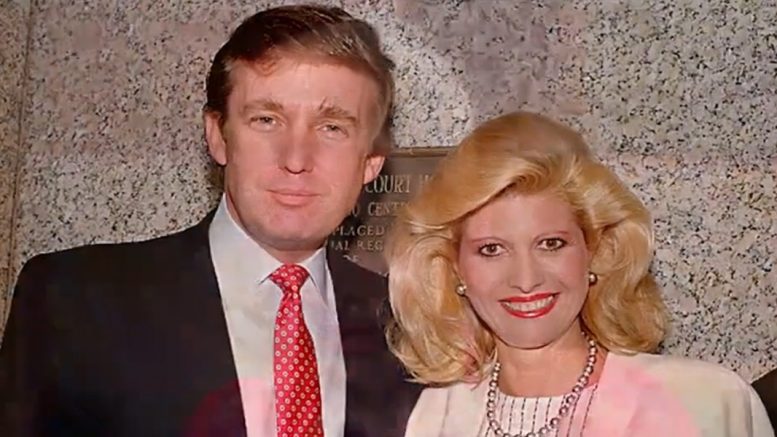 45th President Donald J. Trump announced in a statement on Truth Social Thursday that his first wife, Ivana Trump, 73, has passed away.

“I am very saddened to inform all of those that loved her, of which there are many, that Ivana Trump has passed away at her home in New York City,” Trump said in a statement.

“She was a wonderful, beautiful, and amazing woman, who led a great and inspirational life,” Trump said.

“Her pride and joy were her three children, Donald Jr., Ivanka, and Eric. She was so proud of them, as we were all so proud of her. Rest In Peace, Ivana!” he expressed.

The mother of the former commander in chief’s three eldest children — Donald Jr., Ivanka and Eric — Ivana, who was born in what is now the Czech Republic, married the then-New York real estate developer in 1977, The Hill reported.

While the pair’s contentious divorce played out in the 1990s in the New York tabloids, the Trumps both described their relationship as friendly in recent years.

The Trump family also released a statement: “It is with deep sadness that we announce the passing of our beloved mother, Ivana Trump. Our mother was an incredible woman—a force in business, a world-class athlete, a radiant beauty, and caring mother and friend. Ivana Trump was a survivor.

“She fled from communism and embraced this country,” the statement continued.

“She taught her children about grit and toughness, compassion and determination. She will be dearly missed by her mother, her three children and ten grandchildren,” the statement concluded. 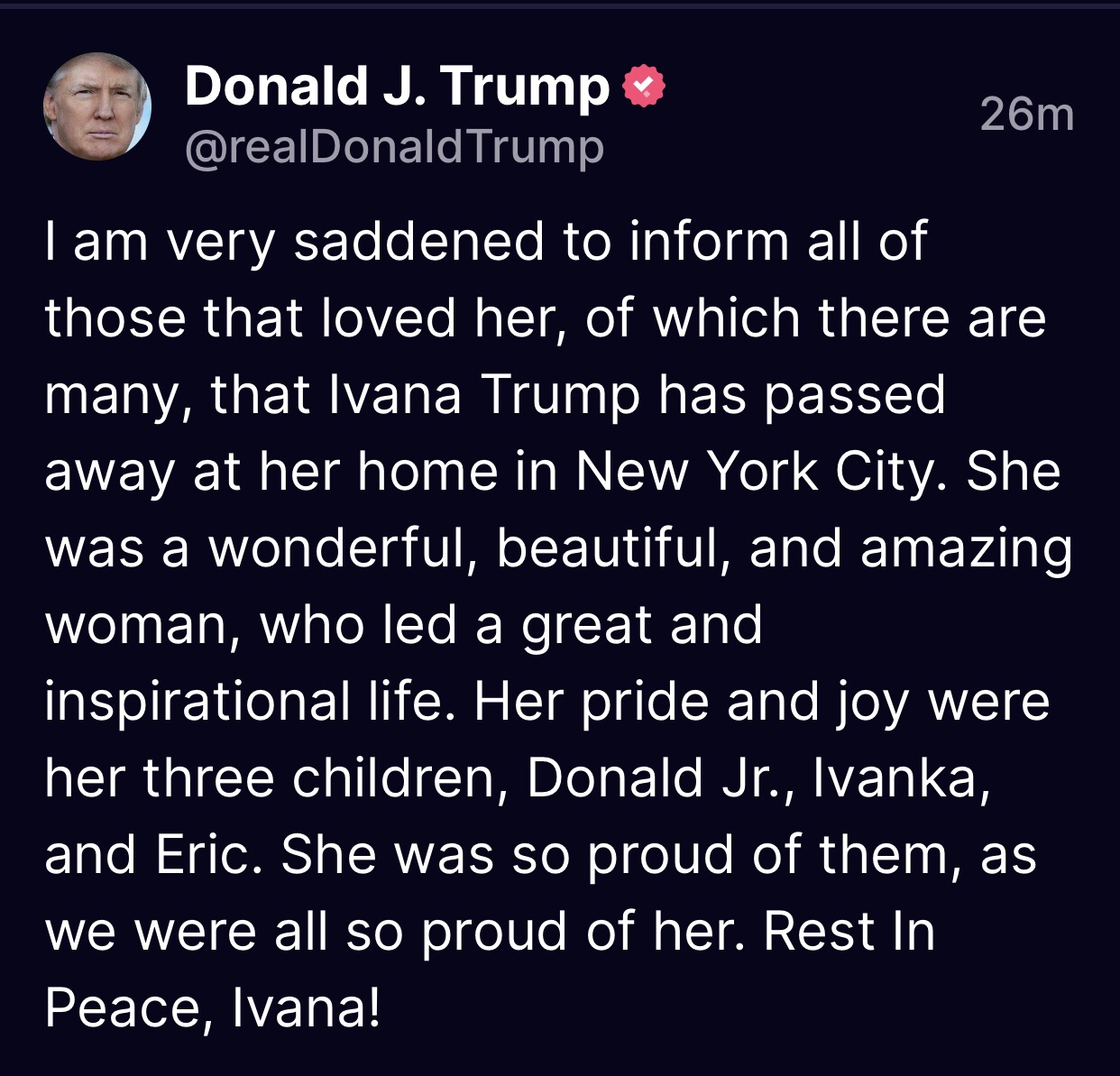