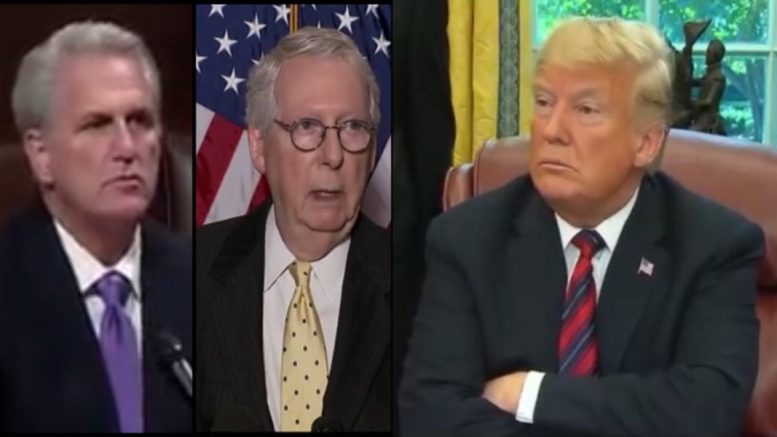 The 45th President issued a statement via email Tuesday evening from his “Save America” PAC, alerting House and Senate GOP leaders to end what he called a “Democrat trap”, referring to the 9/11-style commission lawmakers are preparing to vote on– regarding what transpired at the Capitol on January 6, 2021.

Former President Trump’s statement came the night before the House is expected to vote on the plan. Trump, meanwhile, was acquitted in the Senate in February, 57–43, falling 10 votes short of the two-thirds majority required by the Constitution, following the Capitol events.

Republicans in the House and Senate should not approve the Democrat trap of the January 6 Commission. It is just more partisan unfairness and unless the murders, riots, and fire bombings in Portland, Minneapolis, Seattle, Chicago, and New York are also going to be studied, this discussion should be ended immediately.

Republicans must get much tougher and much smarter, and stop being used by the Radical Left.

Hopefully, Mitch McConnell and Kevin McCarthy are listening! Continued Below

House Minority Leader Kevin McCarthy (R-CA) announced his opposition against the Commission in a statement on Tuesday.

“The renewed focus by Democrats to now stand up an additional commission ignores the political violence that has struck American cities, a Republican congressional baseball practice, and, most recently, the deadly attack on Capitol Police on April 2, 2021,” McCarthy said in a statement. “The presence of this political violence in American society cannot be tolerated and it cannot be overlooked. I have communicated this to our Democrat colleagues for months and its omission is deeply concerning,” McCarthy stated.

“Given the political misdirections that have marred this process, given the now duplicative and potentially counterproductive nature of this effort, and given the speaker’s shortsighted scope that does not examine interrelated forms of political violence in America, I cannot support this legislation,” he added. Continued Below

Meanwhile, Senate Minority Leader Mitch McConnell (R-KY) declared Tuesday that he is “pushing the pause button,” on the legislation.

“I think I’m safe in characterizing our conference as willing to listen to the arguments about whether such a commission is needed,” McConnell told reporters following a closed-door caucus meeting. “It’s safe for you to report that we are undecided.”

Senate Majority Leader Chuck Schumer (D-NY), however, has vowed to bring it to the floor, despite McConnell stating they may need more time to read the “fine print.”

“We’ll see what the House vote is like, but I want to be clear: I will put the Jan. 6 commission legislation on the floor of the Senate for a vote. Period,” Schumer said. Continued Below 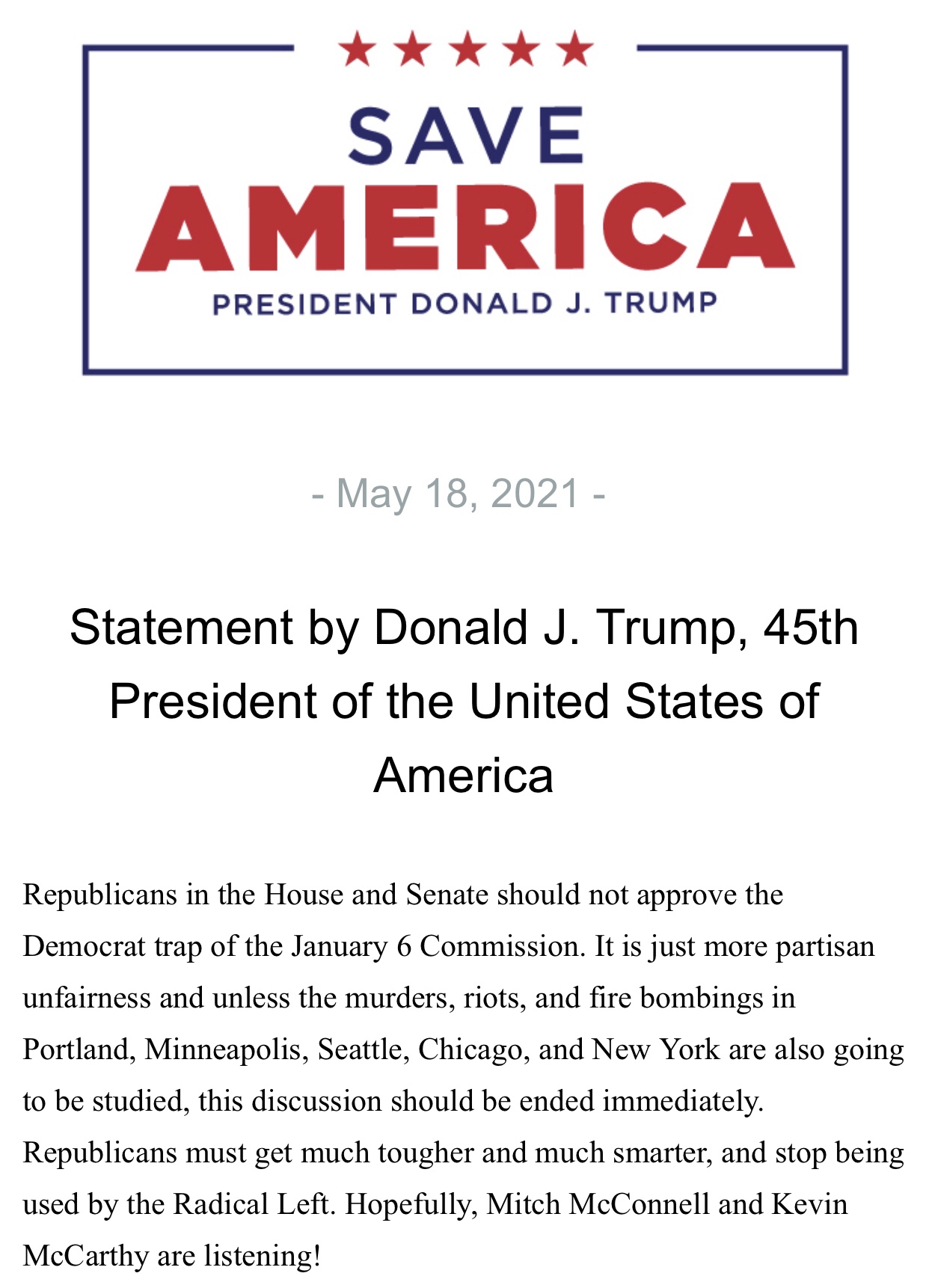 After being acquitted by the Senate in February, the former president said in a statement, in part:

It is a sad commentary on our times that one political party in America is given a free pass to denigrate the rule of law, defame law enforcement, cheer mobs, excuse rioters, and transform justice into a tool of political vengeance, and persecute, blacklist, cancel and suppress all people and viewpoints with whom or which they disagree. I always have, and always will, be a champion for the unwavering rule of law, the heroes of law enforcement, and the right of Americans to peacefully and honorably debate the issues of the day without malice and without hate.

This has been yet another phase of the greatest witch hunt in the history of our Country. No president has ever gone through anything like it, and it continues because our opponents cannot forget the almost 75 million people, the highest number ever for a sitting president, who voted for us just a few short months ago.