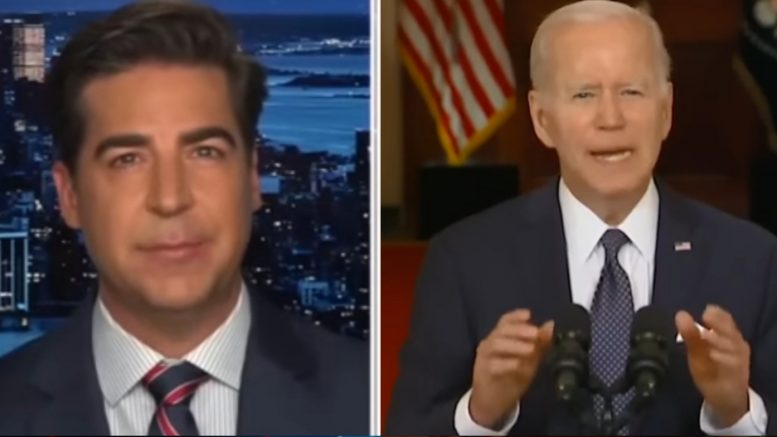 On Thursday night, Biden delivered “an impassioned address to the nation imploring Congress to take action against gun violence after mass shootings he said had turned schools, supermarkets and other everyday places into ‘killing fields,'” AP News reported. “If legislators fail to act, he warned, voters should use their ‘outrage’ to turn it into a central issue in November’s midterm elections.”

In response, Jesse Watters stated as follows during his Friday program:

“We know a bad leader when we see one. They refuse to be accountable, don’t have any answers to our problems, but are always quick to blame. Last night Joe Biden did just that when he told the law abiding Americans that he’s going to punish them for all of the problems Washington created.

“…Joe Biden is targeting you for Liberalism’s failures. He’s ready to strip away your right to defend yourself, your family.”