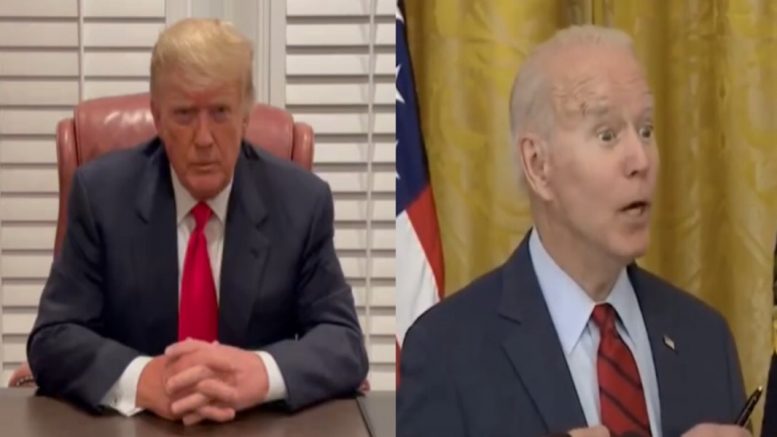 The video was also played during a “Save America” rally over the weekend in Pennsylvania.

The video shared by the 45th President begins with Joe Biden falling down the stairs three times as he was walking up a flight of steps to get on to Air Force One, which occured last year.

The video switches between scenes to play things Biden has said, highlighting some of his major gaffes.

Biden was also heard in the video repeatedly having a hard time pronouncing the word “kleptocracy” during a speech earlier in the month, as he was asking Congress for an additional $33 billion Ukraine aid package. Then the video switches to Biden oddly whispering.

Biden is also seen telling voters during the 2020 campaign, “I’ll lead an effective strategy to Trunalimunumaprzure!” Video Below 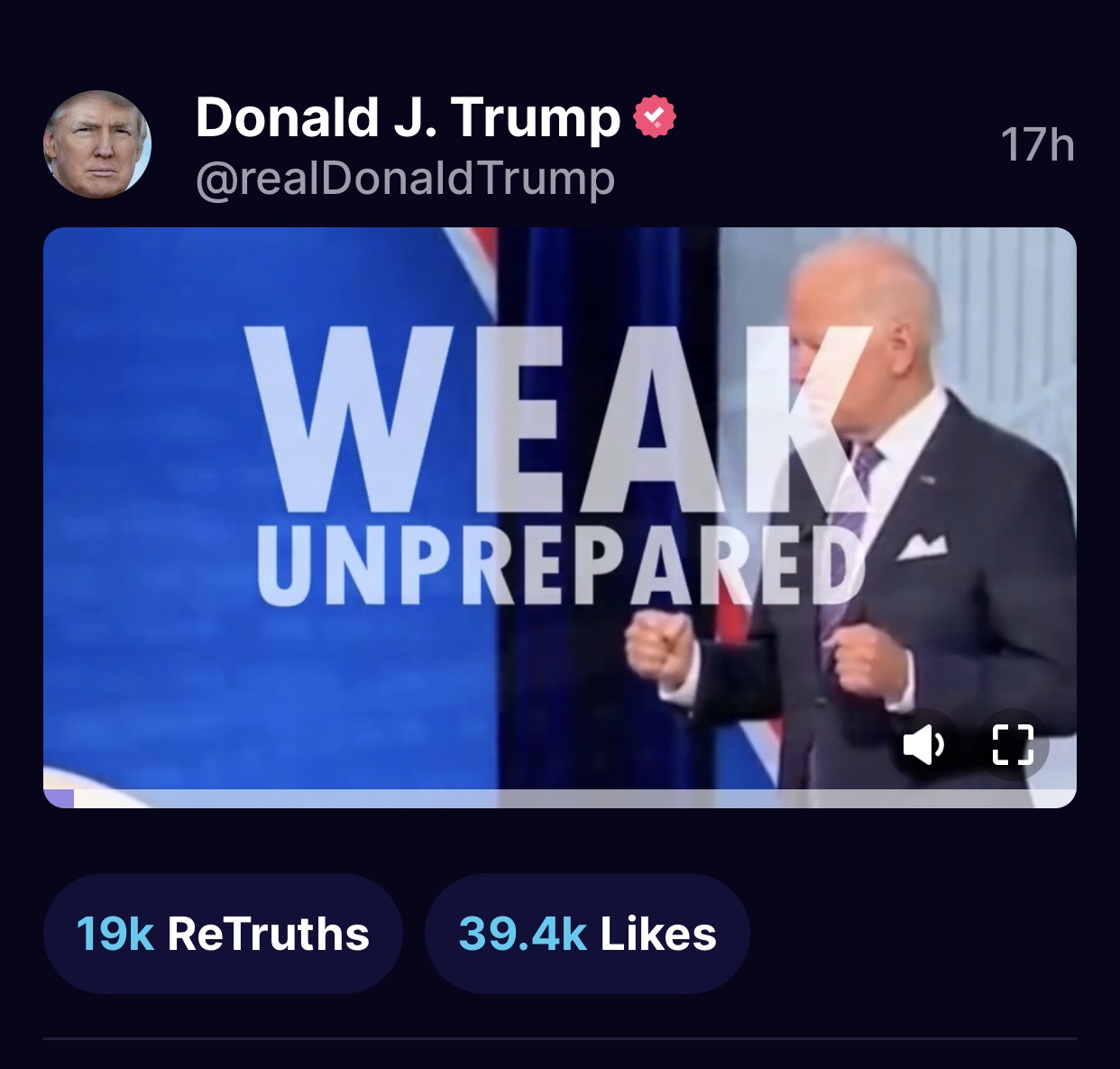 Related: Trump Calls on 79-Year-Old Biden to Take a ‘Cognitive Test’: ‘Release the Results for the Entire World to See’