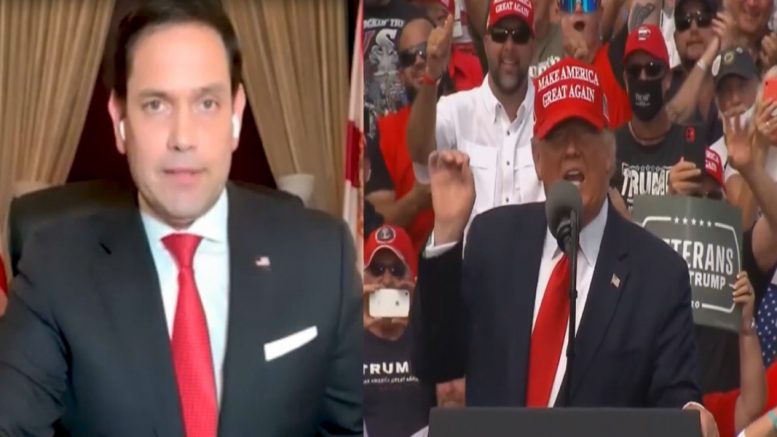 The 45th President issued a statement via email through his Save America PAC, his post-presidency political action committee.

It is my honor to give U.S. Senator Marco Rubio my Complete and Total Endorsement. Marco has been a tireless advocate for the people of Florida, fighting to cut taxes, supporting our Second Amendment, our Military and our Vets, a strong national defense, and all of the forgotten men and women of America.

Marco worked with me to reform the VA and help our small businesses grow, and with his help, we achieved the lowest ever unemployment for women, African Americans, Hispanic Americans, Asian Americans, and almost all Americans. Together, we worked closely with the Cuban and Venezuelan communities, and have made great progress.

He also ruled that “President Trump was in no way involved with Russia,” as he presided over the Senate Intelligence Committee on the FAKE Russia, Russia, Russia Hoax. Marco will never let the great people of Florida, or our Country, down! Continued Below

Rubio seeks a third term in the 2022 election. So far there are no high-profile Democrats who’ve declared intentions to run against him. Rep. Stephanie Murphy of Winter Park has been polling her chances, building a campaign structure, and taking frequent shots at Rubio in recent weeks. Former Rep. Alan Grayson of Windermere has filed paperwork to run against Rubio, but Grayson said he did so only to explore the possibility and has not decided whether to actually run, Florida Politics reported.

The Florida Senator responded to the 45th President’s endorsement, expressing his gratitude.

“I am grateful for President Trump’s endorsement and his leadership on the major issues facing our nation, including the threat from China and the need to bring good jobs back to America,” Senator Rubio said in a statement Friday. “Democrats are trying to undo everything we accomplished over the past four years, but I will continue to fight for the forgotten men and women of this country and deliver results for hard working Florida families.” Continued Below

In February, President Trump warned sitting Republican lawmakers that he could back primary challengers if he deems them to be insufficiently loyal.

“Where necessary and appropriate, I will back primary rivals who espouse Making America Great Again and our policy of America First. We want brilliant, strong, thoughtful, and compassionate leadership,” he said in a statement. 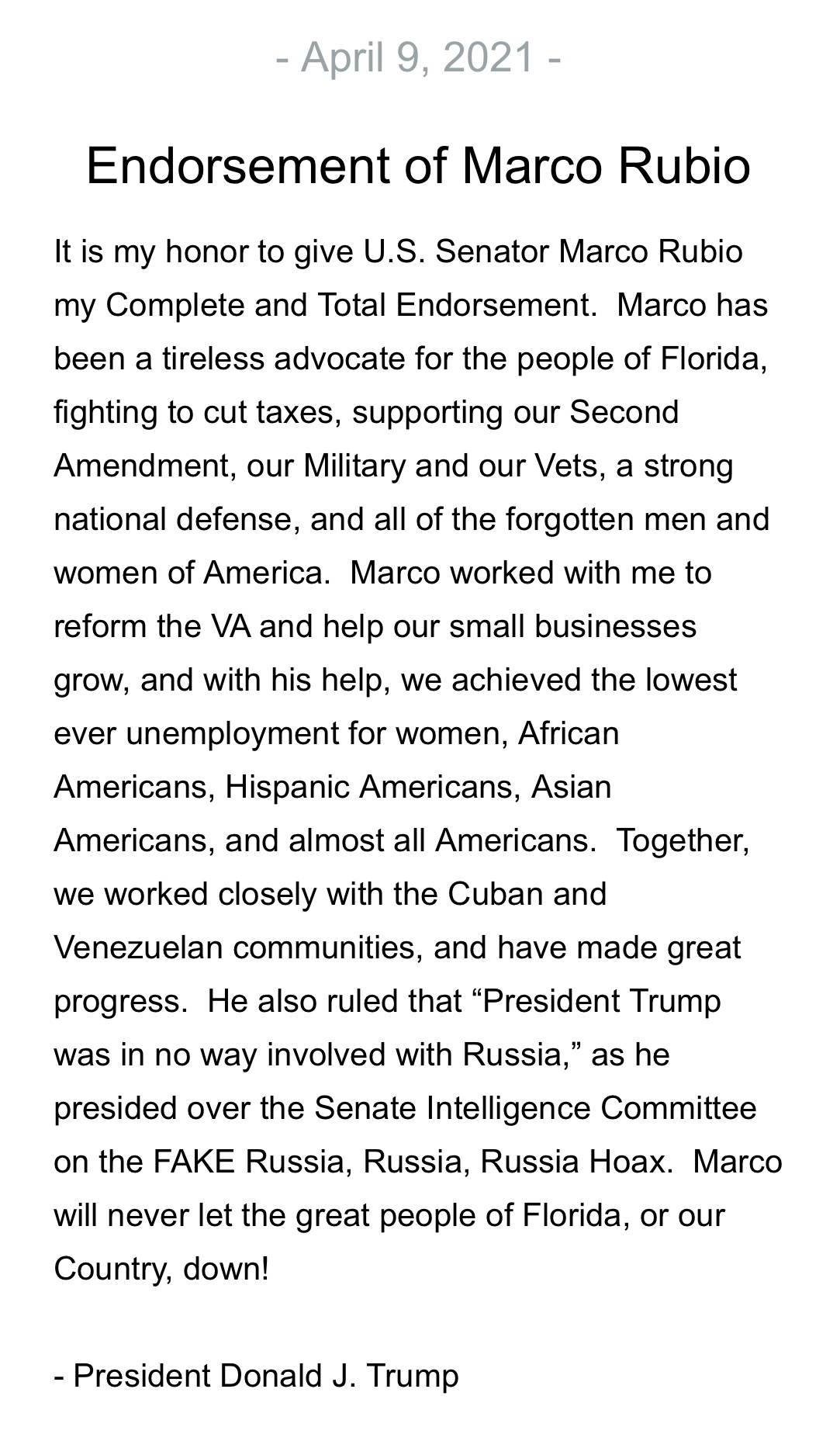