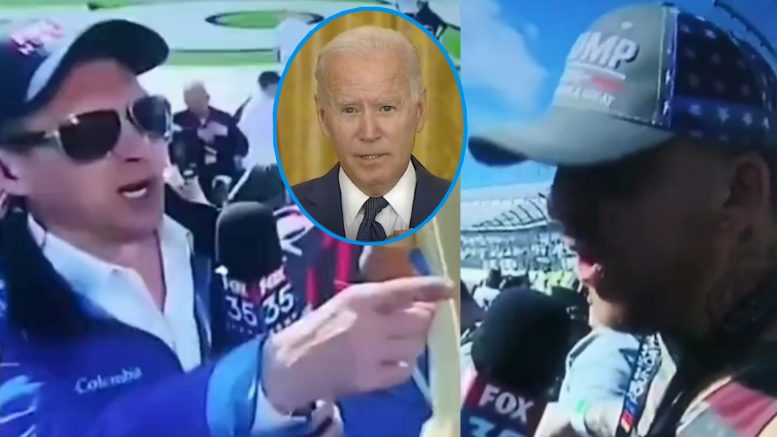 Things took an awkward turn on Sunday at the Daytona 500 when a reporter from Fox 35 Orlando approached NASCAR fans on live TV, asking what they planned on writing on the checkered finish line.

“What are you going to sign on that finish line?” the reporter asked a gentleman wearing a Trump hat.

Realizing what was just said on live television, the reporter instantly walked away and said, “That’s the risk we have here when we broadcast live.”

He then went on to approach another gentleman wearing an American flag shirt, hoping to get a more politically correct answer for viewers.

“I love the American flag shirt. What are you going to sign on the checkered line?” the reporter asked

“Um, I just did. Would you like to see what I wrote?” the man replied.

“Just tell me, is it clean?” the reporter asked.

“It is not clean,” the fan responded, also with a smirk on his face. Video Below

"What do you think I'm going to sign?" pic.twitter.com/td24mbNySL