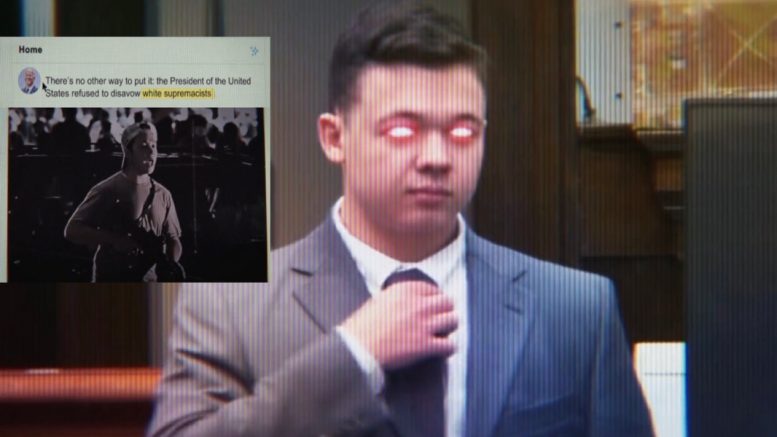 Kyle Rittenhouse announced on Monday an initiative to hold media organizations, celebrities, athletes and politicians “accountable” for “the lies they said” during his trial, as previously reported by The Freedom Times.

The move comes just months after the 19-year-old from Illinois was acquitted on all charges of killing two men and wounding another during riots that broke out in Kenosha, Wisconsin, on Aug. 25, 2020 after Jacob Blake was shot police during a domestic disturbance.

“Me and my team have decided to launch ‘The Media Accountability Project’ as a tool to help fundraiser and hold the media accountable for the lies the said and deal with them in court,” Kyle Rittenhouse told Tucker Carlson on Monday.

Shortly after his interview on Fox News, Rittenhouse released a video on Twitter regarding ‘The Media Accountability Project’, and wrote “It’s time to hold the worst offenders in our media accountable in court for their malicious and defamatory lies. Donate: http://donate.tmap.org/twtr“.

In the video, Rittenhouse quotes Malcolm X, saying, “The media is the most powerful entity on earth. They have the power to make the innocent guilty and to make the guilty innocent. That’s power”. Continued Below

The video goes on to show clips of media pundits and hosts calling Rittenhouse a “white supremacist”, along with Joe Biden, and then Kyle is heard saying, “There is going to be some accountability coming”.

It's time to hold the worst offenders in our media accountable in court for their malicious and defamatory lies. Donate: https://t.co/U4NBli1bvD pic.twitter.com/IxuUYfF9Hf

Follow us on Telegram @The Freedom Times, and find us on Truth Social @TheFreedomTimes

Michael Flynn Declares ‘We Have Two Separate Governments’: ‘One That Actually Gets Elected’ & One ‘That Operates Under No Rules’