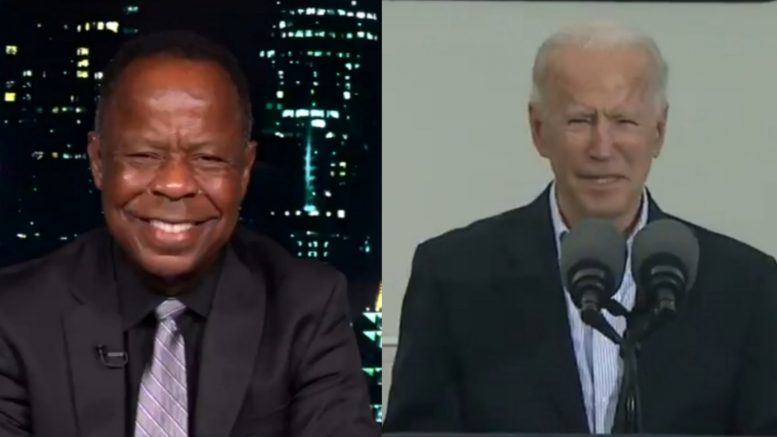 Fox contributor Leo Terrell thinks it’s time to see Joe Biden “put on his big boy pants” and “stand up on his own two feet” when it comes to addressing the American public and the issues at hand.

“I’m really bothered by this”, Mr. Terrell replied when asked by Judge Jeanine Pirro to weigh in on an awkward moment earlier in the week when the White House media team cut off live video feed of a virtual event just as Biden offered to take questions.

“This is not the same Joe Biden as 2012 and 2016,” he added. “I’m not playing doctor, but he doesn’t look strong. He doesn’t look like he has the energy, and I think the American public needs to know: Is he really controlling the White House or is he just being propped up by all of these White House surrogates. That’s what really concerns me.”

Moments later, Leo summarized his thoughts and said, “If Joe Biden got elected President — still questionable — let him go to a State of the Union, give a solo press conference. I don’t want to see Kamala Harris or Jill Biden on the left or right flank. Let this man stand up on his own two feet, put on the big boy pants.” Video Below

Watch: Biden Appears to Be Lost & Confused on Stage after Delivering Remarks at Global Fund’s Conference