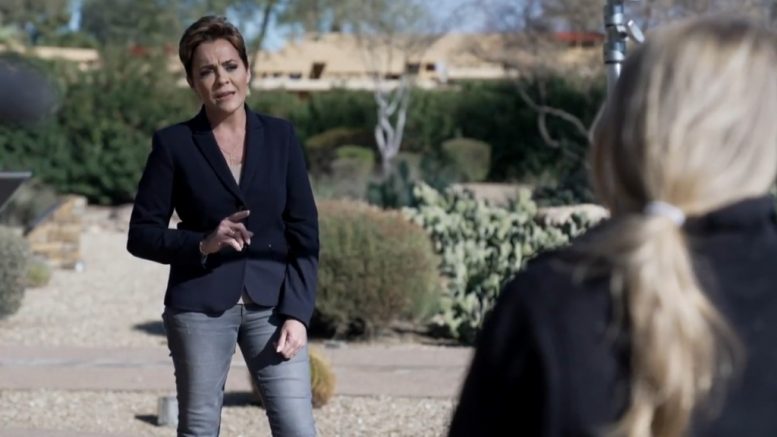 Arizona GOP gubernatorial candidate Kari Lake turned the tables on an ABC reporter after being pressed on whether or not she thinks Joe Biden is the current president.

Below is a transcription of the exchange that took place as Lake was being interviewed in an outdoor setting.

ABC Reporter: “Do you think Joe Biden is the current president?”

Kari Lake: “Well, he’s obviously sitting in the White House. Do you think he’s the president?”

ABC Reporter: “I’m asking you, but I’m just wondering. Do you think if the 2020 election was stolen, is Joe Biden the president.”

Kari Lake: “Do you think the election was stolen?”

“Media is doing a huge disservice to this country, and the people aren’t getting the full story. But eventually, I think they will. And the media, who’s numbers are dropping, dropping like a rock, are going to continue to drop and pretty soon no one will be watching because the media has turned their back on the people of America and not been honest.

“ABC News, CNN, MSNBC spent more than three years lying to the American people, saying that Russia colluded with Donald J. Trump to steal an election in 2016, and they knew that was false. They knew they were peddling lies and they did nothing to stop it. It was a complete hoax and it was a lie. And now they’re doing the opposite. We have evidence of corruption in our election and they refuse to cover it. They refuse to be honest with the people of this country. It is disgusting what the media has done, and I think their days are numbered when it comes to surviving all of this… the business. When you’re lying to the people and you’re in media, that’s a bad business model.”  Video Below

WATCH: The Media just won’t learn their lesson. They continue to try and stump me, but I know their game better than they do.

I did an interview with @ABC… will they include this portion of it in their piece? Why won’t they just do their job and report the truth? pic.twitter.com/KnDC2jHXVB

Mike Lindell Fires Back After Dominion Sends Him A Cease & Desist Letter: “Please Sue Me”