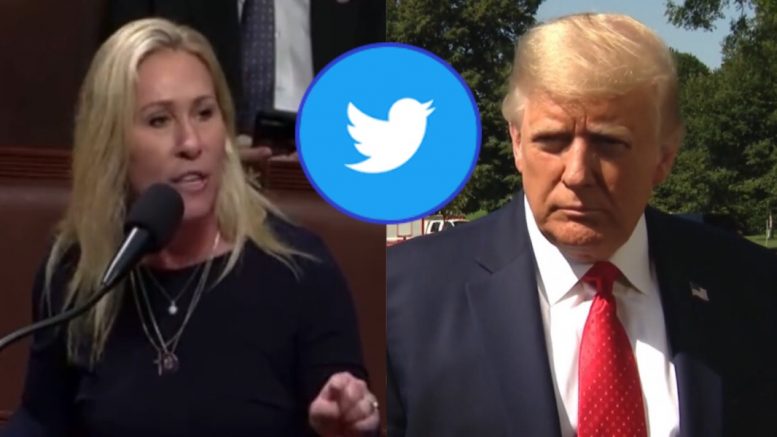 “Twitter is a disgrace to democracy. They shouldn’t be allowed to do business in this Country,” Trump said from his “Save America” PAC.

“Everybody should drop off of Twitter and Facebook. They’re boring, have only a Radical Left point of view, and are hated by everyone. They are a disgrace to our Nation. Keep fighting, Marjorie!” he expressed.

On Saturday, Rep. Greene had tweeted about an “extremely high amount of covid vaccine deaths” that she said are “ignored,” Rolling Stone reported. Continued Below

The Georgia congresswoman responded to Twitter’s suspension on Telegram, calling the leftwing platform an “enemy to America”.

“Maxine Waters can go to the streets and threaten violence on Twitter, Kamala and Ilhan can bail out rioters on Twitter, and Chief spokesman for terrorist IRGC can tweet mourning Soleimani but I get suspended for tweeting VAERS statistics, Twitter is an enemy to America and can’t handle the truth,” Rep. Greene wrote. “That’s fine, I’ll show America we don’t need them and it’s time to defeat our enemies.” Continued Below

She also thanked the 45th President for his support:

Rep. Greene went on to say: