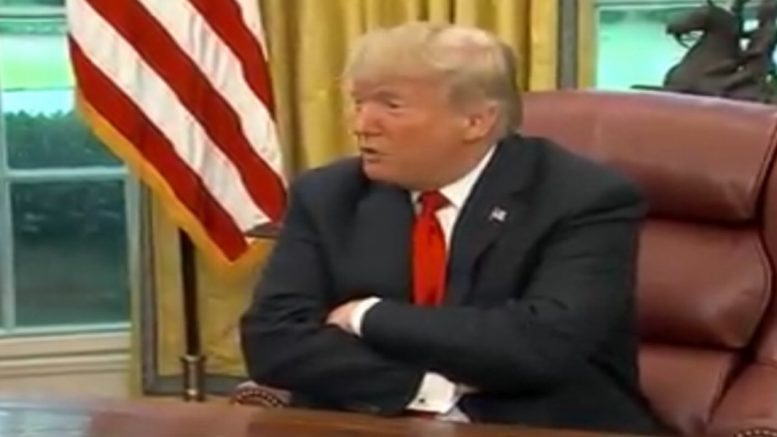 45th President Donald J. Trump issued a statement via email from his “Save America” PAC Tuesday evening, reacting to the news of a Republican congressman from Nebraska who was recently indicted for what Trump said “possibly telling some lies to investigators about campaign contributions”.

A federal grand jury on Tuesday indicted U.S. Rep. Jeff Fortenberry of Nebraska, accusing him of lying to the FBI and concealing information from federal agents who were investigating campaign contributions funneled to him from a Nigerian billionaire, News Nation Now reported.

As reported by News Nation Now:

The U.S. attorney’s office announced that the federal grand jury in Los Angeles had indicted the nine-term Republican on one charge of scheming to falsify and conceal material facts and two counts of making false statements to federal investigators.

The indictment stems from an FBI investigation into $180,000 in illegal campaign contributions from Gilbert Chagoury. The contributions were funneled through a group of Californians from 2012 through 2016 and went to four U.S. politicians, including $30,200 to Fortenberry in 2016 and $10,000 to then-Rep. Lee Terry, who represented the Omaha area in 2014.

The indictment alleges that a cohost of the 2016 fundraiser told Fortenberry that the donations probably did come from Chagoury, but Fortenberry never filed an amended campaign report with the Federal Election Commission as required. It says he later “made false and misleading statements” to federal investigators during the March 23, 2019 interview. Continued Below

In a second interview in July 2019, the indictment says Fortenberry denied that he was aware of any illicit donation made during the 2016 fundraiser.

In an email statement on Tuesday, 45th President Donald Trump wondered why nothing ever happens to Democrats who have “lied” and “made up scams”, further imploring, “Is there no justice in our Country?” Continued Below

Isn’t it terrible that a Republican Congressman from Nebraska just got indicted for possibly telling some lies to investigators about campaign contributions, when half of the United States Congress lied about made up scams, and when Mark Zuckerberg, in my opinion a criminal, is allowed to spend $500 million and therefore able to change the course of a Presidential Election, and nothing happens to them. 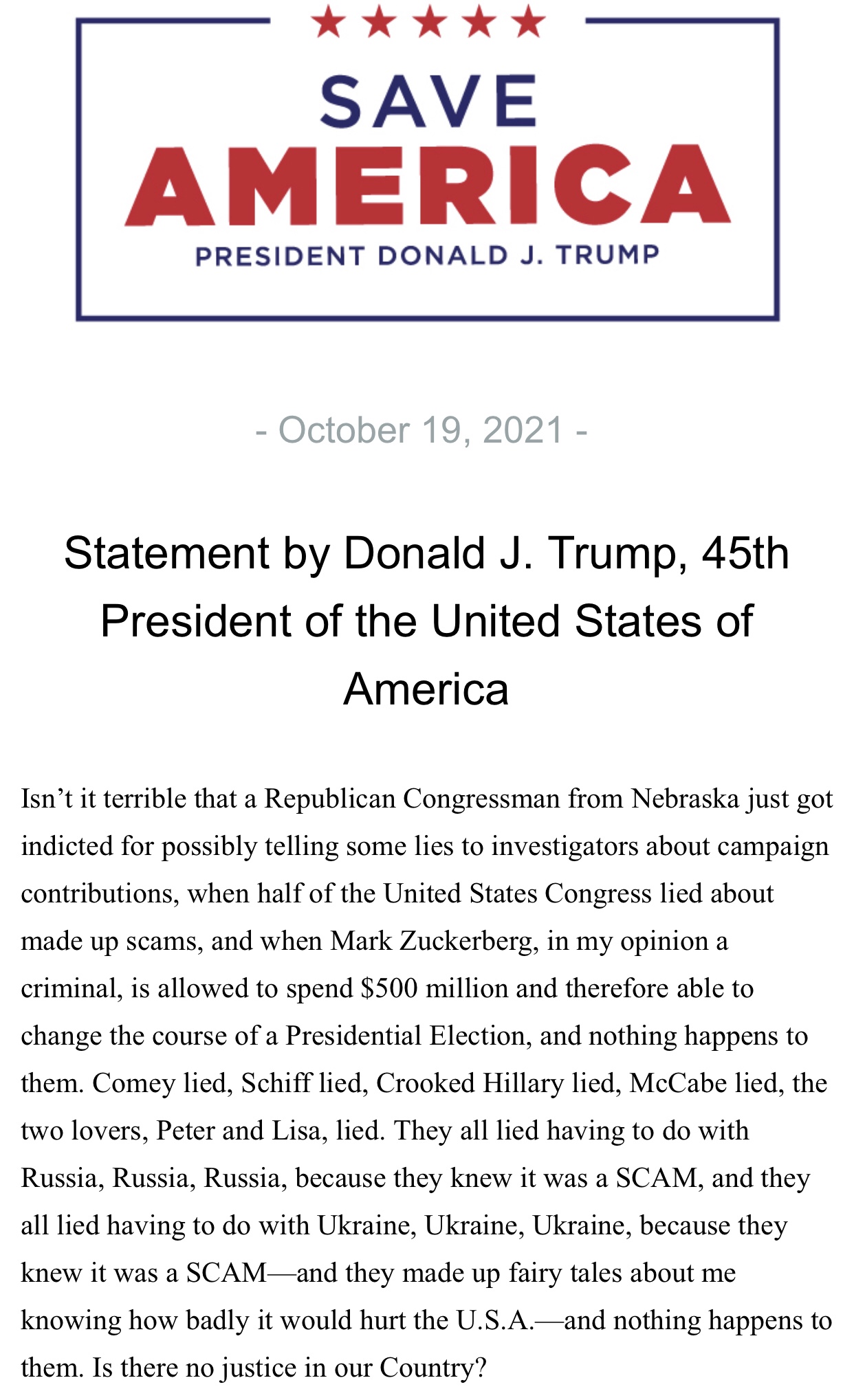