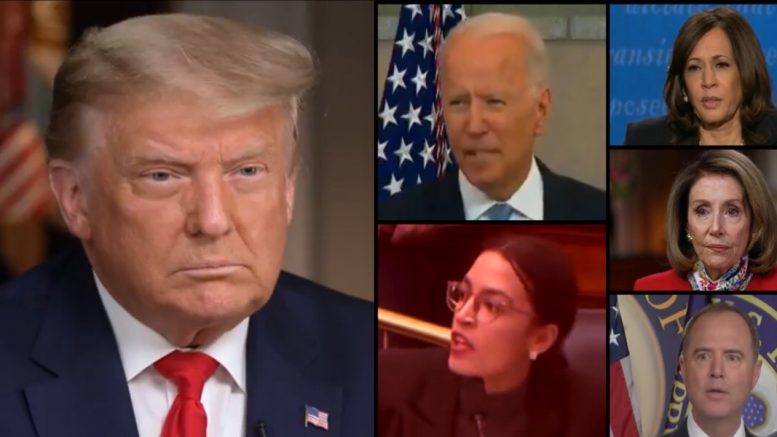 45th President Donald J. Trump issued a statement via email from his “Save America” PAC, expressing that he stands “in total solidarity with the freedom fighters in Cuba”, and at the same time, slamming the Biden administration for not taking “a stand against violent Communism”, suggesting, “Many are Communists themselves!”

Trump’s statement comes as the island was destabilized by historic protests and violent crackdowns.

The proud people of Cuba are desperate to be free from the iron boot heel of the Island’s wicked Communist Regime. These incredible warriors for freedom risk everything to take to the streets in their quest for freedom.

I stand in total solidarity with the freedom fighters in Cuba and the brave Cuban Americans who have watched their families suffer in the motherland at the hands of this heartless and brutal regime.

The Biden Administration’s refusal to forcefully condemn Communism and the Cuban Communist Regime is a national travesty.

The Biden Administration’s ludicrous suggestion that the Cubans are protesting government mismanagement—not brutal Communist oppression—is an insult to every Cuban patriot who has suffered, been imprisoned, or died in pursuit of freedom. Continued Below

Today’s Democrat Party is so far left they can’t even take a stand against violent Communism. Many are Communists themselves!

As President, I advanced a strategic vision in which the people of Cuba, Venezuela, and Nicaragua would be free, and that the Western Hemisphere would be the first fully free hemisphere in all of human history.

DHS Secretary Mayorkas does not want legitimate asylum-seekers fleeing Cuba to come to the US despite his family having done just that.

Apparently he only wants people pretending to need asylum because those people will still vote for socialist Democrats! pic.twitter.com/kEWczqyG7R 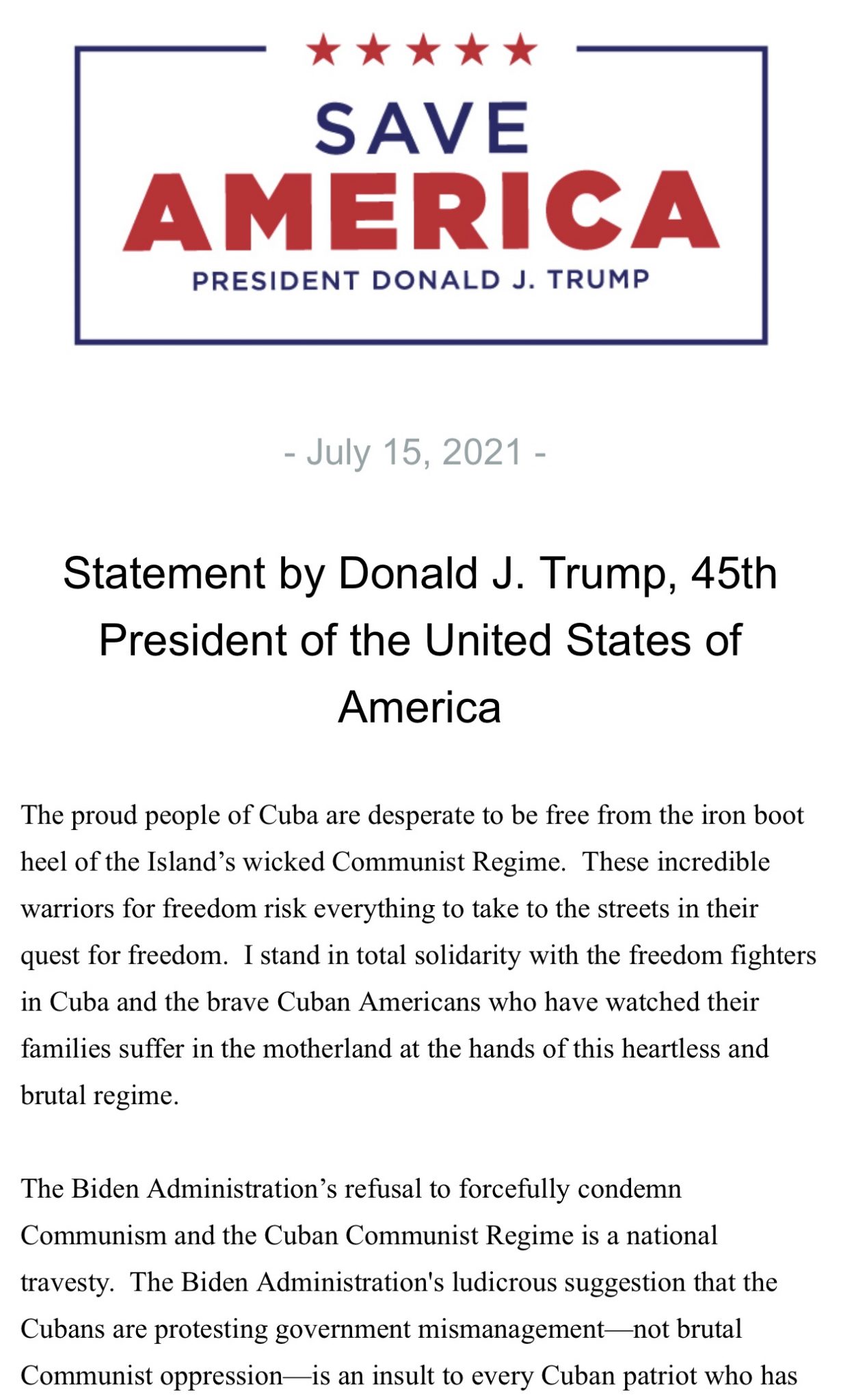 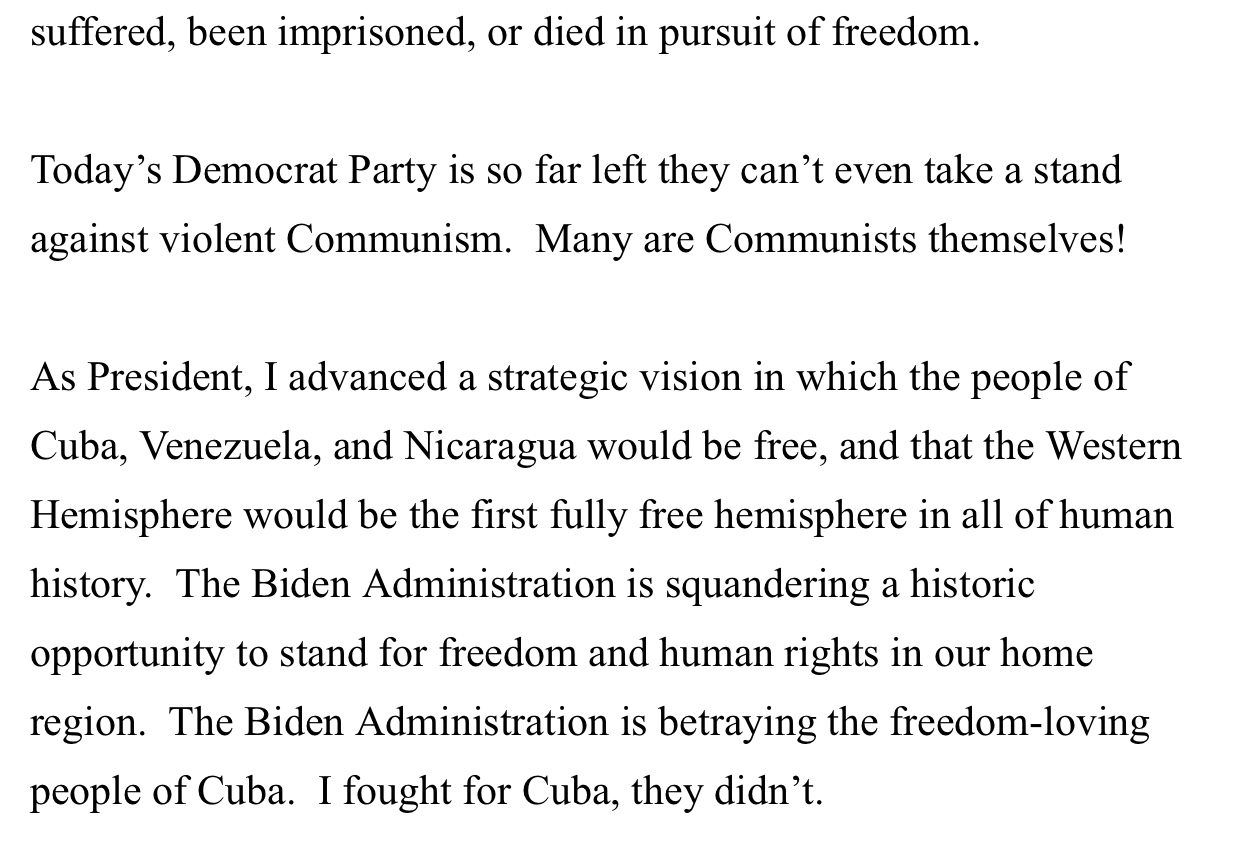 After Flip Flopping On Attending, Kamala Puts Her Irritation With Trump On Display At The Justice Forum