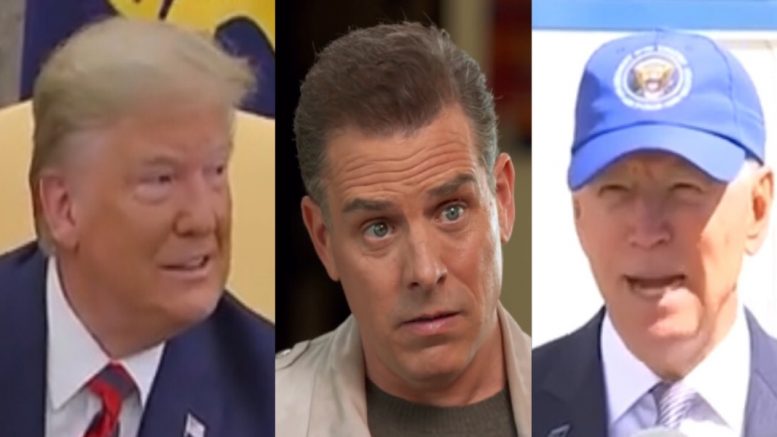 The 45th President issued a statement Wednesday via “From the Desk of Donald Trump”, taking aim at Joe Biden following the Colonial Pipeline attack and wondering if Biden put his son Hunter in charge of the nation’s energy.

Trump’s comments come as much of the East Coast grapples with the fallout from a cyberattack on the nation’s largest oil pipeline, the Colonial Pipeline. The attack, which shut down the pipeline, caused several states to declare states of emergency that will temporarily lift restrictions on transporting oil by road, Washington Examiner reported.

If there were long and horrible gas lines like this under President Trump, the Fake News would make it a national outrage!

Did Joe Biden put Hunter in charge of our energy, with all of his Burisma experience?

Even Energy Secretary Jennifer Granholm is lost! Continued Below 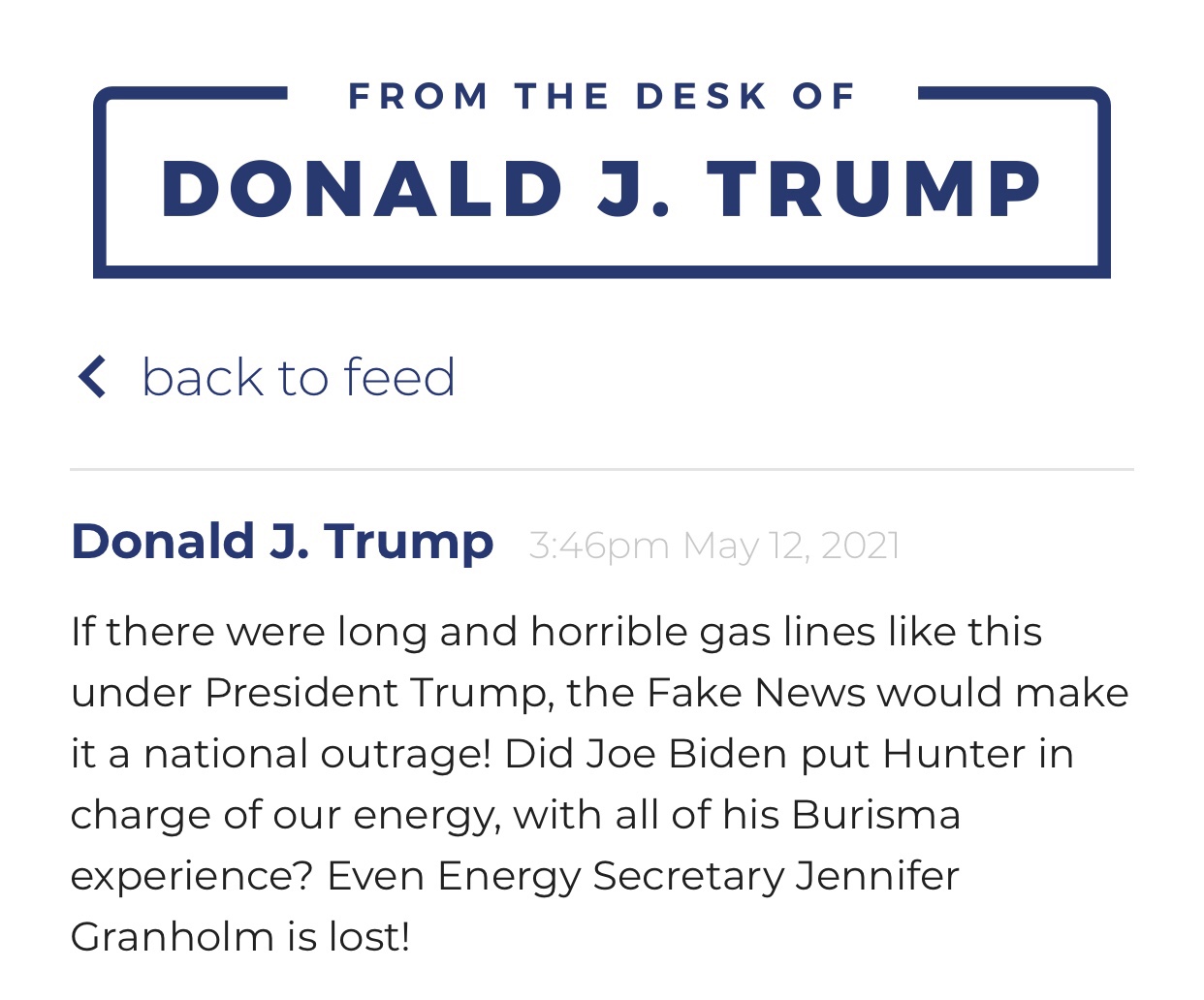 Hunter Biden served on the board of Burisma Holdings, one of the Ukraine’s largest private energy corporations when his father led U.S.-Ukraine foreign policy while serving as vice president to former President Barack Hussein Obama.

Biden has acknowledged on camera that in spring 2016, when he was vice president and spearheading the Obama administration’s Ukraine policy, he successfully pressured Ukraine to fire top prosecutor Viktor Shokin. At the time, Shokin was investigating the notoriously corrupt Burisma Holdings — where Hunter’s role was especially lucrative. The vice president threatened to withhold $1 billion in critical U.S. aid if Shokin was not fired, per Fox News.

Meanwhile, Energy Secretary Jennifer Granholm on Tuesday warned people against “hoarding” gasoline, which she said would create a “supply crunch.”

“Much as there was no cause for, say, hoarding toilet paper at the beginning of the pandemic, there should be no cause for hoarding gasoline.”

The national average for a gallon of gas surpassed $3 for the first time since 2014 on Wednesday, with experts warning that delays to reopening the pipeline could affect the summer’s travel season.

‘We Don’t Need To Do That’: WH Press Sec Jean-Pierre on Drilling More in the U.S.