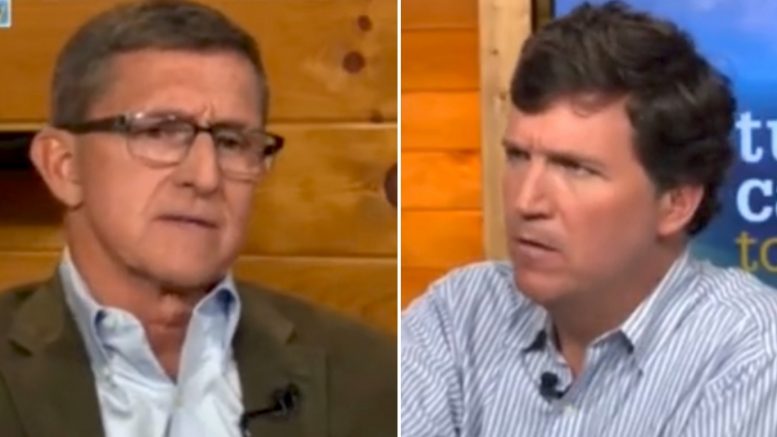 “We have two separate governments,” former NSA and DIA director Michael Flynn told Fox News host Tucker Carlson in an interview that is set to air next Monday.

“We have the one that actually gets elected and goes into office. And then you have a government inside of Washington, D.C. that operates under no rules, no authorities other than their own or whoever is in charge of their organization,” declared the retired Army Lieutenant General.

Related Article: General Flynn: ‘I Hope the Government Is Still Worried about Me Because Maybe I’ll Be Back in Government’

“Sounds like that government was controlled by Barack Obama,” replied Tucker in reference to bureaucrats who targeted Flynn while he served as the Trump Administration’s NSA Director, which paved the way for his resignation and months of costly court battles.

“I would say that to a degree is what we’re operating with today,” Flynn responded.

General Flynn says we have two separate governments. One that actually gets elected and goes into office. The other one is a small group inside of DC that operates with no rules. pic.twitter.com/fNDUS29gLV