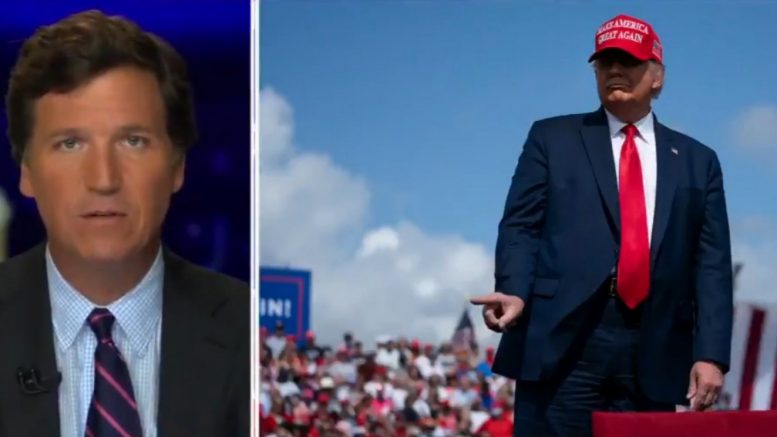 Fox News host Tucker Carlson declared on Monday night that regardless of how the 2020 election pans out, President Donald Trump will always be a “living indictment” of America’s “ruling class.”

While delivering his final assessment of the election cycle, Tucker blamed Trump’s rise to power on failures of “the people who run this country,” and their incompetence, selfishness and lack of caring about American citizens.

“The country they built — the country their ancestors fought for over hundreds of years has left them to die in their unfashionable little towns, mocked and despised by the sneering, half-wits with finance degrees, but no actual skills who seem to run everything all of the time.”

“Donald Trump is and has always been a living indictment of the people who run this country. That was true four years ago when Trump came out of nowhere to win the presidency and it’s every bit as true right now. Maybe even more true than it’s ever been, and it will remain true whether or not Donald Trump wins re-election,” he proclaimed.

“Trump rose because they failed. It’s as simple as that,” Tucker continued. “If the people in charge had done a halfway decent job with the country they inherited, if they cared about anything other than themselves — even for just a moment — Donald Trump would still be hosting celebrity apprentice. But they didn’t.”

“Instead, they were incompetent and narcissistic and cruel and relentlessly dishonest. They wrecked whst they didn’t build, they hurt anyone who told the truth about what they were doing. That’s true. We watched.”

“America is still a great country — the best in the world — but our ruling class is disgusting. A vote for Trump is a vote against them,” he concluded. Video Below

Donald Trump is and has always been a living indictment of the people who run this country. That was true four years ago when Trump came out of nowhere to win the presidency and it's every bit as true right now. Our ruling class is disgusting. pic.twitter.com/0JLb6L5AFR