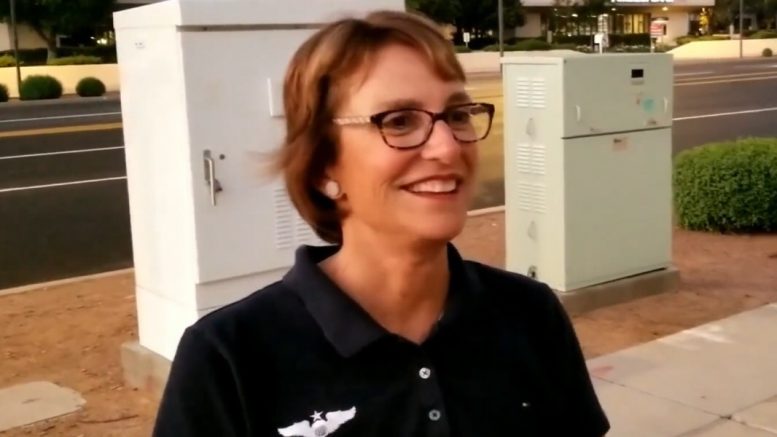 Maricopa County officials and the mainstream media appear to be trying to get ahead of the Maricopa County forensic audit final results based on a single line from a “leaked draft“, which circulated on Thursday evening.

The draft report shows there was less than a 1,000-vote difference between the county’s certified ballot count and the Cyber Ninjas’ hand count. The hand count shows Trump received 45,469 fewer votes than Biden. The county results showed he lost by 45,109, AZ Central, a left-leaning publication, reported.

As reported by NoQ Report:

According to the draft, the hand-recount aspect of the audit revealed numbers that were very close to the originally certified numbers. In fact, it shows Joe Biden had more votes and Donald Trump had less than the original count. Mainstream media is already latching onto this point, but here’s the thing: this was expected. There has never been much of a question of whether the ballots were counted properly. The biggest point of contention is how many of those ballots were illegally cast.

The draft report reveals there are at least 42,727 ballots that are categorized as “critical” or “high” impact discrepancies. These include ballots mailed from addresses where the voters no longer live (23,344), voters who voted in multiple counties (10,342), and more ballots returned by voters than received (9,041).

The draft report also states: “Mail-in ballots were cast under voter registration IDs for people that should not have received their ballots by mail because they had moved, and no one with the same last name remained at the address. Through extensive data analysis we have discovered approximately 23,344 votes that meet this condition. Mail-in ballots are, by Arizona law A.R.S. § 16- 558.01, never forwarded.”

Boris Epshteyn tweeted a screenshot of “the number of illegal ballots found” in Maricopa County revealed from the draft report:

To all those trying to spin the Arizona Audit, spin this:

The number of illegal ballots found in Maricopa County alone is over 4 times the current amount separating President Trump and Joe Biden in Arizona as a whole.

State Senator Wendy Rogers (R) reacted to the “leaked draft” on Thursday evening, saying that she spoke to Cyber Ninja’s Doug Logan and the draft “is only a partial report”.

“[Friday’s] hearing will render findings of great consequence. Then [Logan] said ‘God is in control'”, Senator Rogers wrote. “Please pray for our audit team … as they present their findings.”

I just talked to Doug Logan via phone. The leaked draft is simply a draft and is only a partial report. Tomorrow's hearing will render findings of great consequence. Then he said "God is in control". Please pray for our audit team tomorrow as they present their findings.🙏🙏🙏

This is from the leaked audit report & it clearly shows that the margin of potentially fraudulent votes in ONE COUNTY compared to what was verified is way beyond the 10,457 votes (0.3%) that “won” Arizona in 2020. #AmericasAudit pic.twitter.com/FkzYErlN6Y

The highly expected final draft report(s) will be presented to the Arizona State Senate hearing, which is scheduled at 4 pm ET.

Senator Rogers also posted a video of Fox News’ Bret Baier who called Arizona for Biden on November 3 “before 1 million votes were even counted”.

Remember when @BretBaier called Arizona for Biden before 1 million votes were even counted? The #FakeNews didn't even wait for the votes, which means they were all IN ON IT. #MockingbirdMedia pic.twitter.com/9jm5ui4yJq

On Wednesday, Rogers asked Baier to “please issue a retraction for your improper early Arizona call”.

Just bringing this back up because the #AZAudit is coming out day after tomorrow. @BretBaier please issue a retraction for your improper early Arizona call. https://t.co/WVXJvHKNbt

I wonder if @BretBaier got any sleep last night?