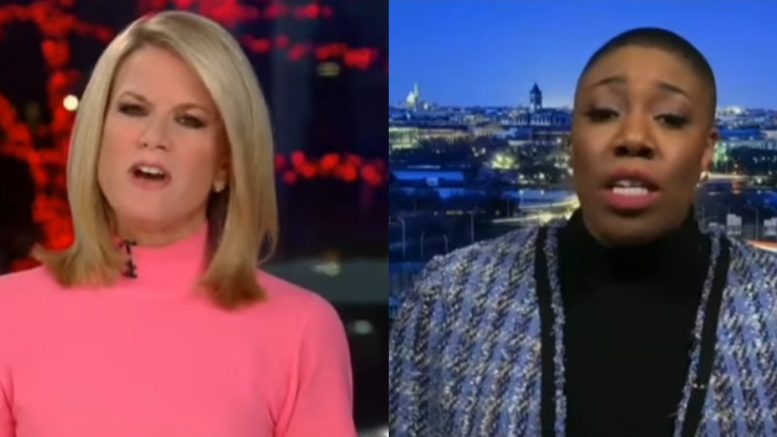 Sanders suggested that the phrase “Chinese Virus” is a “racial slur” that is “offensive to many Americans.” However, MacCallum disagreed and basically told Sanders that she has it all wrong.

It all started when Sanders said the following about Trump’s press conference: “Some of what he said today was good, but the reality is he also stood at the podium and called the coronavirus COVID-19 what I would suggest is a racial slur.”

MacCallum cut in and asked, “Why is it a racial slur? To call it a Chinese virus when it originated in China — why is that a problem?”

Sanders replied, “It is something that is offensive to many Americans.”

Martha wasn’t buying Sanders’ claim and fired back, “Let’s be serious for a second here. The MERS Virus is M-E-R-S. Do you know why it’s called MERS? Why is it called ‘MERS’ — that virus?” Sanders clearly didn’t know how to respond, so MacCallum answered for her, “Because it’s called the Middle Eastern respiratory syndrome, because that’s where it originated.”

Martha continued, “So this idea, this sort of rabbit hole of getting into this whole issue of racism I just think is so counter-productive to what we’re trying to do here.”

“I just talked to an amazing scholar on China moments ago who said absolutely China at the leadership level has tried to obfuscate and be everything but transparent from the very beginning, they lied and lied about this situation. Why is it not okay to recognize where it originated?” MacCallum questioned. But Sanders reverted back to the whole idea that it is “offensive” to Americans.

Once again, Martha knocked down the notion made by Sanders and replied, “No one is suggesting that American Chinese people are responsible. Every thinking human being who looks at this understands that the reference is to the origin of the virus and also the leadership in terms of how that virus was handled in the country of origin. So I’m going to leave it there. I mean, come on.” Video Below