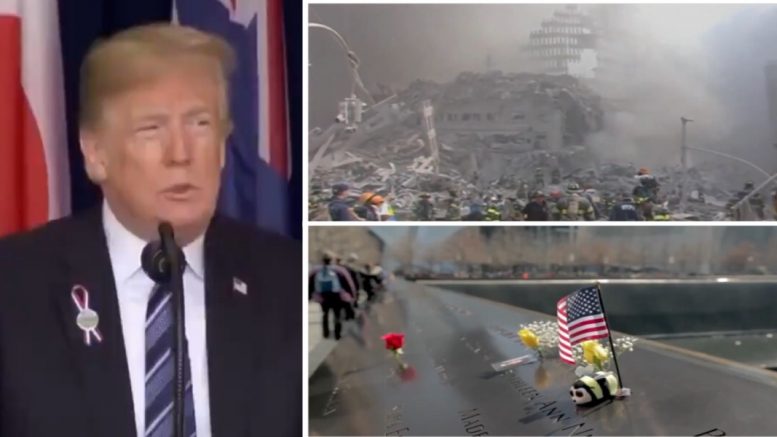 45th President Donald J. Trump sent out an email on Friday, informing his readers that his “Save America” PAC released a memorial video ahead of the 20th anniversary of 9/11.

The video is titled: “You Will Never Be Forgotten” and features some of Trump’s remarks during a sobering, patriotic speech last year, in rural Shanksville, Pennsylvania where Flight 93, hijacked by terrorists, crashed in a field, killing all 40 on board.

The video also recapped brief remarks made by Donald Trump in New York City after 9/11 occurred.

“We come here in the knowledge that we can erase the pain or reverse the evil of that dark and retched day, but we offer you all that we have; our unwavering loyalty, our undying devotion, and our eternal pledge that your loved ones will never, ever, ever be forgotten,” the 45th President said at a September 11th Pentagon Observance Ceremony in Arlington, VA in 2019.

Pelosi Calls Anti-Lockdown Protests ‘Unfortunate’, Sarah Sanders Reacts: “What’s Unfortunate Is That An Out Of Touch Multi-Millionaire Is Holding Up Funding”

Trump Urges Voters not to Cast Their Ballot for PA Gubernatorial Candidate McSwain: ‘A Coward who let our Country Down’