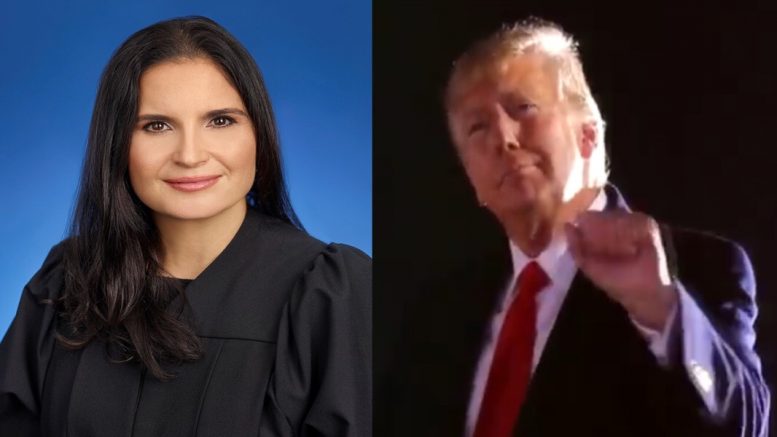 Florida Federal Judge Aileen Cannon, on Labor Day, granted 45th President Donald Trump’s request to have a special master review the documents seized during the FBI raid on his Mar-a-Lago home following his August 22 motion he filed against the federal government.

A special master will ultimately tap the breaks on the government’s investigation which will allow the special master “to review the seized property for personal items and documents and potentially privileged material subject to claims of attorney client and/or executive privilege.”

Trump’s team made its initial request in a filing last month in federal court in Florida, after Magistrate Judge Bruce Reinhart ruled to issue a heavily redacted release of the affidavit that allegedly helped justify the warrant for the FBI to search Trump’s Palm Beach estate.

Judge Cannon, in her ruling, said “Pursuant to the Court’s equitable jurisdiction and inherent supervisory authority, and mindful of the need to ensure at least the appearance of fairness and integrity under the extraordinary circumstances presented, Plaintiff’s Motion [ECF No. 1] is GRANTED IN PART.”

“The Court hereby authorizes the appointment of a special master to review the seized property for personal items and documents and potentially privileged material subject to claims of attorney client and/or executive privilege. Furthermore, in natural conjunction with that appointment, and consistent with the value and sequence of special master procedures, the Court also temporarily enjoins the Government from reviewing and using the seized materials for investigative purposes pending completion of the special master’s review or further Court order,” the ruling states.

The judge, however, said that the order “shall not impede the classification review and/or intelligence assessment by the Office of the Director of National Intelligence (“ODNI”) as described in the Government’s Notice of Receipt of Preliminary Order.”

Director of National Intelligence Avril Haines told two congressional committees she would report to them on the national security documents uncovered at Mar-a-Lago.

The judge told lawyers for Trump and the government to confer and submit a list of possible special master candidates, as well as a schedule for review and compensation.

The judge held back a ruling on Trump’s request for return of property taken during the raid.