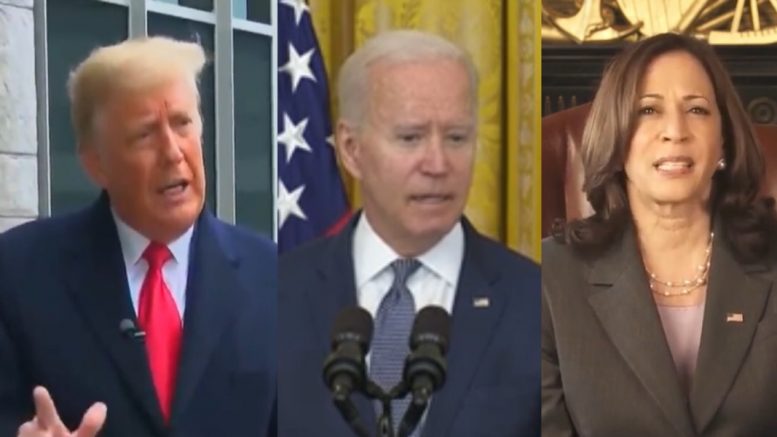 According to a recent Department of Homeland Security document reported by NBC News, more than 18 percent of family units crossing the border and about 20 percent of unaccompanied minors recently tested positive for COVID-19. The document did not give the timeframe of the sample. US Immigration and Customs Enforcement has had to scramble to remove infected illegal immigrants from flights to resettle them farther away from the border, NBC News reported.

45th President Donald J. Trump highlighted the report in a Monday email statement from his “Save America” PAC, insisting, “This is what a Rigged and Corrupt Presidential Election gets you!”

Just reported that over 20% of the people coming across our Southern Border have Coronavirus (sometimes referred to as the China Virus), many of them being immediately released into our communities—and then our “Government” tells you how to mask up, use three if possible, and how to otherwise act as highly infected people pour into our Country.

Finish the wall in one month, stop paying contractors billions of dollars for NOT building the wall, and stop allowing some of the worst prisoners and criminals anywhere in the world into our Country—jails of other countries are being emptied into ours.

Such a thing has never happened to any nation before. This is what a Rigged and Corrupt Presidential Election gets you! 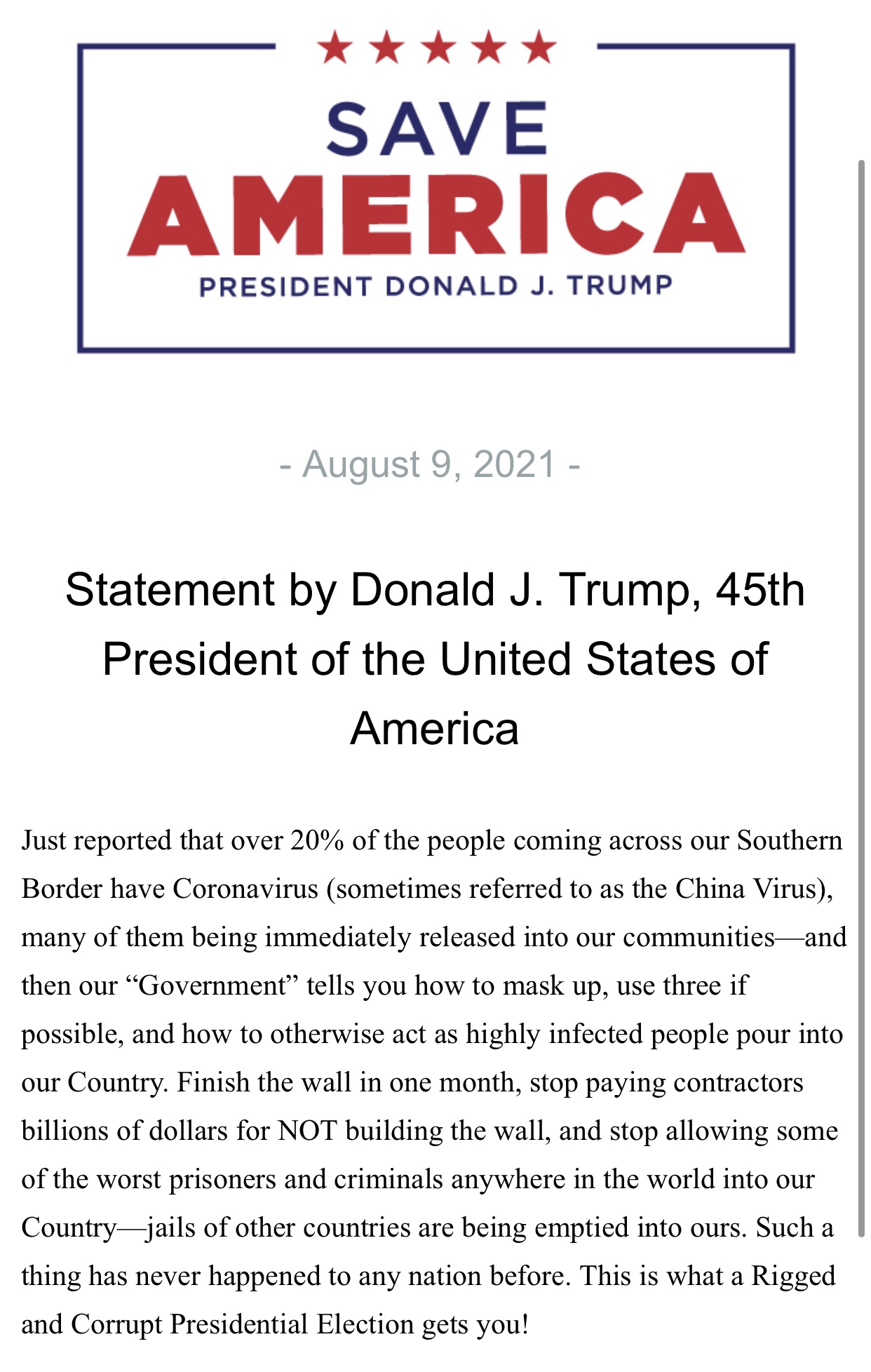 UPDATE: Apparently I drastically undercounted the amount of migrants under this bridge on Sunday. Some Border Patrol agents reached out and told me it was well over 4,000 migrants. Just talked face to face w/ an agent who was there that day. He told me it was 5,000. @FoxNews https://t.co/gRMj0o9KjV

BREAKING: The city of McAllen has started constructing emergency shelters for illegal immigrants released by Border Patrol. The city says the federal government is releasing “an alarming number of immigrants into McAllen, and that the feds aren’t testing them for COVID. @FoxNews pic.twitter.com/hy9TbKtgCM

Keep in mind, these numbers do not include the “gotaways”.

(Related: Donald Trump On The Southern Border: “This Is Far More Than A Crisis—Our Country Is Being Destroyed!”)

Trump Issues a Memorial Day Statement: ‘God Bless All of Those who Fought & Worked Sooo Hard to Build & now SAVE, Our Country’