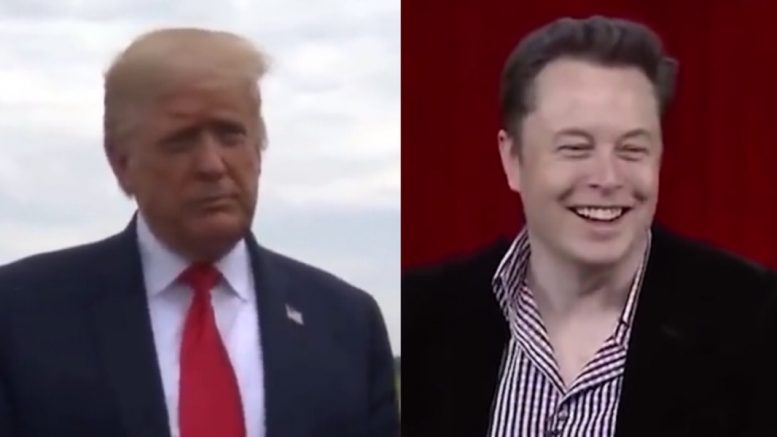 45th President Donald J. Trump reacted after Twitter CEO Elon Musk on Thursday released and revealed — via journalist Bari Weiss — “that teams of Twitter employees build blacklists, prevent disfavored tweets from trending, and actively limit the visibility of entire accounts or even trending topics — all in secret, without informing users.”

Following the latest disclosures in Musk’s ongoing Twitter Files saga — which included the revelation that Twitter had “secret blacklists” of users to “shadow ban,” or limit their reach — Trump took to his own social media network of Truth Social Dec. 9 to suggest additional disclosures, Samantha Flom at The Epoch Times reported.

“ELON: The Twitter releases are a revelation in that they show, in a very powerful fashion, the FBI and ‘Justice’ illegally colluding, proving conclusively, in one more very powerful way, that the 2020 Presidential Election was Rigged & Stolen,” President Trump wrote.

“What everyone is REALLY waiting to see, however, is the Twitter information and thought process leading up to the time of the so-called ‘Election,’ and ultimately the ‘Deplatforming’ of the President of the United States. Big moment in history. Thank you! he added.

In another post, Trump assailed the FBI and Justice Department for conspiring with Big Tech to carry out “their most sinister act in history.”

“WHAT IS GOING ON WITH THE FBI & ‘JUSTICE’ DEPARTMENT? THEY SEEM TO BE TOTALLY OUT OF CONTROL! THERE IS, RIGHT NOW, A ‘WEAPONIZATION’ OF JUSTICE THE LIKES OF WHICH OUR COUNTRY HAS NEVER SEEN BEFORE. THE TWITTER AND FACEBOOK SCANDAL HAS ALREADY PROVEN TO BE, WITH THE POSSIBLE EXCEPTION OF SPYING ON MY CAMPAIGN,THEIR MOST SINISTER ACT IN HISTORY. EVEN THE RINOS & THE WEAK ARE OPENLY ADMITTING THAT THE 2020 ELECTION WAS RIGGED, BUT IN A DARKER WAY THAN EVER THOUGHT POSSIBLE. SO MANY LIVES DESTROYED! Trump wrote.

Trump reacted to the internal “Twitter Files” on Truth Social, wondering, “do you throw the Presidential Election Results of 2020 OUT and declare the RIGHTFUL WINNER, or do you have a NEW ELECTION?”