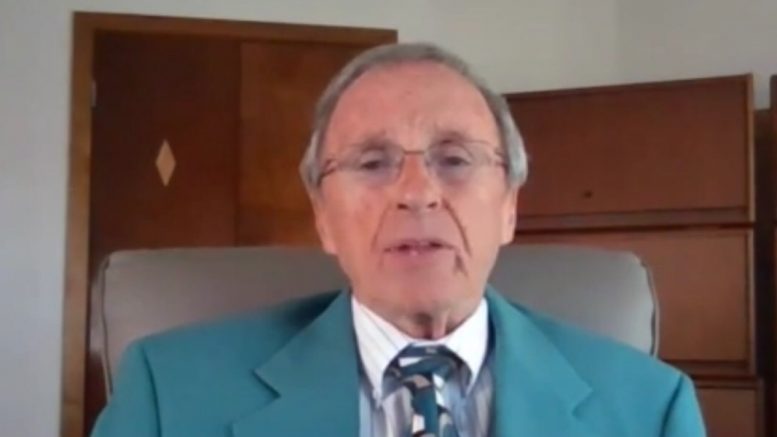 Garland Favorito, who is seeking a review of absentee ballots– alleging fraud in Fulton, Georgia during the November 2020 general election, spoke with Steve Bannon on War Room on Wednesday, asserting new evidence of malfeasance coming out of Fulton County, Georgia regarding the election.

An independent election audit team pouring through ballot images in Fulton County have found numerous examples of alleged fraudulent ballots that were double-counted in the election. The forensic auditing team walked people through the double-counted ballots from the 2020 election in a video release, as previously reported by The Freedom Times.

Favorito listed a few of the key points discovered, saying, “We determined that there was a 60% error rate in the Georgia audit. That’s when you compare the numbers that Biden got, the numbers that Trump got, and the total numbers of that race. … The error rate is 60%. In other words, what that means is that the images don’t add up to what was reported in the audit. And if you remember, the audit was used to verify the certified results.”

“When you look at the actual ballot images, they don’t say that. They show more realistically– they show Biden with 60 votes, Trump with 40 and so on and so on. We put up a table that shows here’s what the actual ballot images were and here’s what the tally sheet said that were actually published by the secretary of state, and it was completely false,” Favorito said. Continued Below

Favorito told Bannon the information was taken to the county commissioner Wednesday morning to “act on them”.

“There’s a 2,500 gain for Biden in the public [documents],” Favorito said. Video Below 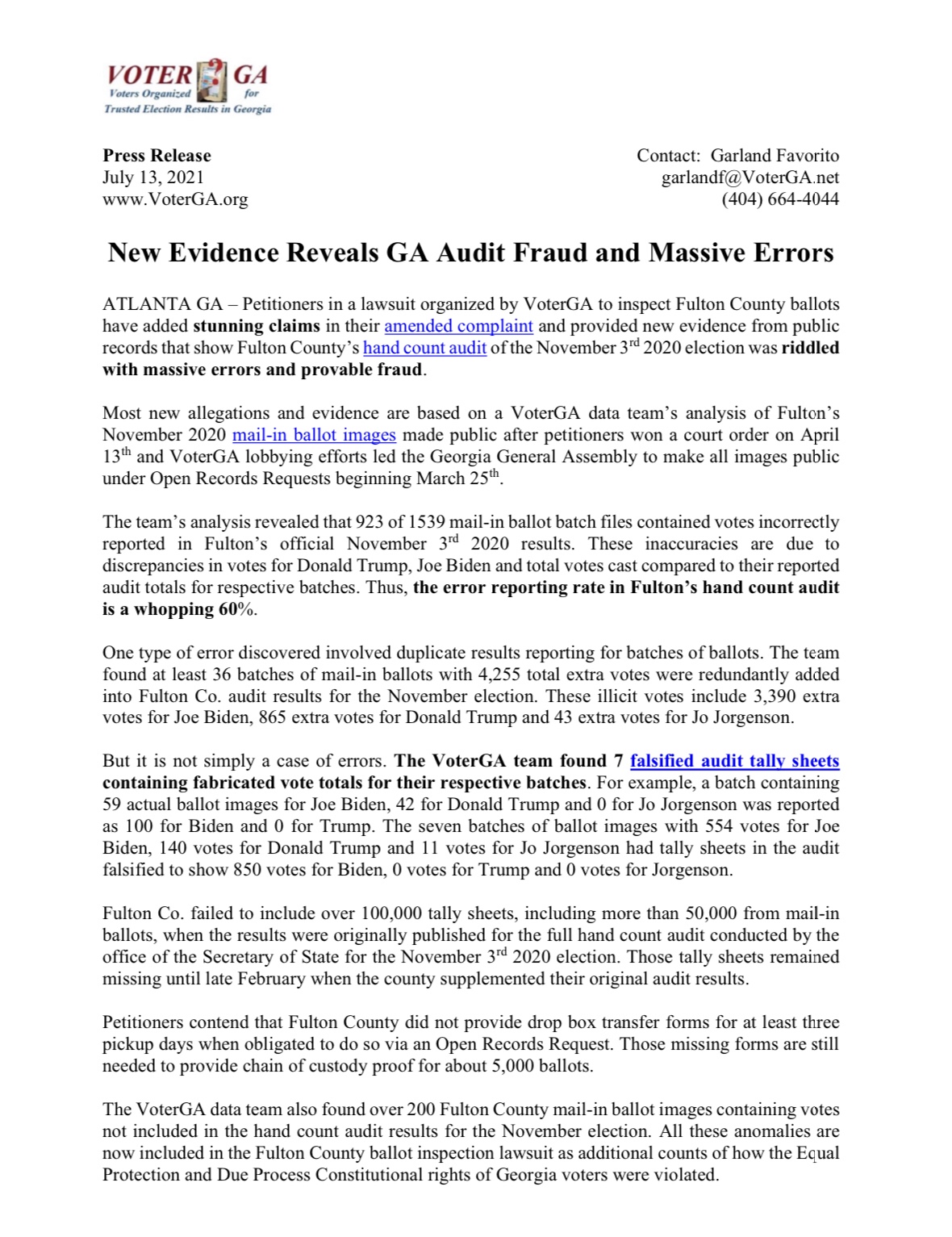 BREAKING!🚨Evidence shows that batches were scanned in several times in Fulton County, GA contrary to what GA’s voting system implementation manager @GabrielSterling tweeted out. @GAballots breaks down what we’re looking at. MUST WATCH! @RealAmVoice https://t.co/ymBQ2womwQ pic.twitter.com/t7Spp4pTtV

FULTON COUNTY, GA: 🚨🚨🚨 More evidence from @VoterGa shows audit tally sheets were marked entirely for @JoeBiden despite having votes for Donald Trump and Jo Jorgensen in those batches. Must watch! @RealAmVoice pic.twitter.com/RPOBsCON7Q

Wendy Rogers to AZ’s Secretary of State: ‘You Will Not Be Governor – You Are Going to the SLAMMER’