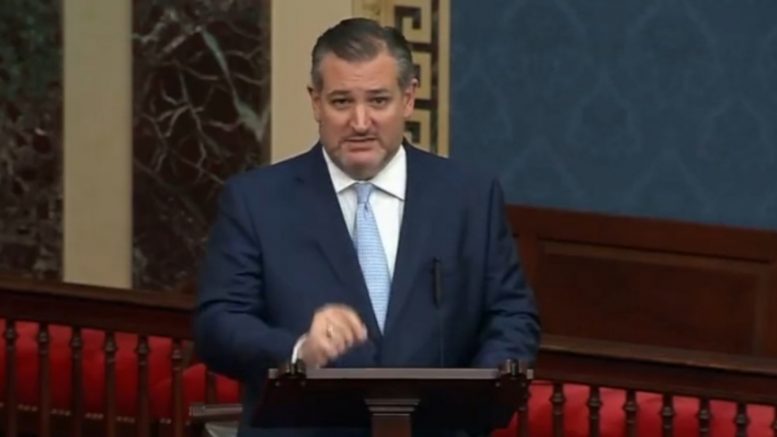 Sen. Ted Cruz slammed Democrats after S.1, also known as the ‘For The People Act’, failed to garner enough votes to advance in the Senate.

In his speech following the vote, Cruz continued to refer to the bill as the ‘Corrupt Politicians Act’ — a nickname coined by the senator — and compared it to Jim Crow laws of the past.

“The majority leader (Chuck Schumer) used the phrase Jim Crow 2.0 and inadvertently he’s right but not about what he is describing. He’s right about the Corrupt Politicians Act.

“The Corrupt Politicians Act follows the exact same pattern that Jim Crow did. It is partisan legislation written by elected Democrats designed to keep elected Democrats in office and to steal the right to vote from the citizenry to decide on somebody else.

“Democracy is too important for that and the kind of cynical racial demagoguery that we have seen around this bill, while ignoring the substance of it.”