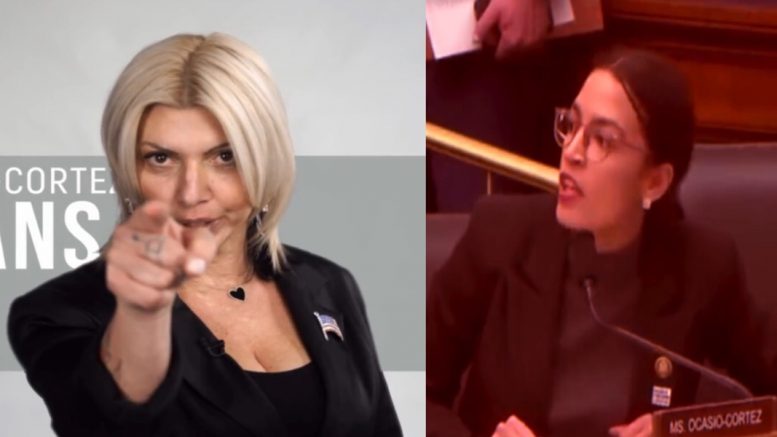 Tina Forte, an unfiltered, proud deplorable, according to her Twitter profile, who gained fame on social media, has launched a congressional bid for Congress in New York’s District 14 against Rep. Alexandria Ocasio-Cortez (D-NY).

“The D.C. swamp is knee-deep in garbage, and it’s time someone takes out the trash. AOC, that means you!” Forte expressed in a campaign video.

“In just a little over two years in Congress, AOC made a name for herself at the expense of her constituents in the 14th congressional district of New York,” Tina Forte said. “After living all my life in New York City, I’ve never been so embarrassed by someone as I am of AOC.”

“She went to Congress as a joke,” Forte proclaimed. “It’s the only thing that makes sense. AOC and her squad of commies are only good for one thing and that’s showing the American people how anti-American they really are.”

“While Joe Biden is asleep, rampant socialist are running the country from within Congress. Democrats have converted to communists, and they are destroying America right in front of us. Just look at New York. The NYPD was defunded $1 billion in 2020 while our country was burnt to the ground. And I will call it out,” she explained in her video.

“During the violent 2020 BLM riots in New York City, you can be arrested for shopping at a department store because of a pandemic, but if you looted it and burnt it to the ground, that was okay. It was in the name of justice for George Floyd,” Forte said. Continued Below

“It’s time for real patriot to go to Congress and and defend the country from falling from chaos. I’m real Tina Forte. I’m a mother. I am grandmother. I’m a small business owner, and I am unapologetically America first,” Tina Forte said.

“I am running for Congress in district 14 against AOC in New York,” she added.

You can read more about Tina Fore HERE. Video Below

It's time to take out the trash in DC, AOC I'm coming for you and your seat!

I'm ready to get my hands dirty and 'DRAIN THE SWAMP" once and for all.

Dr. Fauci: “To My Knowledge, None Of Us Have Ever Been Told To Slow Down On Testing. That Just Is A Fact”