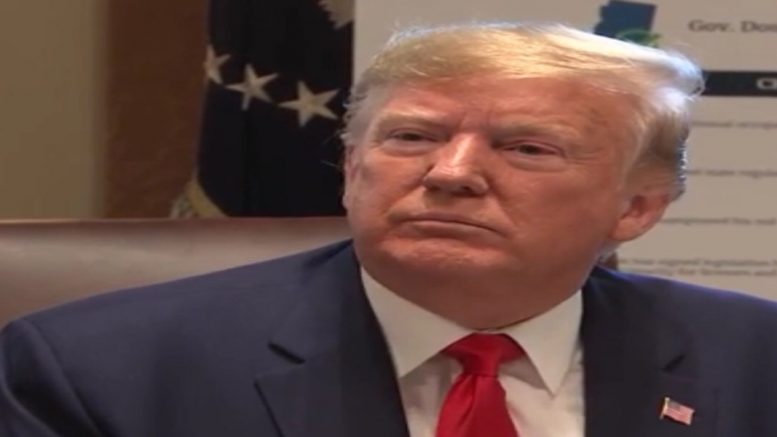 Henry County Superior Court Judge Brian Amero told parties in an election integrity case on Thursday that a previously scheduled meeting was canceled after officials filed a last minute motions in the case. The parties were scheduled to meet at the Fulton County ballot storage location on May 28. Last week, Judge Amero ruled to unseal absentee ballots submitted in the 2020 presidential election, as previously reported by The Freedom Times.

The 45th President issued a statement Friday via email from his “Save America” PAC, wondering why “the Radical Left Democrats in Georgia fighting so hard” to stop a forensic audit in Fulton County, Georgia.

“Why are the Radical Left Democrats in Georgia fighting so hard that there not be a Forensic Audit of 150,000 absentee ballots in Fulton County?” former President Donald Trump asked.

“There can be only one reason, and that is because they know the vote was corrupt and the audit will show it. Republicans must fight hard and win!” he declared in his statement.

Voting-integrity advocate Garland Favorito is seeking to review absentee ballots in Fulton County as part of a court case alleging county workers fabricated ballots and counted some ballots multiple times on election night, as previously reported by this publication.

The recent motions were filed by Fulton County, the county’s Board of Registration and Elections, and the county’s clerk of Superior and Magistrate Courts. Continued Below

Judge Amero said the motions must be heard before the plaintiffs can gain access to the absentee ballots. He proposed a June 21 hearing, but the order scheduling the hearing hasn’t yet been filed, The Epoch Times reported.

“It seems like a desperation move. The silver lining is that we now have more time to perfect the changes we had to make in our inspection plan,” Garland Favorito, the lead petitioner, told The Epoch Times via email.

County officials argued that the complaint filed by voters should be dismissed because the petitioners failed to serve, or even attempt to serve, the county. They also said Fulton County doesn’t have final control over elections, that petitioners aren’t entitled to declaratory judgment, and that petitioners haven’t complied with election contest requirements, per The Epoch Times. Continued Below 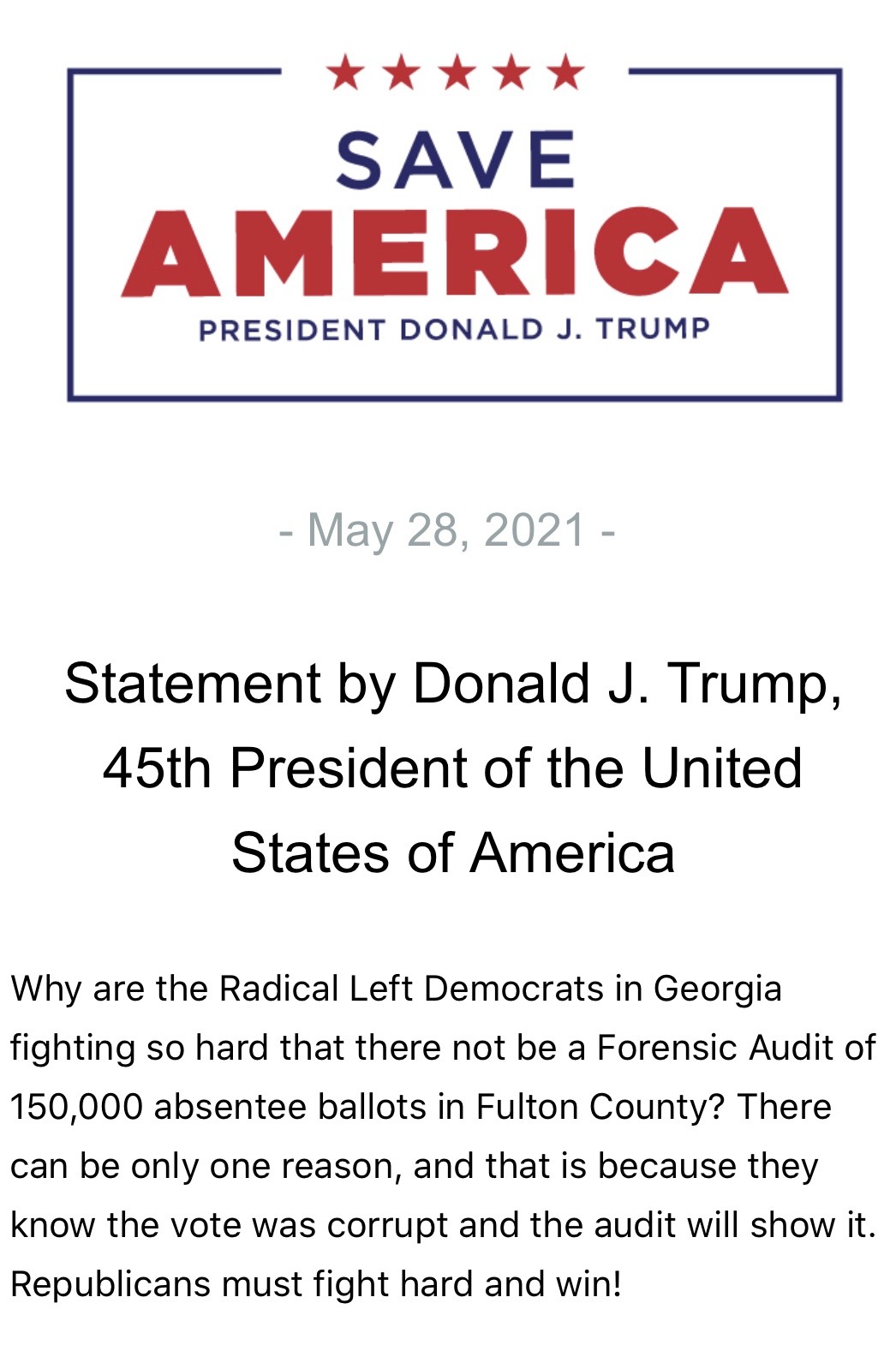 Former President Donald Trump issued a statement in March, demanding a “strong investigation” into Fulton County and “the Stacey Abrams political machine” following a retraction from far-left Washington Post, who falsely claimed that Trump, in a phone call with Frances Watson, chief investigator with the Georgia Secretary of State’s office, had asked to “find the votes”.

Be the first to comment on "Trump Reacts As GA Judge Delays Planned Ballot Inspection In Fulton County: “Republicans Must Fight Hard & Win!”"