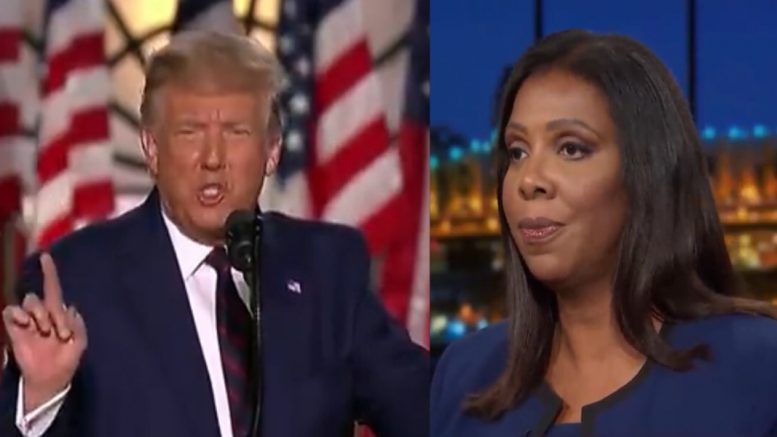 New York’s Attorney General, Letitia James (D), is reportedly investigating the Trump Organization for criminal offenses. The office, led by James, has been investigating the company for civil tax offenses since early 2019, but the investigation has now escalated.

In a blistering statement, former President Donald Trump reacted to the investigation via “From the Desk of Donald J. Trump” on Wednesday, saying in part, “There is nothing more corrupt than an investigation that is in desperate search of a crime”.

James campaigned on the promise that she would investigate President Trump and his family, which some experts say may impact how credible any charges may be because it undermines her impartiality. It’s unclear what James’ office will focus their investigation on, but they say they’re joining Manhattan DA Cyrus Vance, who had launched an investigation in 2018.

In a lengthy statement, President Donald Trump responded, saying: “I have just learned, through leaks in the mainstream media, that after being under investigation from the time I came down the escalator 5 ½ years ago, including the fake Russia Russia Russia Hoax, the 2 year, $48M, No Collusion Mueller Witch Hunt, Impeachment Hoax #1, Impeachment Hoax #2, and others, that the Democrat New York Attorney General has ‘informed’ my organization that their ‘investigation’ is no longer just a civil matter but also potentially a ‘criminal’ investigation working with the Manhattan District Attorney’s Office.”

“There is nothing more corrupt than an investigation that is in desperate search of a crime. But, make no mistake, that is exactly what is happening here. The Attorney General of New York literally campaigned on prosecuting Donald Trump even before she knew anything about me. She said that if elected, she would use her office to look into ‘every aspect’ of my real estate dealings. She swore that she would ‘definitely sue’ me,” the former president stated. Continued Below

She boasted on video that she would be, and I quote, ‘a real pain in the ass.’ She declared, ‘just wait until I’m in the Attorney General’s office,’ and, ‘I’ve got my eyes on Trump Tower.’ She also promised that, if elected, she would ‘join with law enforcement and other Attorney Generals across this nation in removing this President from office,’ and, ‘It’s important that everyone understand that the days of Donald Trump are coming to an end.’

The Attorney General made each of these statements, not after having had an opportunity to actually look at the facts, but BEFORE she was even elected, BEFORE she had seen even a shred of evidence. This is something that happens in failed third world countries, not the United States.

If you can run for a prosecutor’s office pledging to take out your enemies, and be elected to that job by partisan voters who wish to enact political retribution, then we are no longer a free constitutional democracy. Continued Below 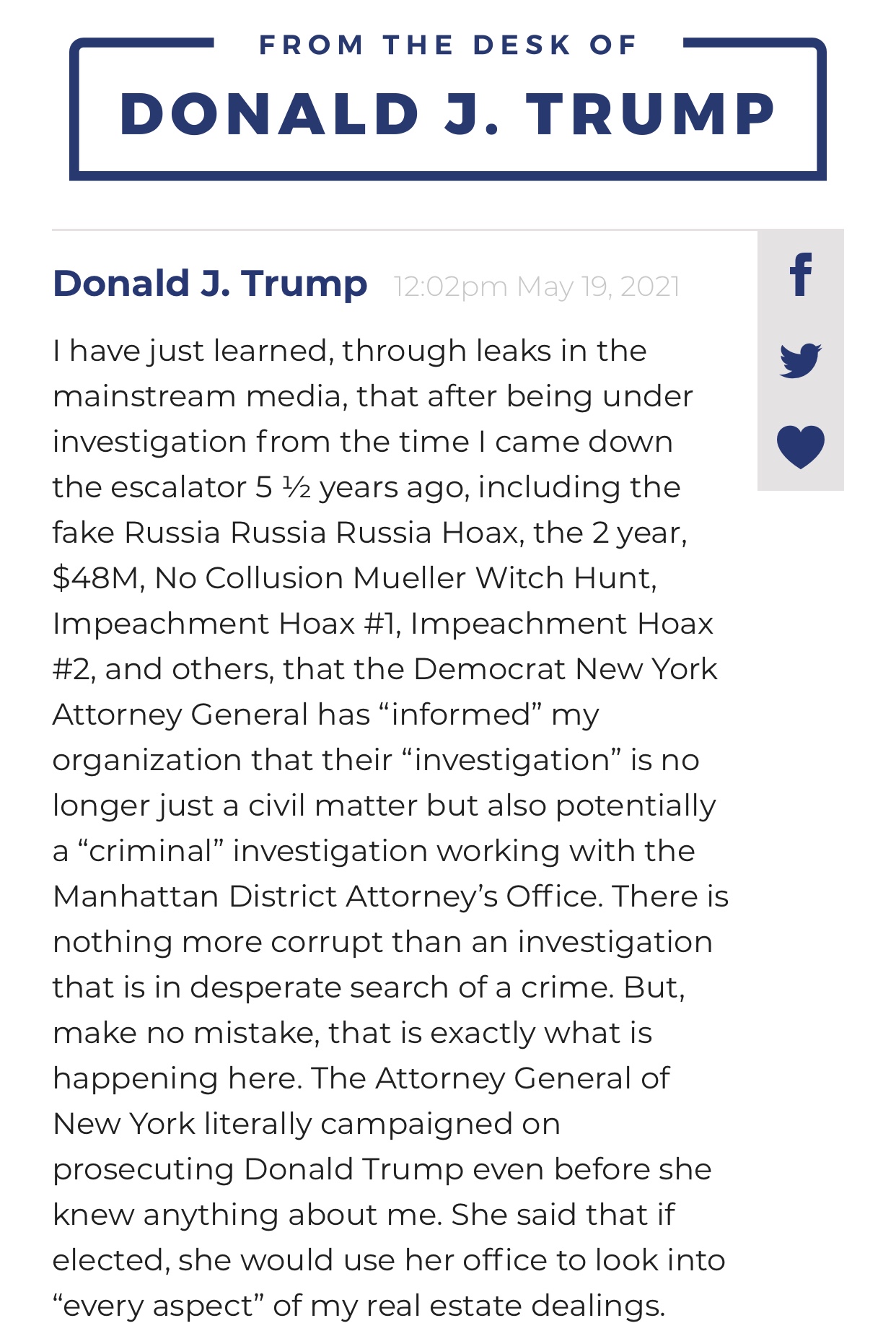 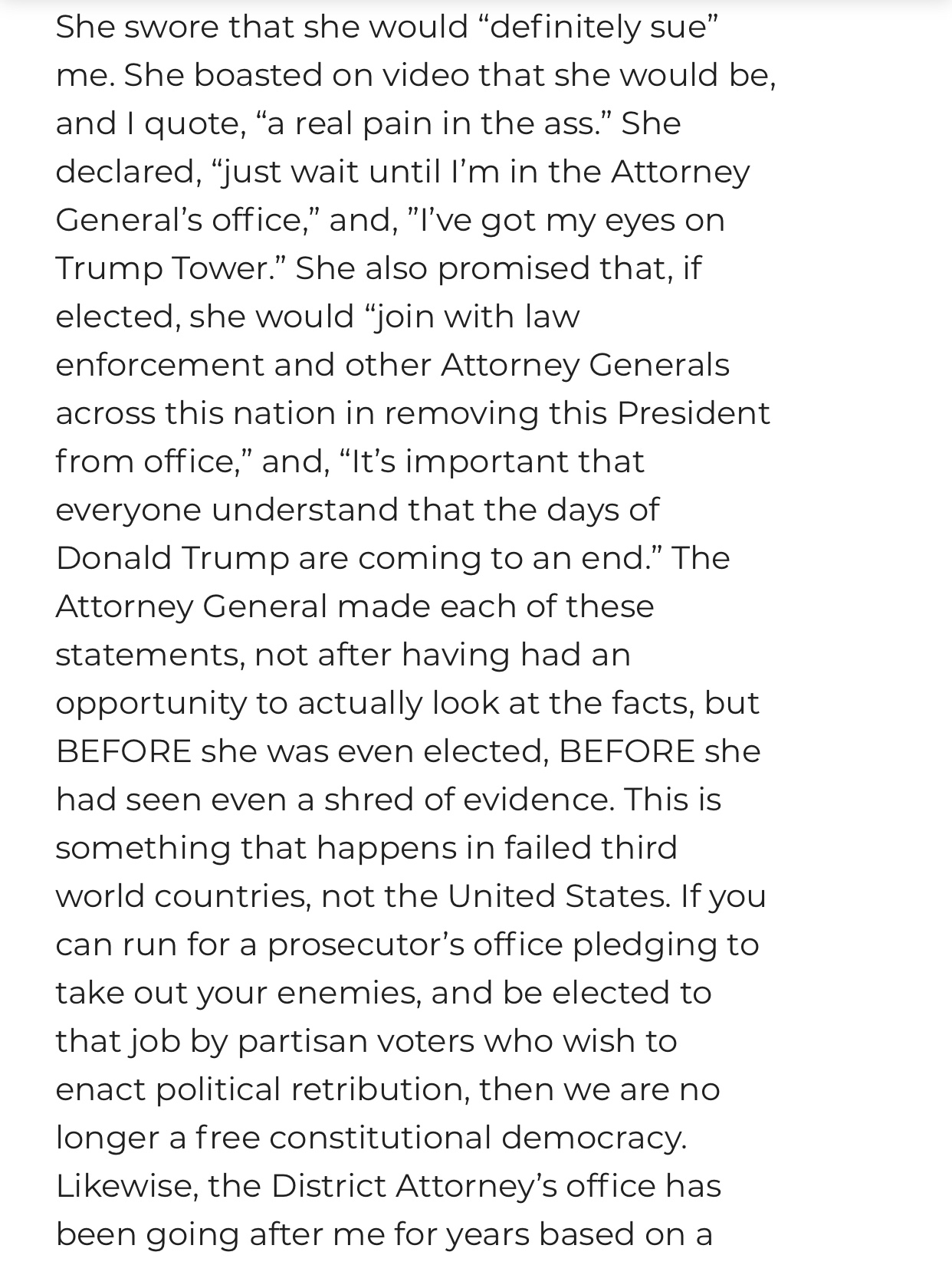 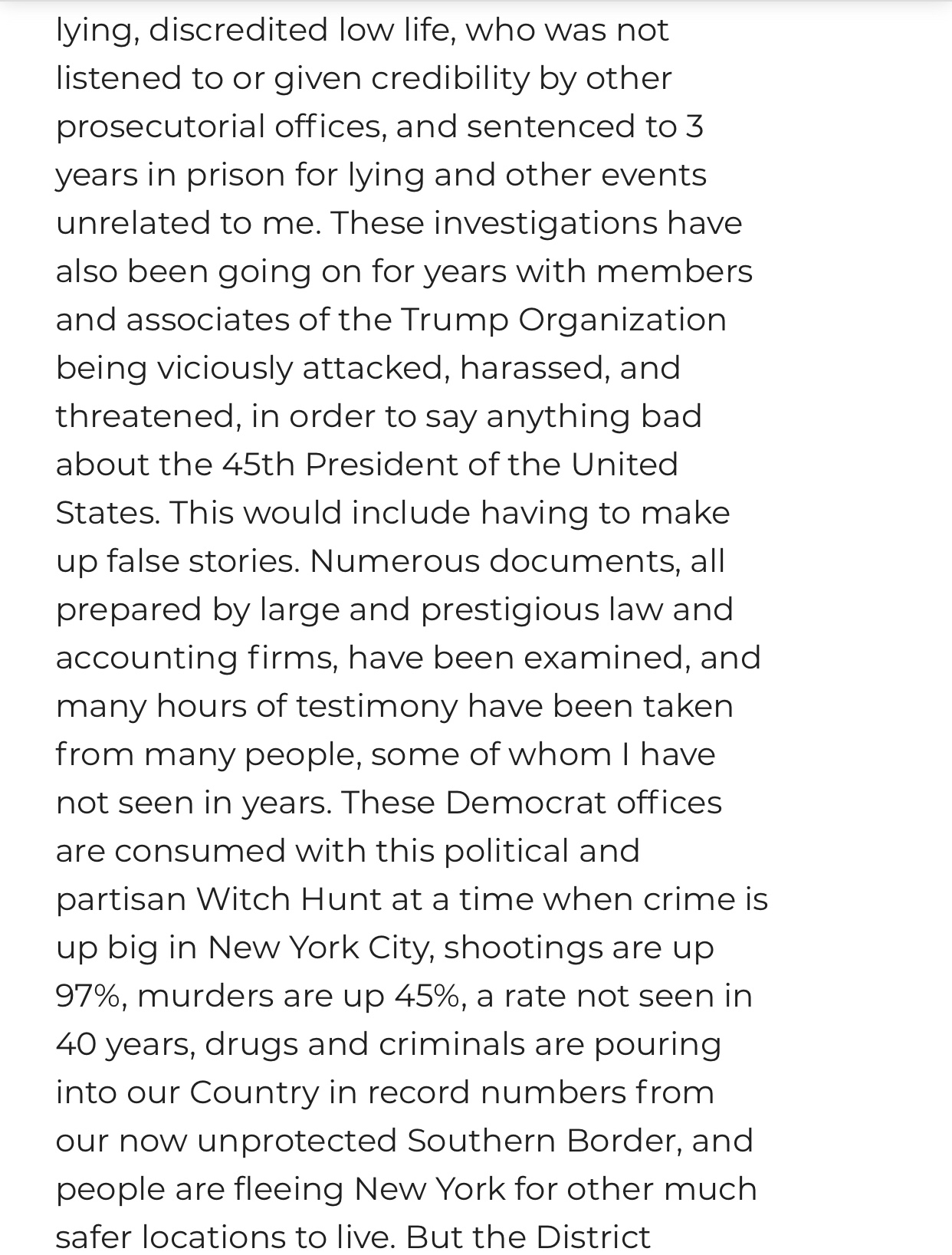 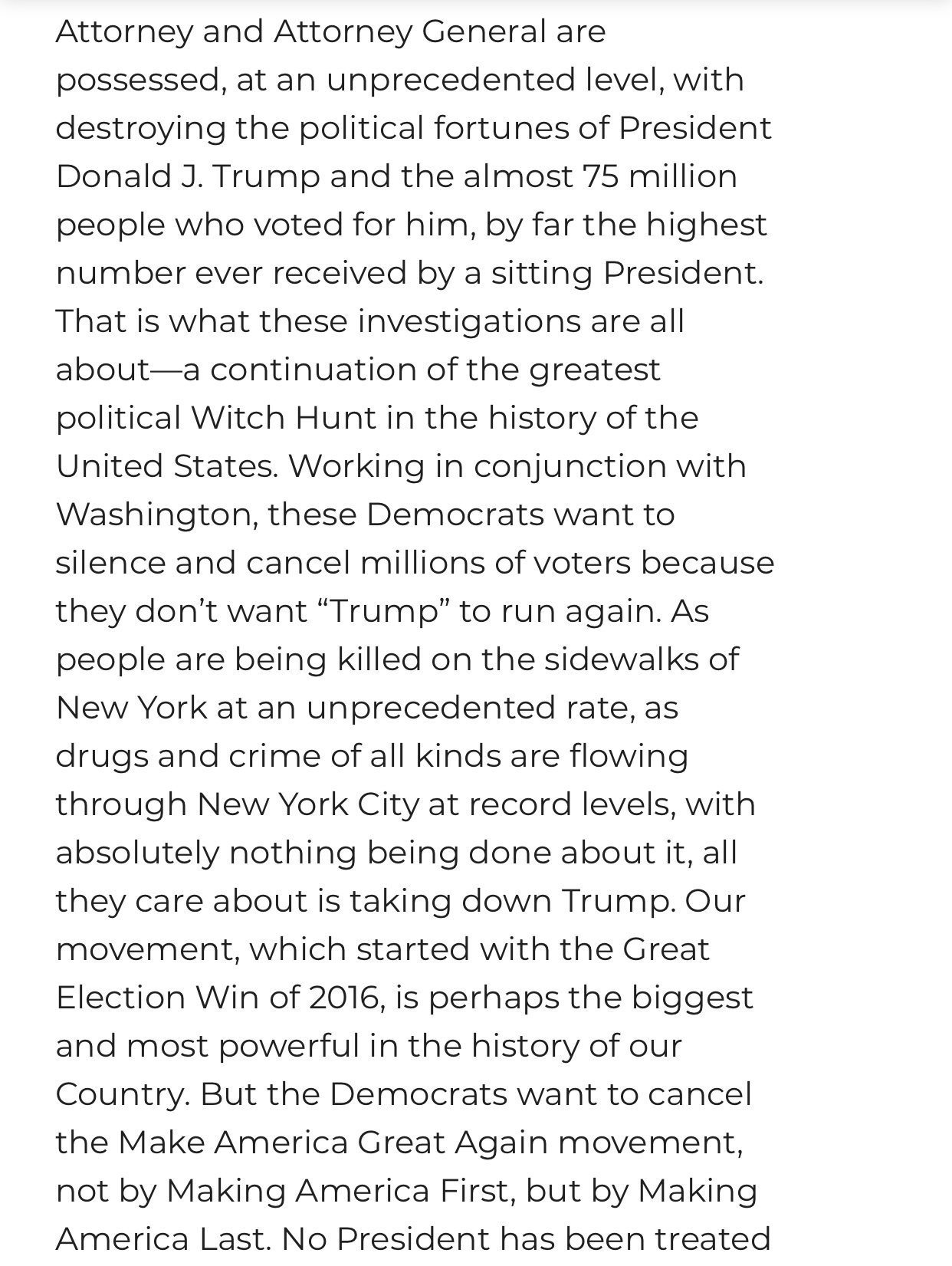 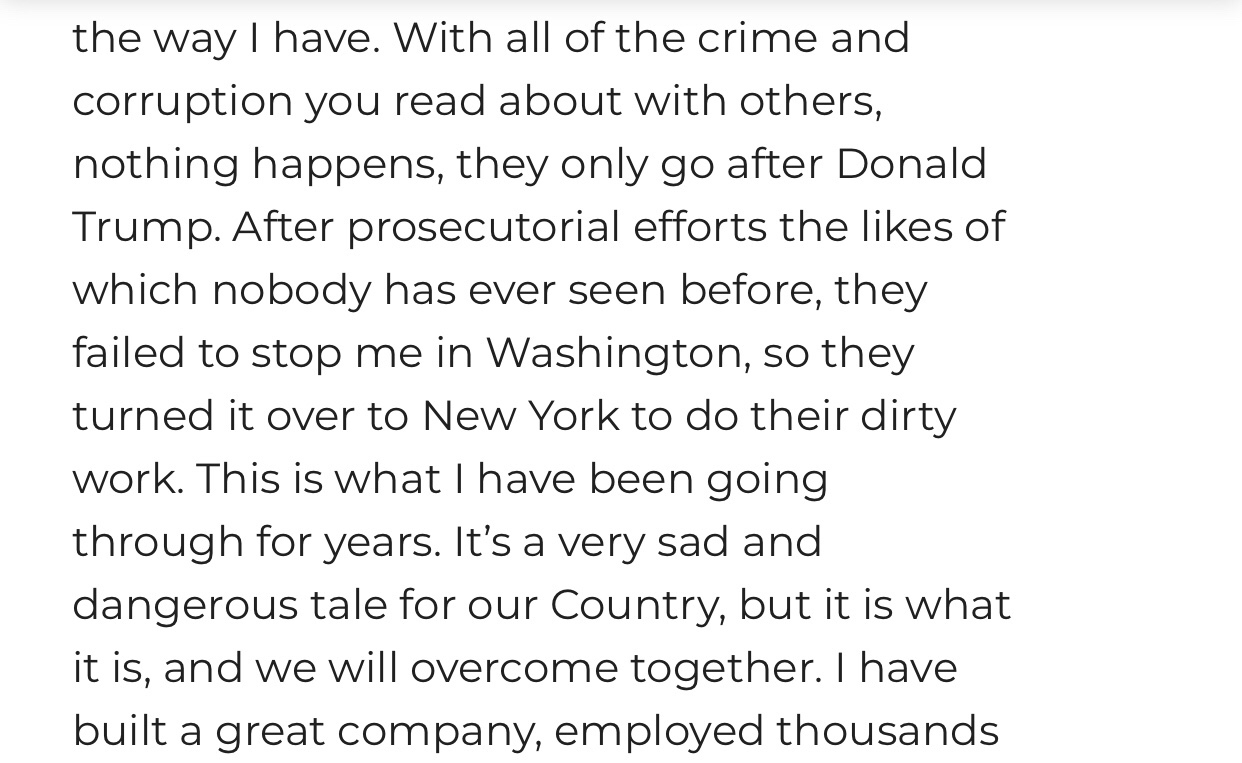 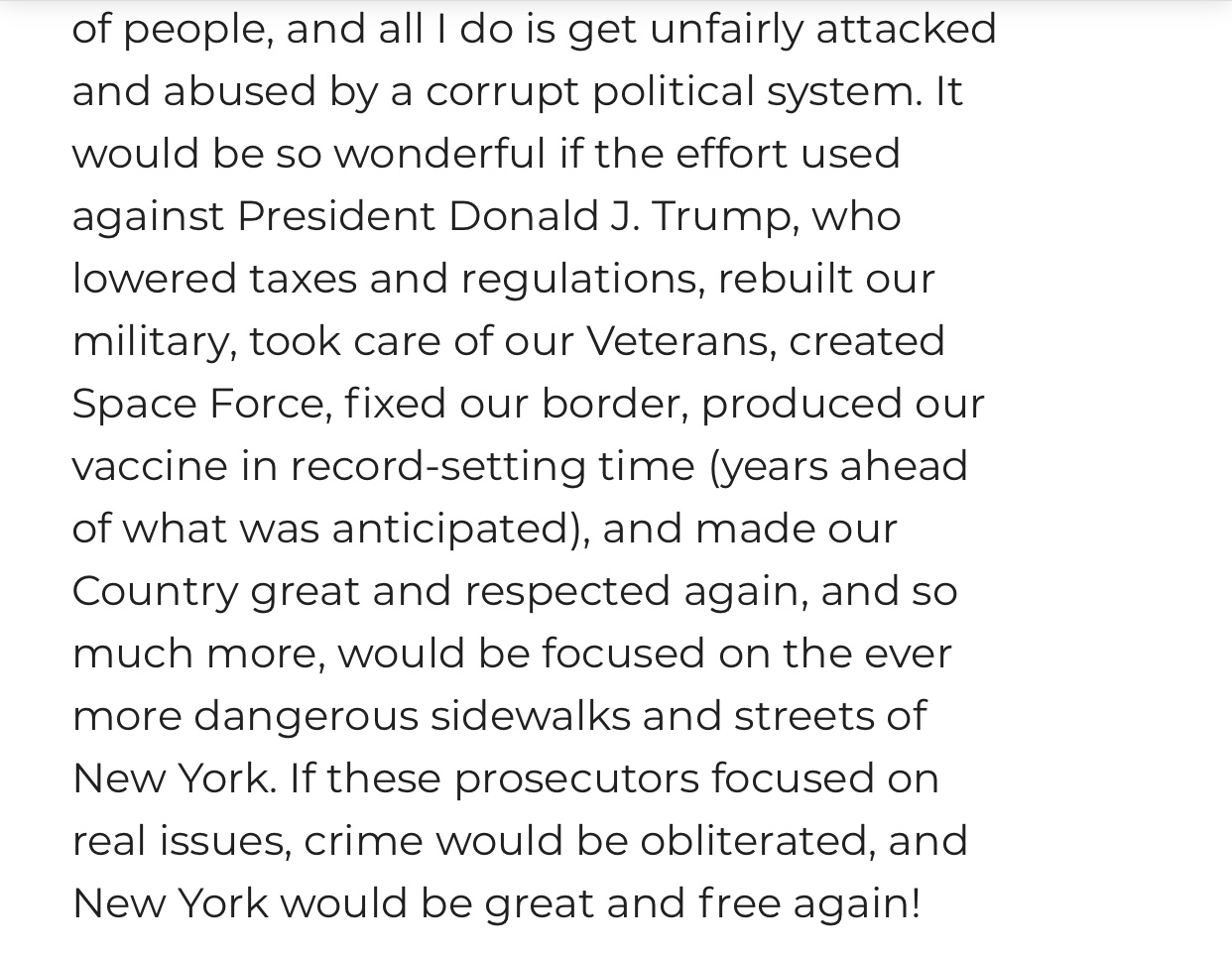 There is nothing more corrupt than an investigation in desperate search of a crime. If this isn’t flagrant abuse of political office I don’t know what is! This is banana republic stuff right here and it’s happening in America today. pic.twitter.com/Hlfh4iNXDF