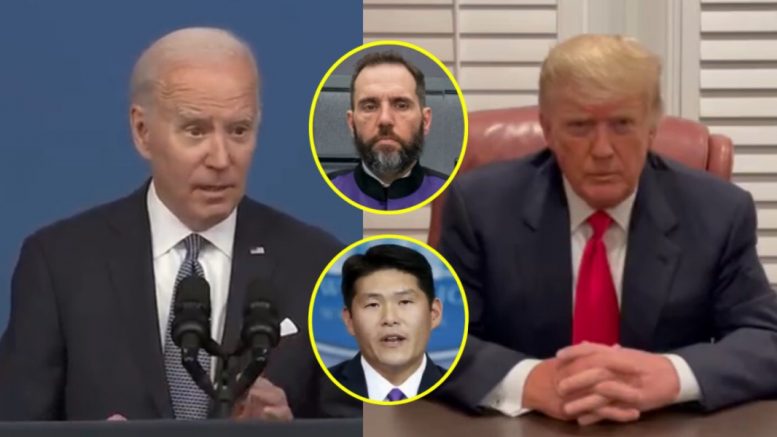 President Trump expressed his perception, noting the differences of special counsels that Attorney General Merrick Garland has appointed to investigate the separate matters.

“How come the Biden ‘Prosecutor’ is a nice guy, very friendly with Democrats and RINOS alike, close to Christopher Wray, & pretty much liked & known by everybody, while my ‘Prosecutor’ is a Radical Left Trump HATING Lunatic, whose wife & family get a perfect ’10’ for spewing Trump HATE, & whose ‘friends’ are the most evil, angry, & disgusting Marxists & Communists in & around Government?” Trump asked on Truth Social.

“They are GRILLING innocent people in Grand Juries for hours, all to ‘get Trump'”, he wrote.

“These are Sick Thugs!” the 45th President proclaimed.

In an earlier post on Saturday, Trump noted he had authority to declassify as president, but Biden as former vice president, did not have the authority.

“As President, I have the right to declassify documents, Biden did not. Special ‘Prosecutor’ Jack Smith, however, is a Trump Hating political Thug. The Boxes Hoax Case against me should be dropped immediately. I have done nothing wrong!” the 45th President said.

Related: Trump Calls for ‘Boxes Hoax Case’ Against him be ‘Dropped Immediately’ in Wake of Biden’s Surfaced Classified Docs