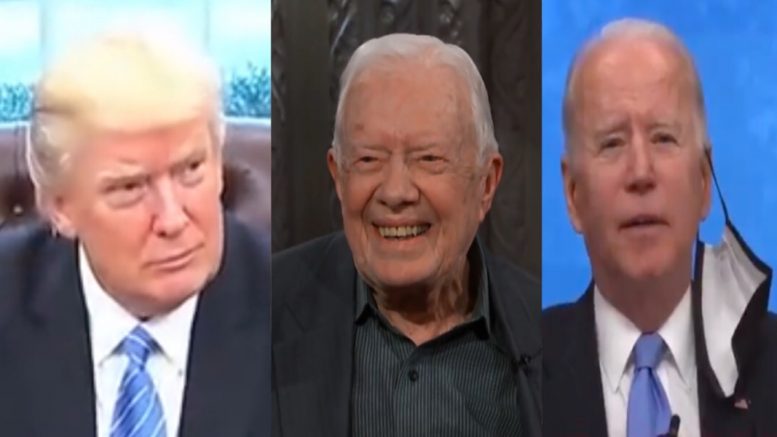 The 45th President issued a statement via “From the Desk of Donald Trump” Wednesday regarding Joe Biden being compared to Jimmy Carter by some.

Jimmy Carter’s administration began with great promise, but his domestic and foreign policies were met with criticism, according to Lumen Learning.

Democrat Jimmy Carter served as the 39th President of the United States from 1977 to 1981. As a gifted student and former governor of Georgia, he was relatively inexperienced in politics. His administration sought to make the government “competent and compassionate.” However, in the midst of an economic crisis produced by rising energy prices and stagflation, he met with difficulty in achieving his objectives.

The final year of his presidential tenure was marked by several major crises, including the 1979 takeover of the American embassy in Iran, an unsuccessful rescue attempt of the hostages, serious fuel shortages, and the Soviet invasion of Afghanistan. Continued Below

Key takeaways according to Lumen Learning:

In a statement on Wednesday, former President Donald Trump wrote:

First there was the Biden Border Crisis (that he refuses to call a Crisis), then the Biden Economic Crisis, then the Biden Israel Crisis, and now the Biden Gas Crisis. Joe Biden has had the worst start of any president in United States history, and someday, they will compare future disasters to the Biden Administration—but no, Jimmy was better! 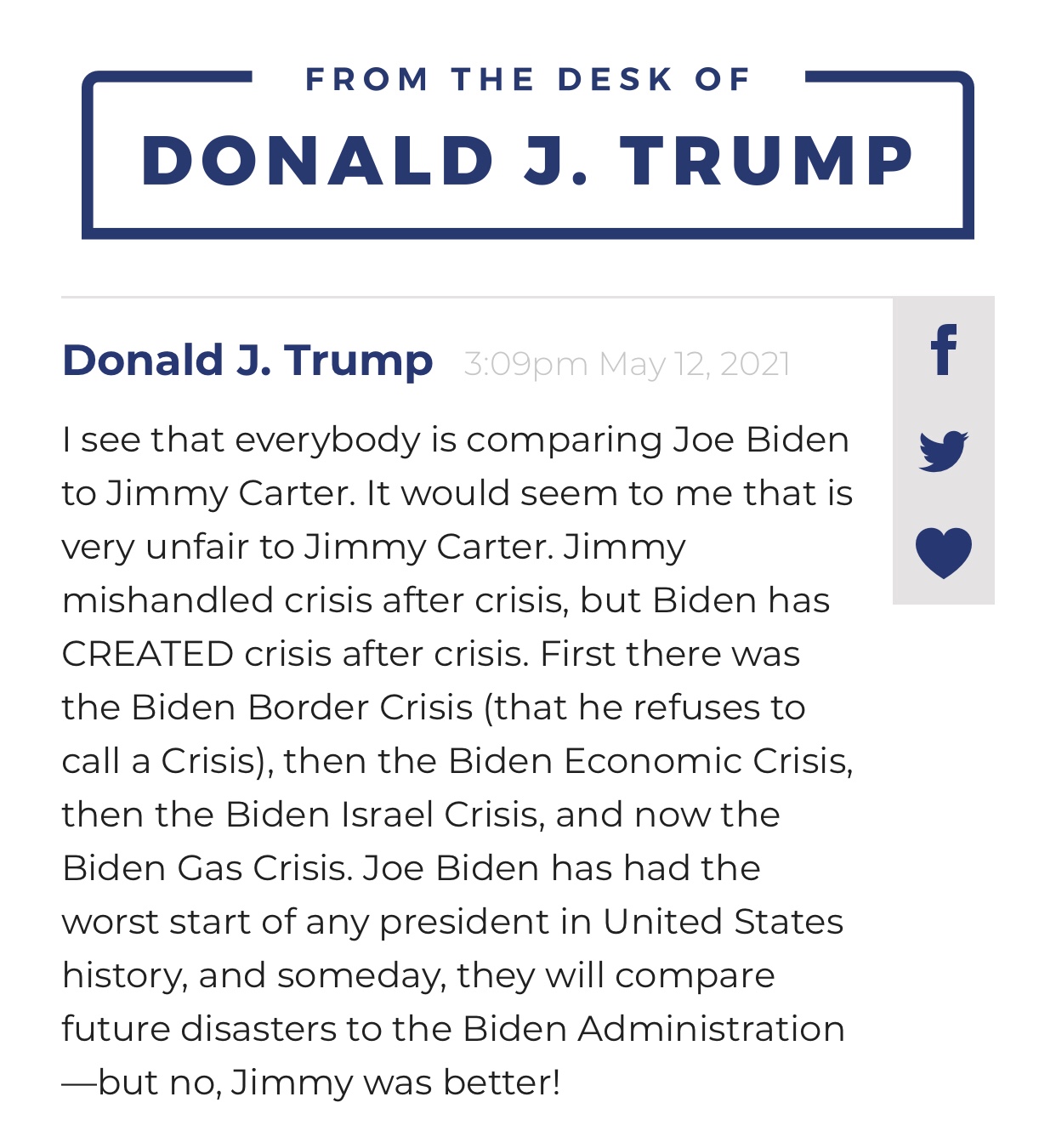 Meanwhile, Rep. Mike Waltz (R-FL) weighed in on Biden’s “Jimmy Carter moment”, suggesting that he is “letting history repeat itself”.

There's a crisis on the border, in the Middle East, with our gas pipelines, AND inflation — America's experiencing another Jimmy Carter moment with Progressives at the helm. Biden's letting history repeat itself. pic.twitter.com/fY5uCalE71

(Related: 45th President Trump: “Biden’s Weakness & Lack Of Support For Israel Is Leading To New Attacks On Our Allies”)

Jon Voight Issues A Message To Both Those Who Love & Hate Trump: ‘Let Us Take A Stand For Liberty & Justice For All’