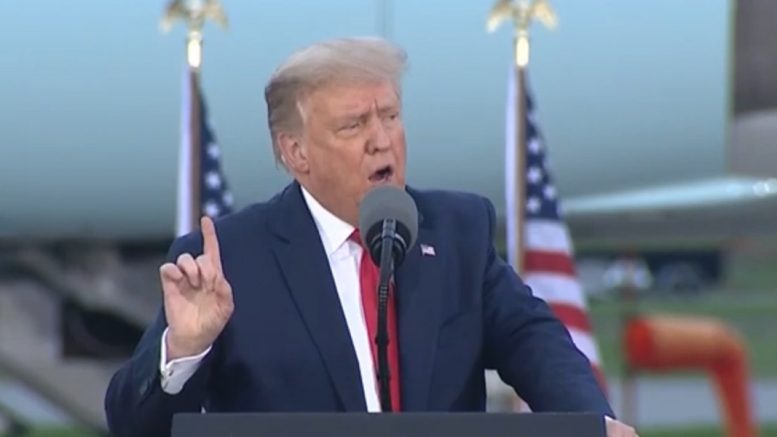 Former President Donald Trump issued a statement Monday from “The Desk of Donald Trump”, saying there had been a “bombshell” development in Michigan, referring to a case in Antrim County.

Trump likened Joe Biden to a thief who has raided a jewelry store and said, “The diamonds must be returned”.

The 45th President’s statement comes as a court in Michigan is currently considering whether to hear a case about the election, in which the plaintiffs are demanding a forensic audit of the votes.

Former President Trump said: “The major Michigan Election Fraud case has just filed a bombshell pleading claiming votes were intentionally switched from President Trump to Joe Biden. The number of votes is MASSIVE and determinative. This will prove true in numerous other States.”

“All Republicans must UNIFY and not let this happen. If a thief robs a jewelry store of all of its diamonds (the 2020 Presidential Election), the diamonds must be returned,” Trump explained.

“The Fake News media refuses to cover the greatest Election Fraud in the history of our Country. They have lost all credibility, but ultimately, they will have no choice!” he declared. Continued Below 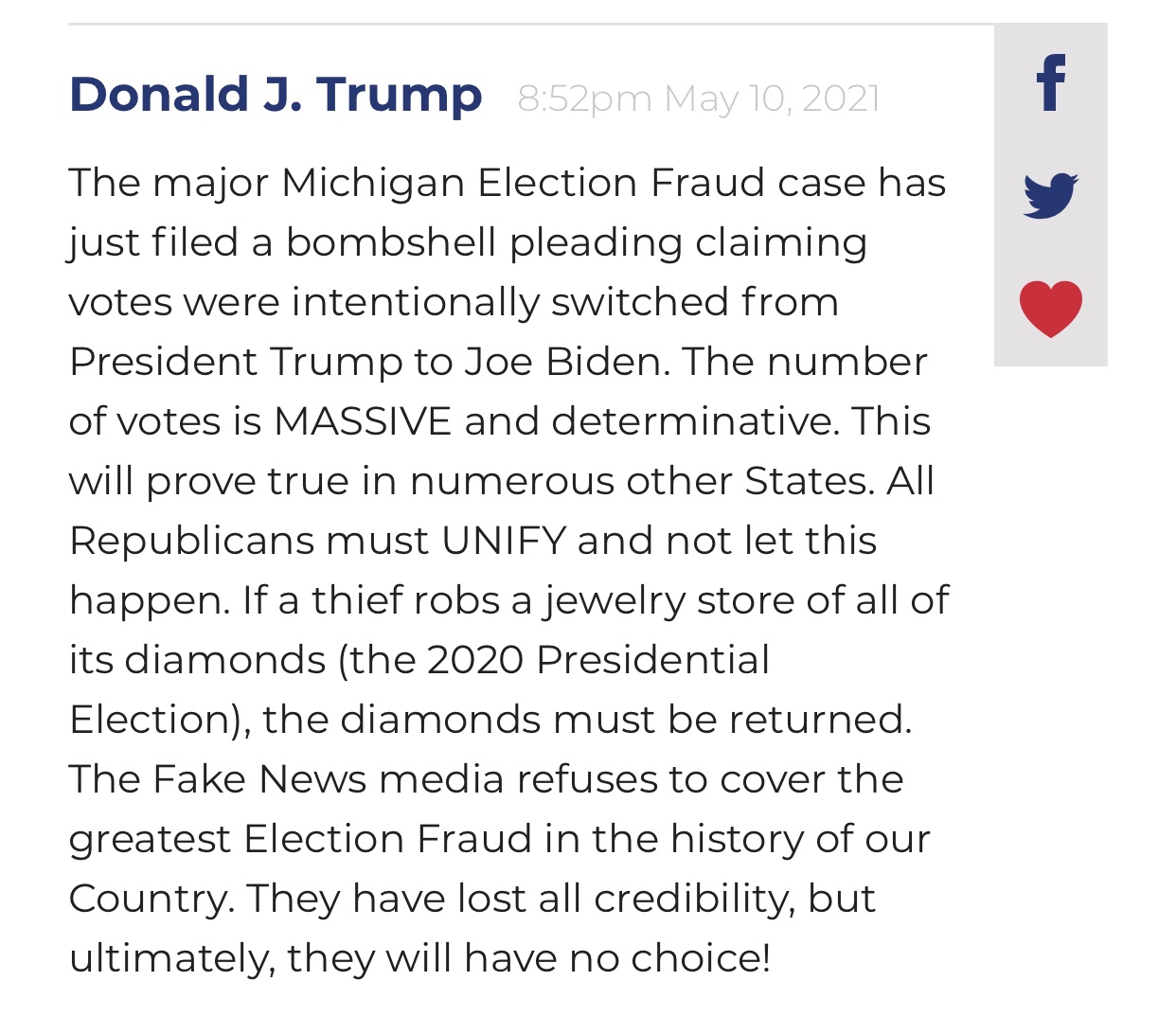 We have discovered the actual fraud and subversion in the Antrim County election. Did it occur statewide?