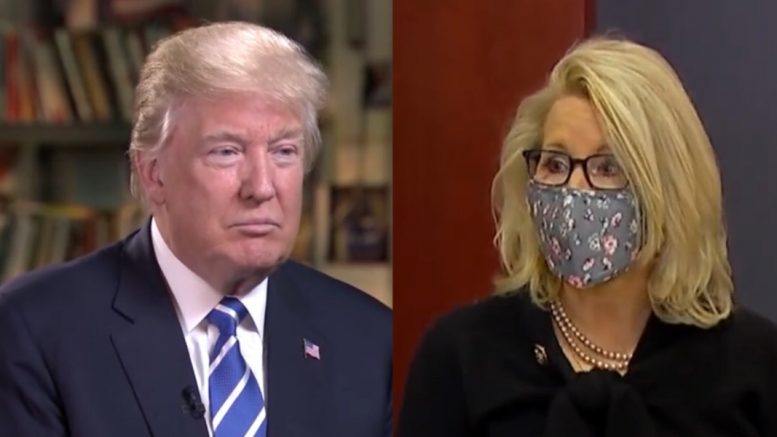 The 45th President issued a statement via email from his “Save America PAC” Monday, informing the House GOP that they have “a massive opportunity to upgrade this week from warmonger Liz Cheney to gifted communicator Elise Stefanik”.

The House GOP conference will meet Wednesday, May 12, at which point most members expect the process to oust House Republican conference Chair Liz Cheney will begin.

The GOP has been feuding internally over the fate of the current chair, Rep. Liz Cheney (R-Wyo.), because of her criticisms of former President Donald Trump, and her vote to impeach him, reported Axios.

The House GOP has a massive opportunity to upgrade this week from warmonger Liz Cheney to gifted communicator Elise Stefanik. Elise has intelligence, an endorsement from American Patriot Brandon Judd and the National Border Patrol Council, she has an A+ from the NRA, and she loves our Veterans.

We need someone in Leadership who has experience flipping districts from Blue to Red as we approach the important 2022 midterms, and that’s Elise! She knows how to win, which is what we need! Continued Below 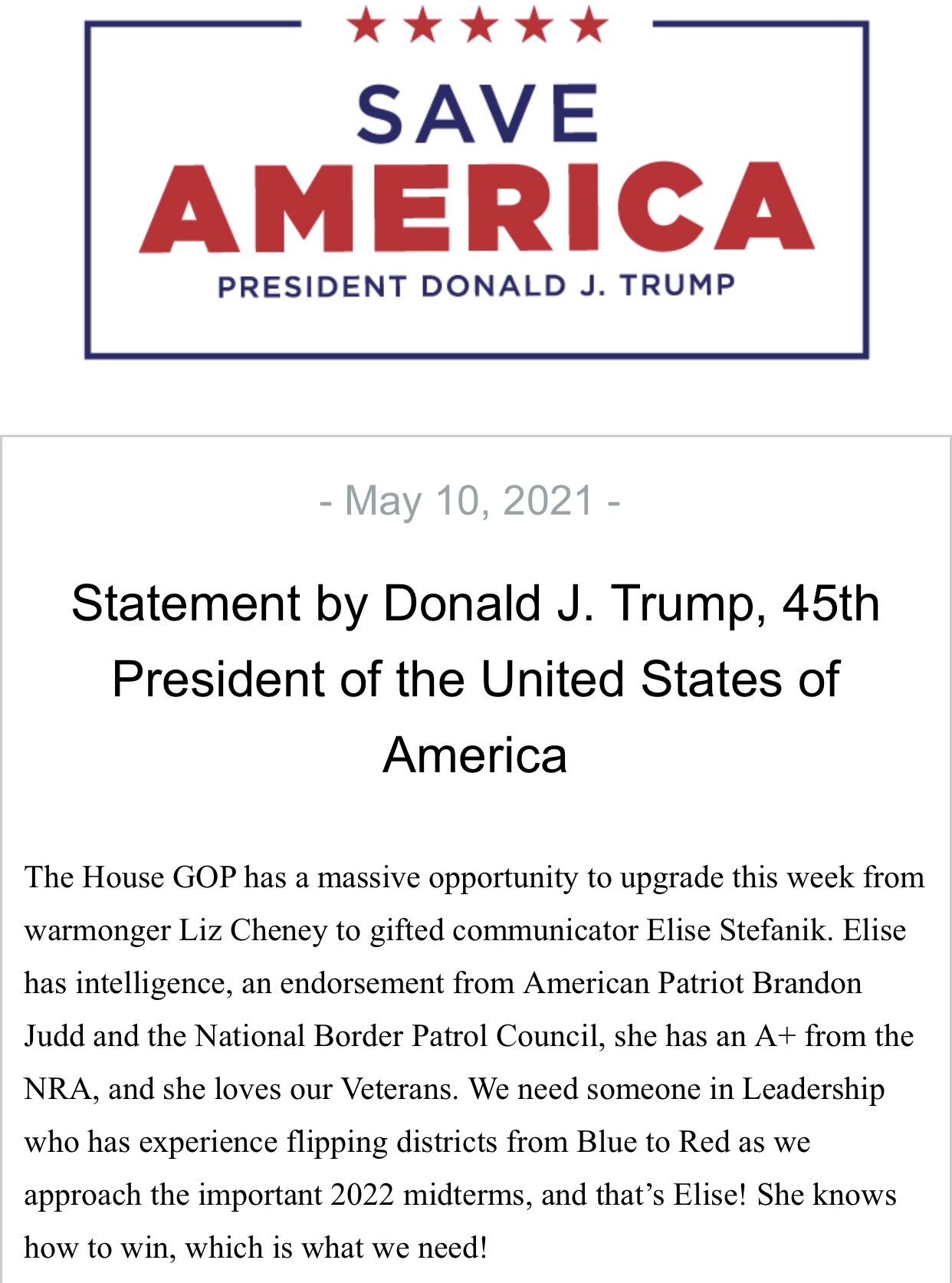 “[W]e are in one of our biggest battles ever for this nation and the direction, whether this next century will be ours,” McCarthy said. “As conference chair, you have one of the most critical jobs as the messenger going forward. … We need a conference that is united. … We need a conference chair that is delivering that message day in and day out and uniting the nation to make sure we are on the right footing going forward.” Continued Below

Asked if he supports Rep. Stefanik as conference chair, McCarthy replied, “Yes, I do”.

Thank you @GOPLeader for your endorsement for House GOP Conference Chair.

Together, as one team, we will stand up for the American people and #FIREPelosi in 2022. pic.twitter.com/zUhv1h4K71