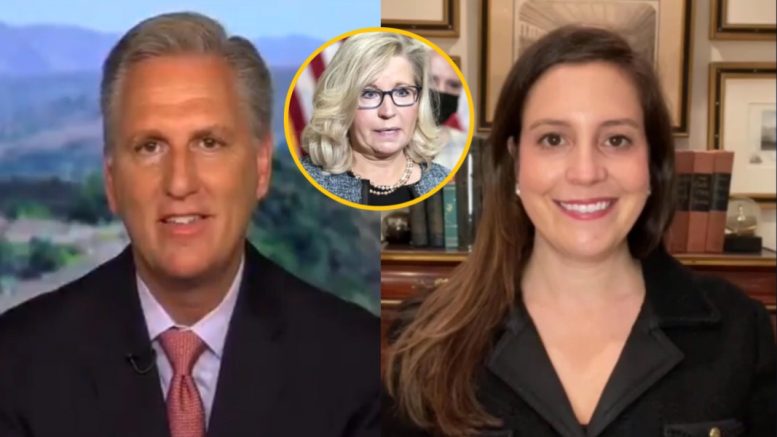 The GOP has been feuding internally over the fate of the current chair, Rep. Liz Cheney (R-Wyo.), because of her criticisms of former President Donald Trump, and her vote to impeach him, reported Axios.

“Liz Cheney is a warmongering fool who has no business in Republican Party Leadership,” the 45th President said in a statement. “Elise Stefanik is a far superior choice, and she has my COMPLETE and TOTAL Endorsement for GOP Conference Chair. Elise is a tough and smart communicator!”

House Minority Leader Kevin McCarthy on Sunday said the GOP needs to be “united”, and that the chair, who is the third-highest ranking member of the party in the House, should be a messenger for the party.

“[W]e are in one of our biggest battles ever for this nation and the direction, whether this next century will be ours,” McCarthy said. “As conference chair, you have one of the most critical jobs as the messenger going forward. … We need a conference that is united. … We need a conference chair that is delivering that message day in and day out and uniting the nation to make sure we are on the right footing going forward.” Continued Below

Asked if he supports Rep. Stefanik as conference chair, McCarthy replied, “Yes, I do”.

The New York congresswoman thanked the House minority leader for his endorsement Sunday on Twitter, writing, “Thank you @GOPLeader for your endorsement for House GOP Conference Chair.”

“Together, as one team, we will stand up for the American people and #FIREPelosi in 2022,” she added. Continued Below

The House GOP conference will meet next Wednesday, May 12, at which point most members expect the process to oust Cheney will begin.

It would take up to a two-thirds vote of the 212 caucus members to replace her — a relatively high bar if a secret ballot is held, and one that Cheney cleared in a previous vote to remove her in February, Axios reported.

Thank you @SteveScalise for your strong endorsement for House GOP Conference Chair.

We are going to work together as a team unifying Republicans to take back the House in 2022! pic.twitter.com/kisPLMlCgu

Mike Pompeo On Why He Believes Conservatives Should Be ‘Pipehitters’: “These 4 Years Will Test Us. Keep Grinding”