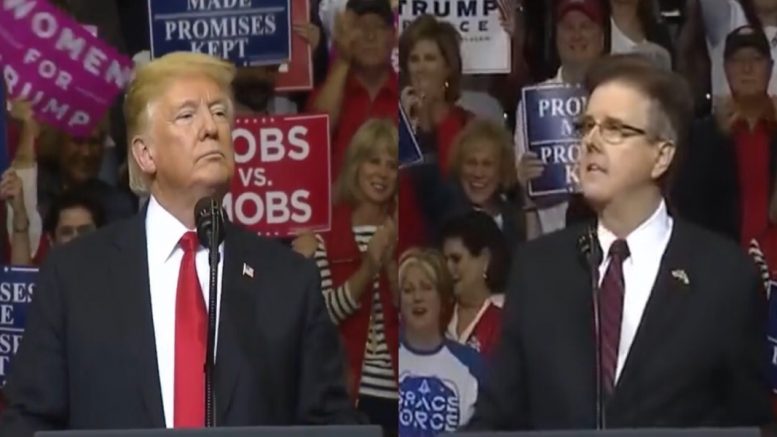 Former President Donald Trump issued a statement Monday via email from his “Save America” PAC, announcing his “complete and total endorsement” for Lieutenant Governor of Texas Dan Patrick.

In his statement, the 45th President said of Texas Lieutenant Governor Dan Patrick:

Lieutenant Governor Dan Patrick is a great fighter for the people of Texas. He has stood up for up for Life, Liberty, the Second Amendment, Border Security, our Military and our Vets, and our God-given Freedoms.

He has governed by conservative principles of LOW TAXES and careful spending, always doing what is best for his great State and for America.

Texans should re-elect him! He is outstanding and has my Complete and Total Endorsement! Continued Below 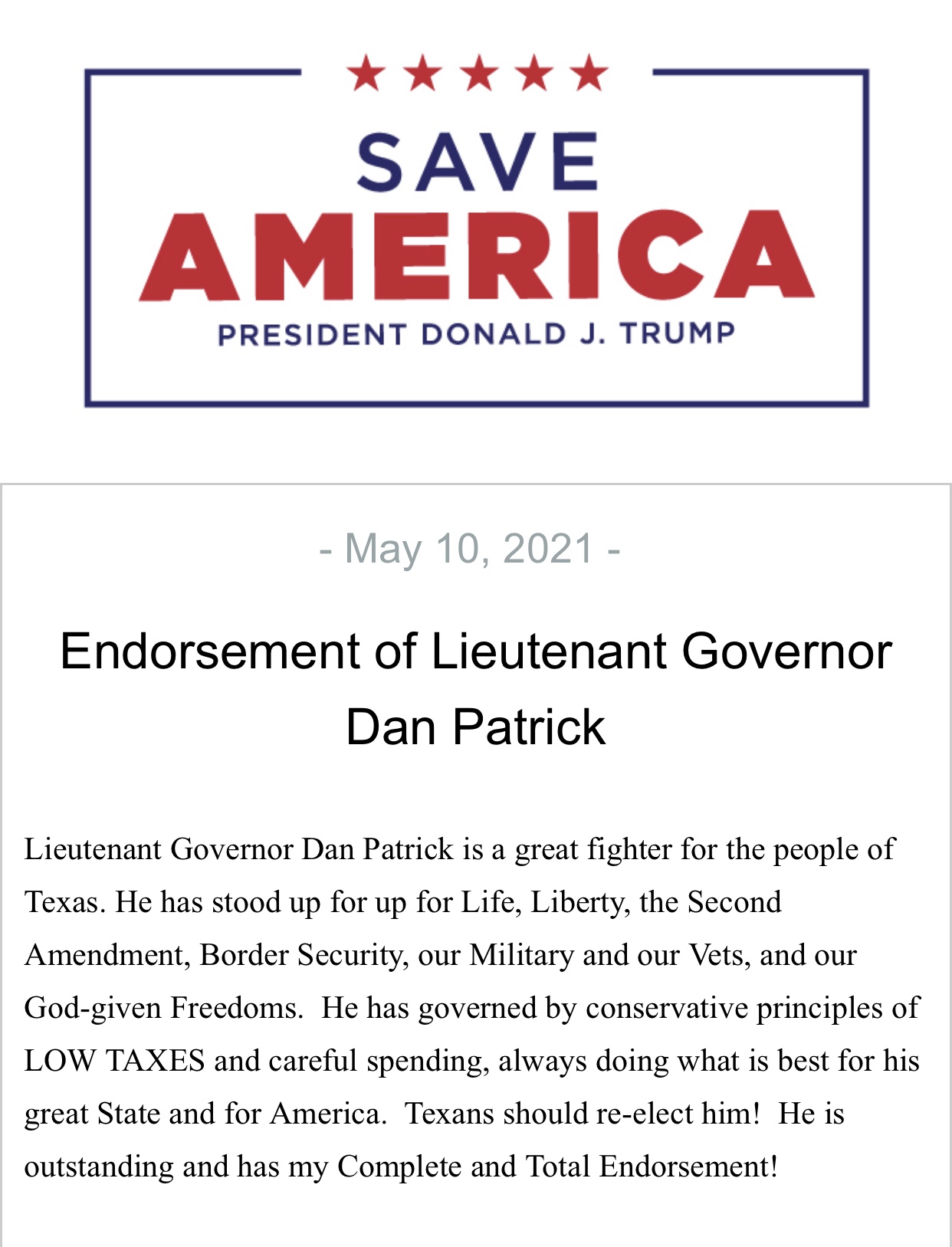 In February, the 45th President warned sitting Republican lawmakers that he could back primary challengers if he deems them to be insufficiently loyal.

“Where necessary and appropriate, I will back primary rivals who espouse Making America Great Again and our policy of America First. We want brilliant, strong, thoughtful, and compassionate leadership,” President Trump said in a statement at the time.