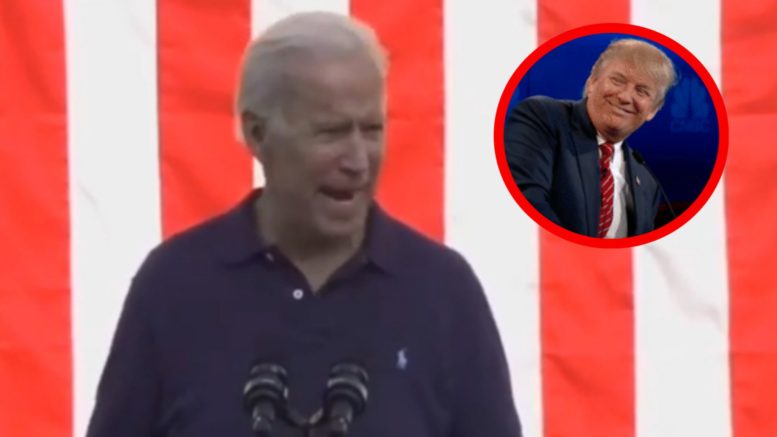 On Tuesday, Democrat Presidential frontrunner Joe Biden, made yet another threatening statement directed at President Trump during a campaign event in Urbandale, Iowa.

While discussing President Trump, Biden suggested that Trump is not really as tough as he portrays himself to be and then told the audience he’s going to make the President “feel the pain.”

Related Article: Doocy Irritates Biden After Informing Him That Someone Else Had A Bigger Crowd Size In Iowa

He then hunched over and with a low, creepy voice he declared, “We’re going to make him feel the pain.”

Biden’s statement was met with cheers by the audience.  Video Below

This latest threat was not the first to come from Biden, who just weeks ago, suggested he would “smack [President Trump] in the mouth” if given the chance to debate him one on one. You can read more on that by CLICKING HERE.