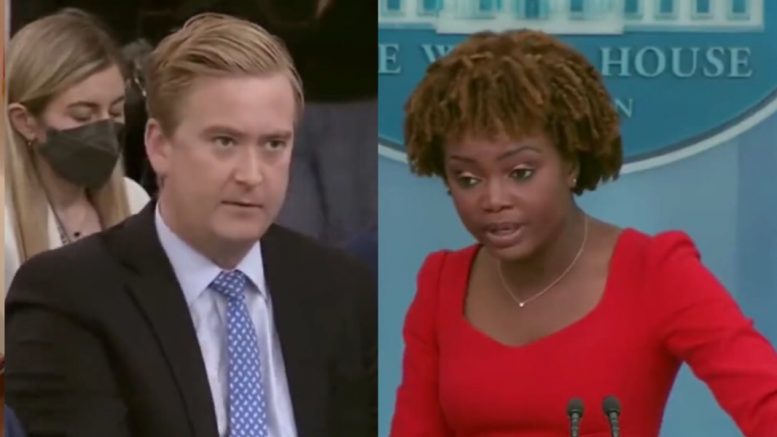 During a press briefing on Thursday, White House press secretary Karine Jean-Pierre shot down calls to increase oil drilling in the United States, saying the country doesn’t need it. She also suggested that ending fossil fuels is not off of the table.

Jean-Pierre made the comments in response to questions from Fox News White House correspondent Peter Doocy.

“Why not just drill more here in the U.S., though?” Peter Doocy asked.

“Because we don’t need to do that,” Karine Jean-Pierre responded. “What we need [oil companies] to do is, with the oil that’s out there, we need them to refine that oil so that the capacity can go up and that prices would go down.”

Doocy then followed up, asking the White House press secretary: “I know [Biden] once said he was gonna end fossil fuel. Is that now off the table?” Continued Below

“So is that the priority, climate change over gas prices?” Doocy wondered.

“No, that’s not what we’re saying,” Jean-Pierre claimed. ” … You can do both at the same time.” Video Below

Watch the full exchange between Peter Doocy and Karine Jean-Pierre:

Joe Biden during the 2020 campaign on oil: