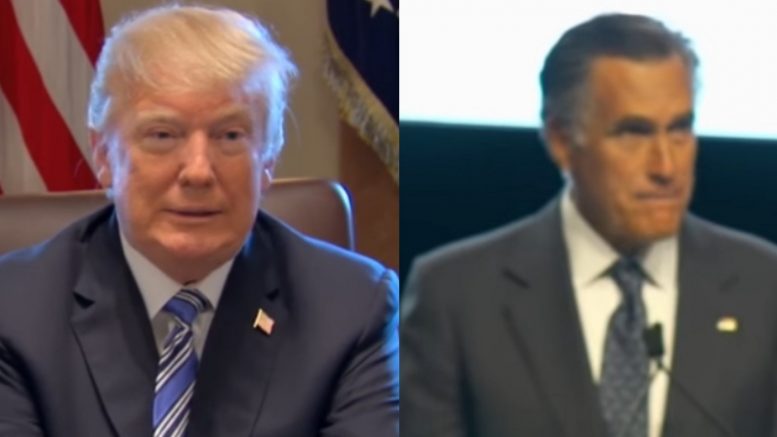 On Saturday, Sen. Romney was met with a giant chorus of boos right as he began his speech.

Republican Senator Mitt Romney was met with a chorus of boos when he addressed a GOP convention in his home state of Utah pic.twitter.com/cnbnI6euQW

In response, Trump blasted out an email onthat said, “So nice to see RINO Mitt Romney booed off the stage at the Utah Republican State Convention. They are among the earliest to have figured this guy out, a stone cold loser!” 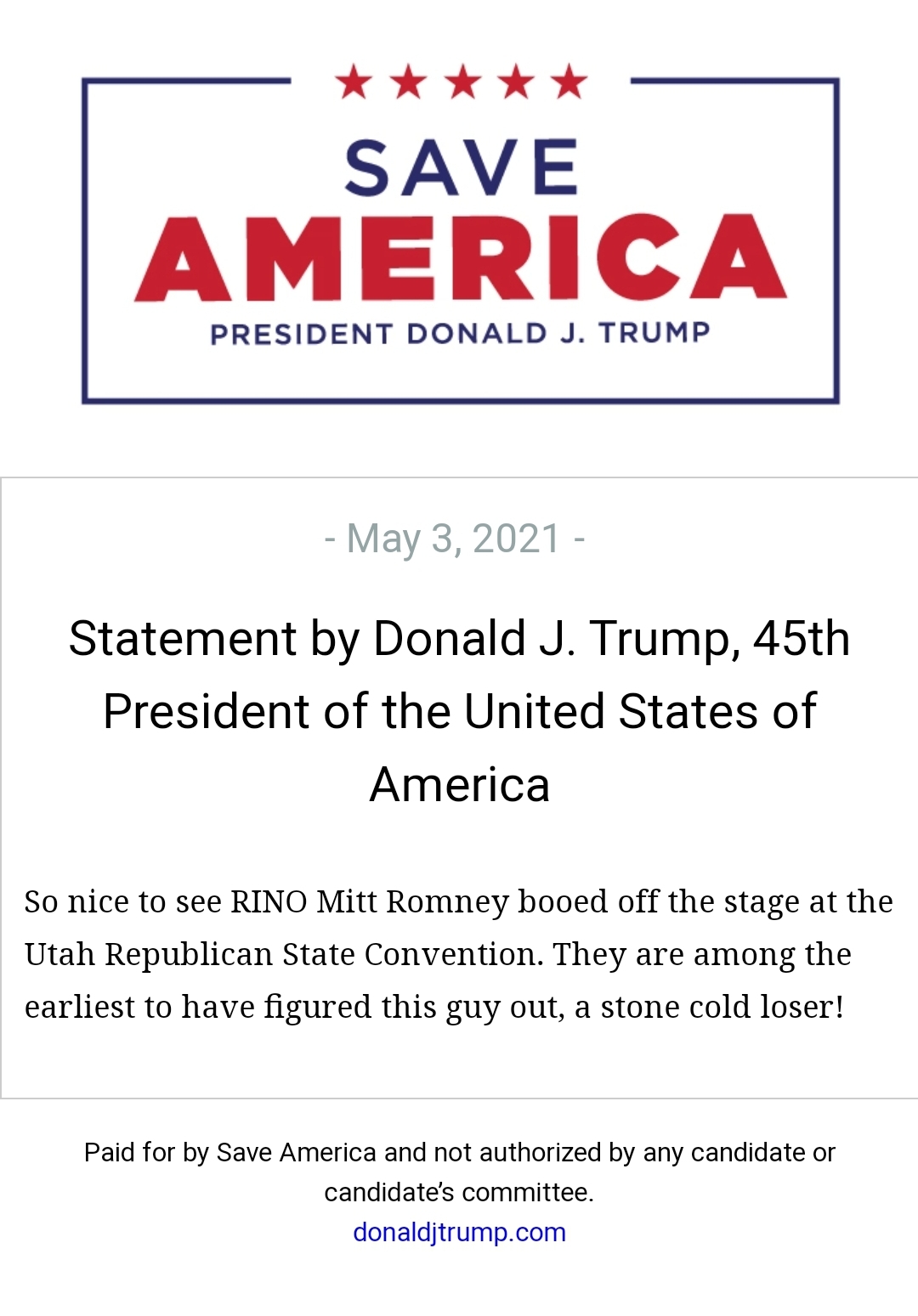