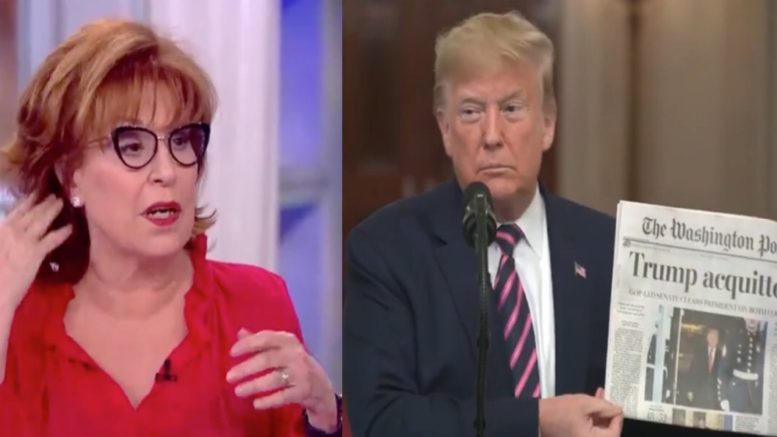 “The View” co-host, Joy Behar, admitted on Friday she is “crazy” and getting “nuttier and nuttier” after President Trump keeps “winning”.

This comes as the Senate acquited the president Wednesday, and the Commander in Chief on Thursday declared victory, during a speech in the White House East Room.

“The View” had aired a clip from President Trump’s speech in which he mentioned his “total acquittal” in the impeachment saga that set off Joy Behar and her co-hosts. 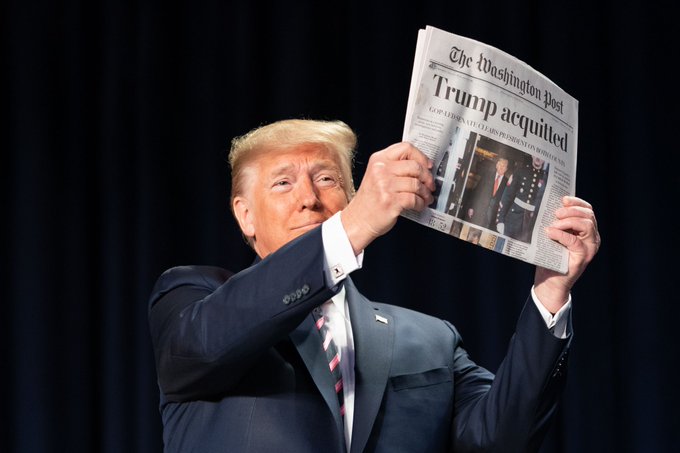 “I’m crazy today, he’s made me crazy this week,” Joy Behar declared as she roughly pulled out her earpiece. [Emphasis added].

“He’s winning, because I’m getting nuttier and nuttier,” she publicly admitted. [Emphasis added].

“I know,” Behar responded. “This weekend I’m not watching the news. I’m turning it off. I’m gonna get a massage, and I’m going to drink. I’m going to eat every carb in the house.”

After Behar and co-hosts Sunny Hostin and Ana Navarro criticized the president, McCain told them: “You guys are scaring me.”

Joy Behar: Gwen Berry Didn’t ‘Hurt Anybody’ When Turning Back To The Flag; Judge Jeanine Levels Her