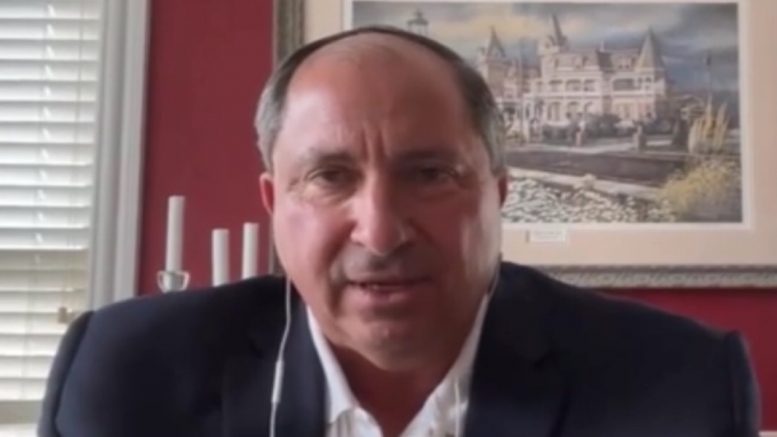 A judge in Georgia on Friday ruled to unseal absentee ballots submitted in the 2020 presidential election. Petitioners in an ongoing case will be able to go to where the ballots are stored in Fulton County, Henry County Superior Court Judge Brian Amero said at the conclusion of a hearing, as previously reported by The Freedom Times.

John Fredericks said that two Georgia State Senators are purportedly calling for the Georgia Bureau of Investigations (GBI) to get involved with a forensic audit and to be “side by side with the forensic analysists looking at these 147,000 mail-in-ballots”.

Fredericks wondered, “Were there counterfeit ballots? 6 affidavits … of election veteran officials are alleging that up to 30K of these 147,000 ballots are fake. Somebody printed them up on a machine and ran them through the vote-counting machines. They’re not real. They’re not attached to anybody. They have 4 pieces of evidence for this. None of these are going away. None of these can be explained.”

“Number one: They’re on different paper. What kind of paper are they on? Why isn’t it the same paper that everything else is on? Number two: They’re not folded. Well, what do you mean they’re not folded? In order to get an absentee ballot, you have to get it in the mail, which means that the department of elections in Georgia machine folded the ballot. You can’t have a ballot in an envelope that you mail back or drop box back, that’s not folded. You either got it folded or you sent it back folded, or both with an envelope,” he continued.

“So why aren’t they folded?” Fredricks asked of alleged ballots in Georgia. “Number three: You’ve got the same exact bubble mark on the ballot– the same one for upwards of 30K of these ballots. 97% of them voting for Joe Biden. 97% of them voting for (Sen.) John Ossoff. The fourth thing is the affidavits say the bubble marks are not made by an ink pen or a pencil– that they’re made by a machine. These are the things that they’re going to look at.” Continued Below

“That’s 100%. That is virtually impossible to have happened. Not only that, they were in sequential order. That’s also impossible. That means that every ballot that came in the mail, is somehow in exact sequential order? How is that possible? These are the things they are gonna look at,” Fredricks explained.

“This is why Burt Jones and Brandon Beach, today, two state senators, call for the GBI to get involved. Here’s the other thing Burt Jones said, ‘If Judge Amero makes a declaratory judgement that counterfeit ballots were there, and that some of them were counted twice, … he’s gonna demand that Gov. Kemp call for a special session and they’re gonna start decertifying elections; Trump-Biden,'” he said. Video Below

“Second one, [David] Perdue, likely won in the first ballot. Why is Osoff there? Why was there a runoff? … This is unbelievable what’s going on,” Fredricks added.

“They stole it on so many different levels, and we’re going to show everything they did,” Steve Bannon claimed.