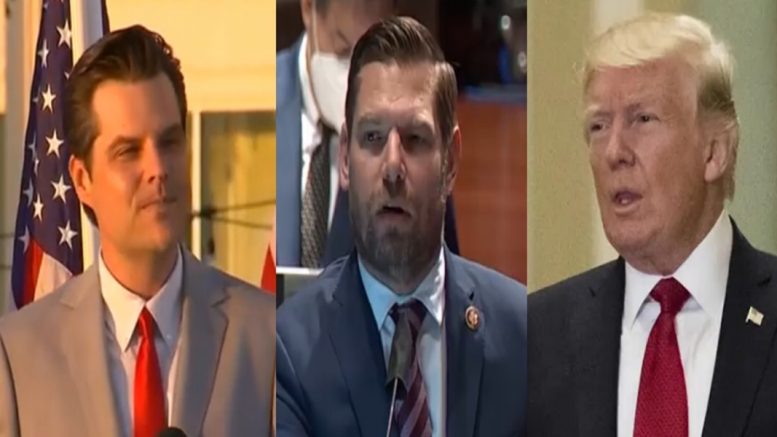 Former President Donald Trump ripped CNN in a statement Monday evening for claiming that he refused to meet with Rep. Matt Gaetz (R-FL), who is reportedly facing allegations of sexual misconduct, saying the cable news network “probably made the whole thing up” and wondered why CNN is not interested in covering Rep. Eric Swalwell (D-CA), who had an alleged relationship with a Chinese spy, Christina Fang–aka Fang-Fang.

CNN reported Sunday that the former president refused to meet with the congressman, suggesting that the 45th President and other Republican leaders were distancing themselves from Rep. Gaetz.

Fake News CNN, relying on all anonymous sources, meaning they probably made the whole thing up, wrote a very dishonest story claiming Congressman Matt Gaetz asked for a meeting with me at Mar-a-Lago, in Palm Beach, Florida, and was denied. This is completely false.

Why doesn’t CNN investigate and write about lightweight Democrat Congressman Eric Swalwell, who had a torrid and physical relationship with the Chinese spy Fang-Fang, but is somehow on the once-prestigious House Intelligence Committee.

Swalwell, who ran for President and dropped out with a record-setting 0% in the polls, has been compromised and is a national security threat to the United States—he should be removed from the Committee immediately! Continued Below

“This is a total lie. I am on a pre-planned vacation with my fiancée. I was welcomed at Trump Doral days ago,” Gaetz wrote on Twitter Sunday evening.

“No such meeting was denied nor sought. … When can we expect a retraction?” he asked. Continued Below

Fang Fang, aka Christine Fang, also helped raise funds for Swalwell’s 2014 re-election campaign and was photographed with the California congressman. Swalwell has not denied sleeping with the spy when asked.

Federal investigators who were looking into Fang informed Swalwell about her status as a spy in 2015, when he alleges he cut off contact with her.

House Speaker Nancy Pelosi (D-Calif.) appointed Swalwell to serve on the House Homeland Security Committee in January, after the relationship had been revealed. He also sits on the House Intelligence Committee. 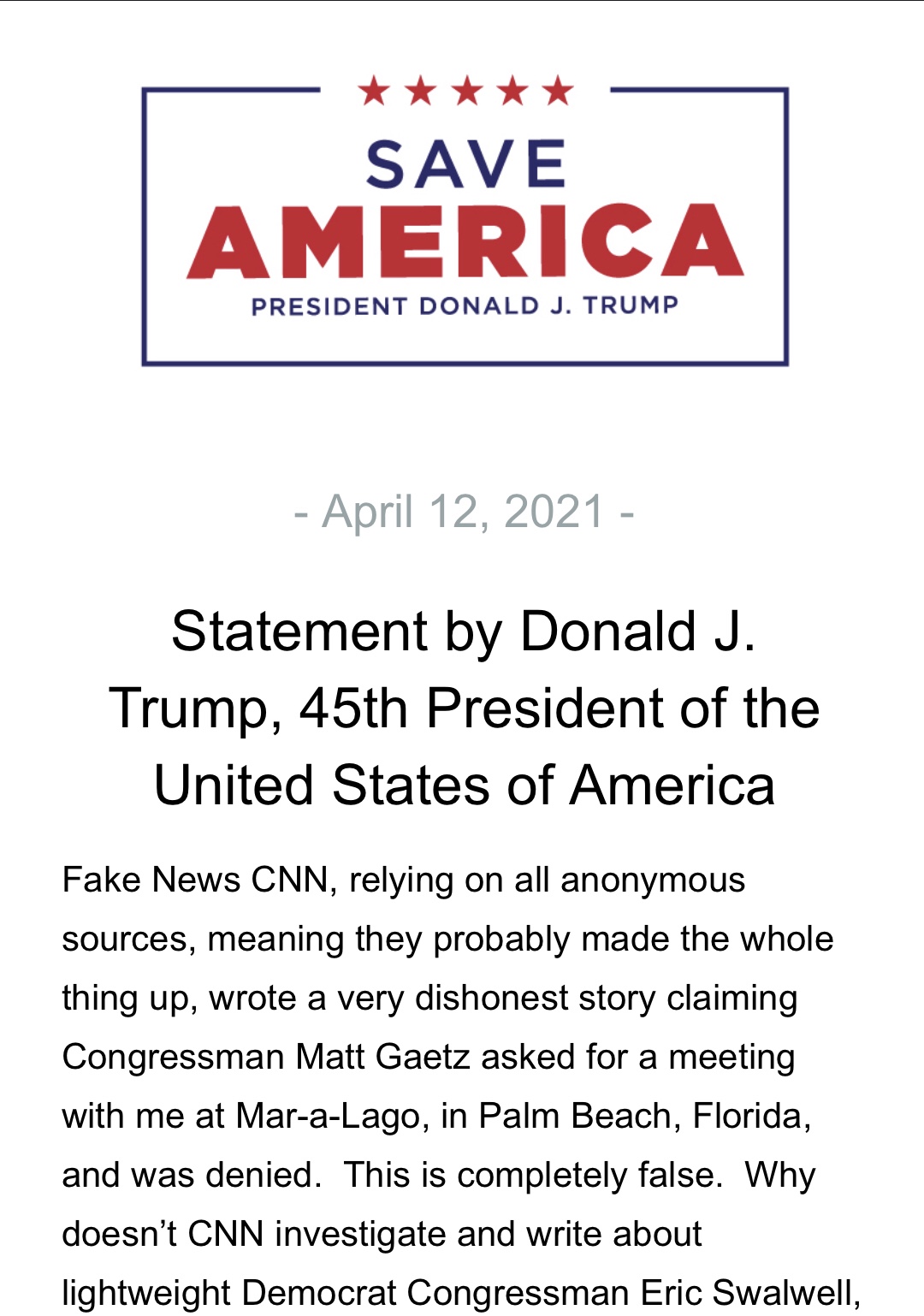 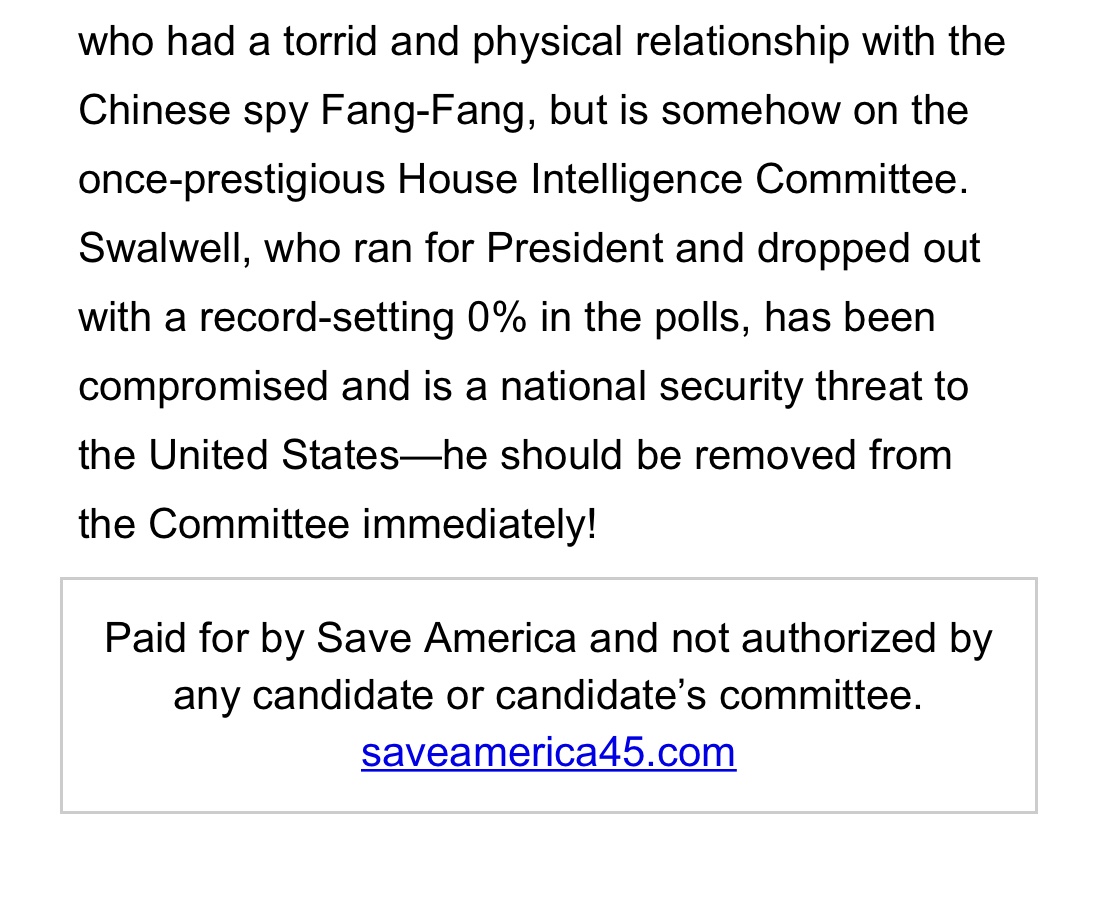