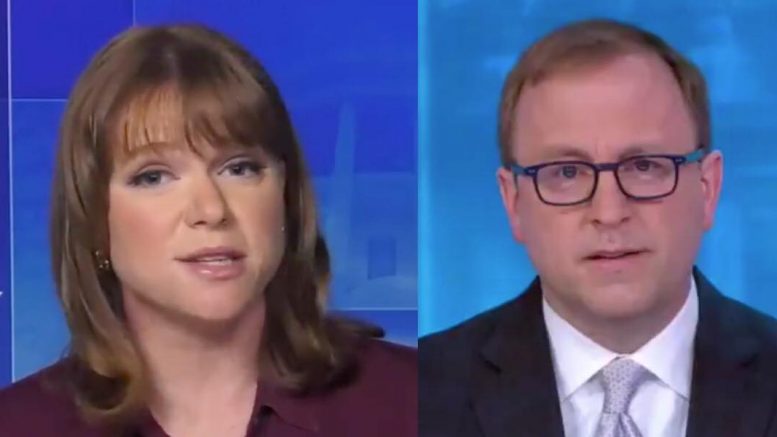 White House Communications Director Kate Bedingfield dismissed the record surge of unaccompanied migrant children and illegal aliens crossing the U.S.-Mexico border as a “cyclical issue” and denied that it is worse than any other time in history during an interview Sunday on ABC’s “This Week”.

“There is something different here and that is the unaccompanied minors. And we already have a record number of unaccompanied minors in U.S. custody. And in a single day just last week, there were an additional 1,000 minors who were caught captured– you know, who were brought into U.S. custody coming across the border,” host Jonathan Karl told Kate Bedingfield while displaying a numbers on the screen of the administration’s first 100 days.

“These are record numbers already, and the seasonal surge that you’re talking about is only just beginning. This is not, in terms of unaccompanied minors, this is not the same as it’s been,” Karl informed Bedingfield. “This is worse, is it not?”

The Biden official claimed, “Well, no. And if you look at the numbers it’s not. But that doesn’t mean it’s not a serious.”

Bedingfield, however, falsely claimed the numbers are the “same” adding, “These are the same kind of surges that we’ve seen”. Continued Below

“But look, the important thing here is not a question of whether it’s the same or not. The important thing here is that the president has said this is unacceptable to him and he’s working to address it. And the way we do that is by finding temporary shelter for these kids who are coming without an adult and also by speeding up the process,” she alleged, appearing to deflect from the numbers Karl presented to her.

Earlier in the month, Homeland Security Secretary Alejandro Mayorkas revealed that the U.S. is expected to reach the highest number of people apprehended at the U.S.-Mexico border in two decades. Video Below

“We are on pace to encounter more individuals on the southwest border than we have in the last 20 years. We are expelling most single adults and families. We are not expelling unaccompanied children,” Mayorkas said in a statement.

(Related: Wallace To Psaki: ‘At This Point…You Are Being Less Transparent Than The Trump Administration’)