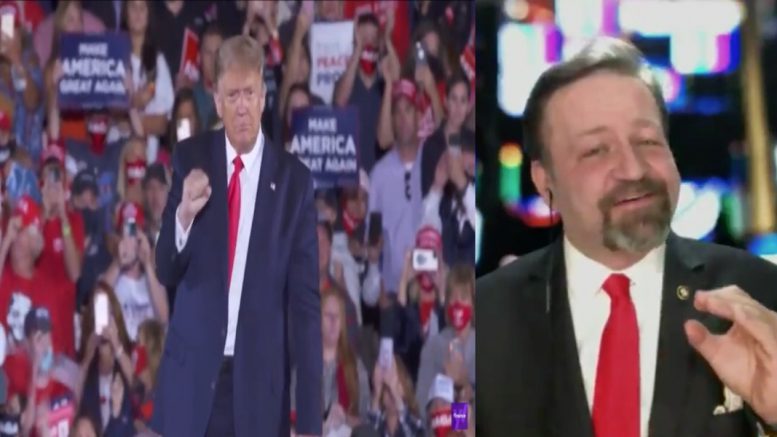 Former Deputy Assistant to the 45th President, Sebastian Gorka, weighed in Saturday on Newsmax after the Senate voted to acquit former President Donald Trump. 43 senators voted to acquit the former president, making the vote fall short by 10 to convict.

“I didn’t want to say anything until this was over, it is now over. And I think 74 million Americans are very excited for the speech the President is going to give next,” Gorka expressed.

“He is more powerful than ever. He is the conservative kingmaker,” Sebastian Gorka continued.

Asked what is the president’s mood right now, Gorka told Newsmax’s Benny Johnson, “I think you could guess what his mood is like, right? He’s always a winner. He removed himself from this process. He had his legal team that improved their performance.”

“He doesn’t drink like me, but I think he’ll be having an extra large diet coke this evening,” he predicted. Video Below

.@SebGorka says "I think 74 million Americans are very excited for the speech the President is going to give next…he'll be having an extra large diet coke this evening" @bennyjohnson https://t.co/VlT7z8drtO pic.twitter.com/P6xjLg1N4N

Mr. Gorka also tweeted the following after President Trump’s acquittal in the Senate:

WATCH: Roger Stone Caught On Camera Grooving To The Beat Outside Of CPAC