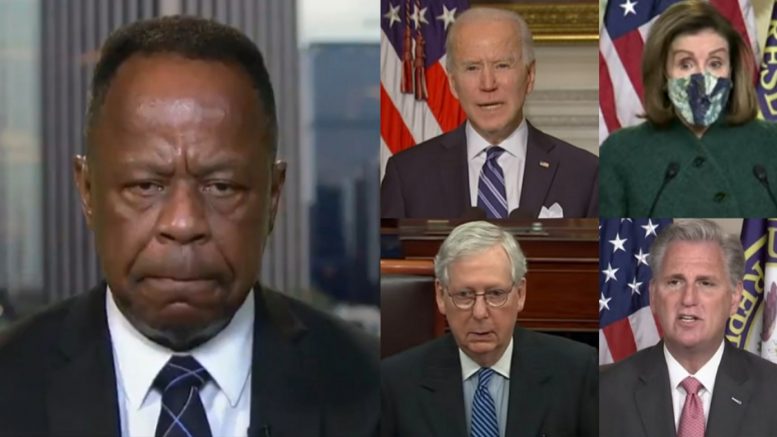 He then called out “RINOs in D.C.” for “appeasing” Democrats and going along with their rhetoric “in order to be liked,” specifically naming Senate Republican Leader Mitch McConnell and House Minority Leader Kevin McCarthy.

“Two things with Pelosi — a hypocrite who looks and focuses on the Capitol riots and will not look at what’s going on in the northwest in Portland and Seattle, not look at left-wing extremist groups,” Mr. Terrell told Lou Dobbs. “She can not utter the word Antifa or Black Lives Matter destroying cities throughout the country.”

“Joe Biden — I’ve been waiting for him to condemn the ongoing terrorism…in the northwest. He refused because the left-wing terrorists represents the base of the Democratic Party.”

“What’s going on with these RINOs in D.C. where they have basically appeased these Democrats in order to be liked is insulting,” Leo declared. “Mitch McConnell, Kevin McCarthy do not represent Trump Republicans. It insults the Republican Party.” Video Below