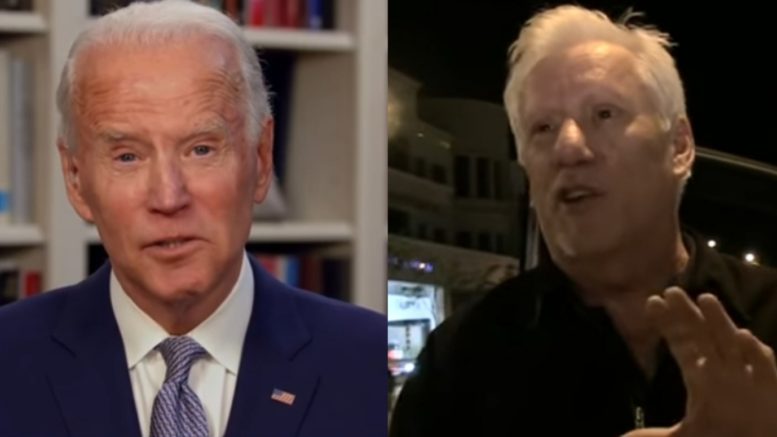 Former Vice President Joe Biden is on a mission to unite the Democrat party now that the path has been cleared for him to be the party’s presidential nominee.

One day after Bernie Sanders suspended his campaign, Biden called on Americans to “come together” to “defeat Donald Trump.”

“If we come together, we will defeat Donald Trump,” Biden tweeted. “And when we do that, we will not only do the hard work of rebuilding this nation — we will transform it.”

After seeing Biden’s tweet, conservative actor James Woods challenged the former VP to give an example of something Democrats have done since Hillary Clinton was “crushed” in 2016.

Woods responded, “Name any single thing Democrats have done for America besides create chaos and misery since Trump crushed Clinton in 2016… *crickets* Okay, now go count the hairs on your legs.” See Below

Name any single thing Democrats have done for America besides create chaos and misery since Trump crushed Clinton in 2016… *crickets* Okay, now go count the hairs on your legs. https://t.co/iOPtT2uLto

The “hairs on your legs” innuendo that Woods mentioned is likely in reference to a widely circulated video of Biden speaking to reporters and surrounded by children, where he discusses his “hairy legs”.

Here is the clip:

– Joe Biden, candidate for president of the United States. pic.twitter.com/0mY4BknFrs

Moments after his reply to Biden, Mr. Woods posted the infamous video showing the former VP discussing how he held back $1 billion in loan guarantees to Ukraine until they fired a prosecutor who was also allegedly investigating his son at the time:

So this will be played 53,000,000 times before the election. It’ll be fun watching Democrats jump through hoops to explain it. #QuidProJoe pic.twitter.com/fLmSWebmD2

In ending, here is Woods’ reaction after finding out Bernie Sanders dropped out of the race:

Bernie’s out. Democrats are down to Avenatti and this boulder head… pic.twitter.com/CG38joSoqC