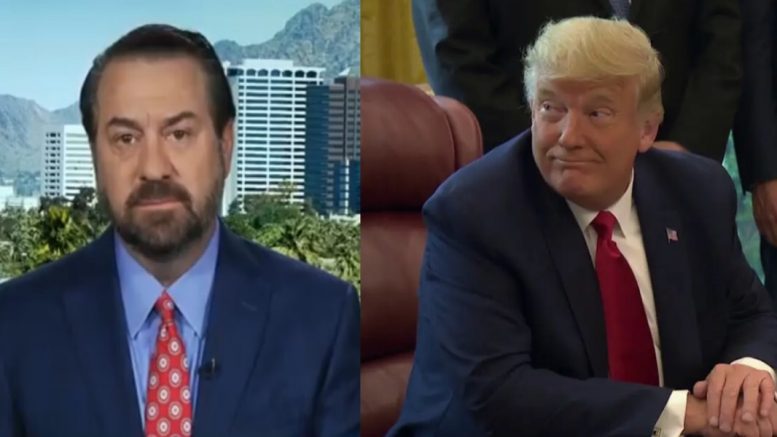 On April 6, Arizona Attorney General Mark Brnovich (R) sent a letter to Senate President Karen Fann offering an update on his agency’s review of the findings Fann delivered to him related to the forensic audit conducted in Maricopa County over the 2020 election, as previously reported by The Freedom Times.

45th President Donald J. Trump issued a statement on Monday in regards to the report, suggesting Brnovich has delayed dealing with the findings of the audit, in the hope that it will go away. “Rather than go after the people that committed these election crimes, it looks like he is just going to ‘kick the can down the road; and stay in that middle path of non-controversy,” Trump said.

“Attorney General Brnovich of Arizona was given massive information on the fraud and so-called ‘irregularities’ that took place in the 2020 Presidential Election. Many people said that he would do nothing about it because that just seems to be the way he is. I felt differently because the numbers and sheer amount of crime committed is so compelling, irrefutable, and determinative—the election result would have been entirely different,” President Donald Trump said from his “Save America” PAC.

“Well, he did a report, and he recites some of the many horrible things that happened in that very dark period of American history but, rather than go after the people that committed these election crimes, it looks like he is just going to ‘kick the can down the road’ and stay in that middle path of non-controversy. He wants to be politically correct,” Trump suggested.

“Because of the amount of time that it took him to do the report, which was endless, his poll numbers have been rapidly sinking. Now, people are upset with the fact that while he states the problem, he seems to be doing nothing about it—he doesn’t give the answers,” the 45th President explained.

“What a shame for the Great State of Arizona, and for our Country itself!” he expressed. Continued Below

“Because of this election, the USA is ‘going to hell’ with Inflation, Russia attacking Ukraine, the loss of Energy Independence, 5-dollar gasoline, a wide-open Border and, of course, the incompetence with which our pull-out from Afghanistan was handled. With an honest election, none of these things would have been a problem, they were all self-inflicted wounds,” Trump said.

“The good news is Arizona has some very good people running for election to the U.S. Senate,” he noted.

“I will be making an Endorsement in the not too distant future!” the 45th President added. Continued Below

Brnovich announced last June he was running for U.S. Senate, seeking the Republican nomination to take on Democrat Mark Kelly.

“As our state’s chief law enforcement officer, I am very concerned by any potential vulnerabilities in our state’s election systems, including those that the audit and other complaints have alleged. The EIU’s review has uncovered instances of election fraud by individuals who have been or will be prosecuted for various election crimes,” Attorney Brnovich wrote. [Emphasis added]

“The EIU’s review is ongoing and we are therefore limited in what we can disclose about specific criminal and civil investigations. Thus, this interim report will focus on what our office can presently share and the current status to our review,” he stated. [Emphasis added]. Continued Below

In the interim report, Mr. Brnovich outlined areas of concern and provided conclusions regarding mail-in-ballots, signature verification, drop boxes, and the use of private, nongovernmental grant monies for various election purposes.

“We can report that there were problematic system-wide issues that relate to early ballot handling and verification,” said the report. “… With each passing election, Americans on all sides of the political spectrum have less confidence in the integrity of our elections. This is a crisis that should be addressed immediately with bipartisan solutions grounded in the rule of law.”

“Attorney General Brnovich of Arizona was given massive information on the fraud and so-called ‘irregularities’ that took place in the 2020 Presidential Election…rather than go after the people that committed these election crimes, it looks… pic.twitter.com/a5T2OOqk0F

Related: Trump: ‘Now is Finally the Time for the Arizona Attorney General to Issue Warrants & Take his Investigation to the Next Level’