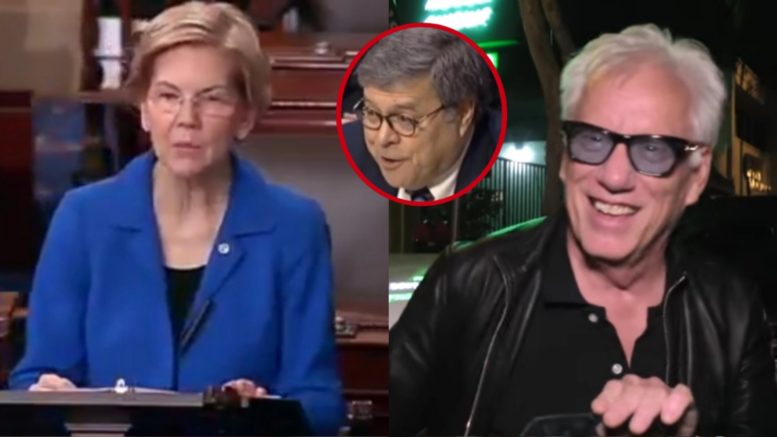 Senator Warren is trying to ignite her 2020 campaign after a series of catastrophes related to her heritage has already casted a dark cloud over her bid for President.

Warren had been forced to apologize to Cherokee nation after a DNA test proved she has close to zero percent Native American genetic makeup, despite claiming she was part Indian for years. And matters took a turn for the worse right before she made her run for President official, when a document surfaced that showed she falsely labeled herself “American Indian” when registering for the State Bar of Texas.

As another document is rumored to be surfacing in coming days related to her heritage debacle, Warren tried to shift focus back at President Trump on Tuesday, when she took aim at his decision to nominate William Barr for Attorney General.

In a tweet, Warren provided footage of her speech to the Senate in relation to Barr’s pending confirmation. She claims Trump chose Barr for all the wrong reasons, and said he only wants two things out of his Attorney General. And that is “loyalty and a willingness to put the interests of the powerful few ahead of everyone else”

She added, “William Barr checks both those boxes. And that’s exactly why I’ll be voting no.”

Conservative actor James Woods took a swipe back at Warren after seeing her tweet. See Below

In classic fashion, James Woods responded to Warren’s latest Trump slam by warning her that she has a long way to go before her “Big Lie” is ever forgotten by the public. And at this point she’s probably best off calling it quits.

Related Article:  Sen. Warren Demands Rich Pay ‘Fair Share’, James Woods Makes It Backfire: ‘Please Give Me Half Of Your Net Worth’

Woods said, “Sweetie, you’re never going to recover from your Big Lie. You’re done. Pack up your teepee and follow the buffalo herd. Happy Trails.” He finished Warren off by hashtagging his nickname for her “Liewatha.” See Below

Rand Paul Points Out How To Get Wall Funding & Praises Trump: ‘I’m Very Proud Of The President’

MI Sec. Of State Urges County Clerks Not To Give Access To Voting Equipment & Records If Audit Is Ordered