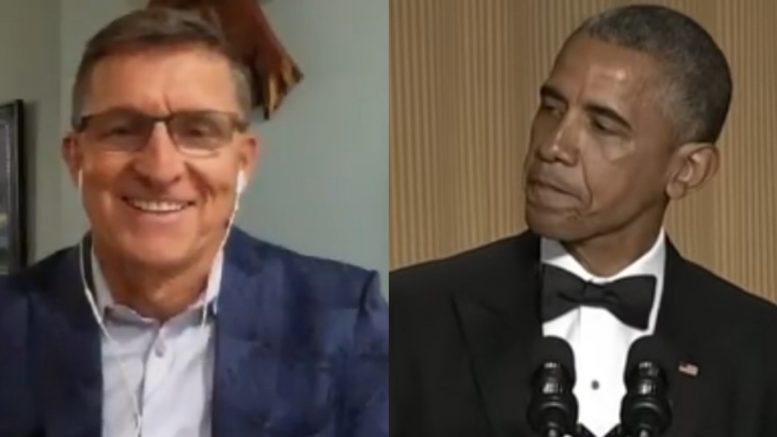 General Michael Flynn suspects that he “must have put the fear of God” into former President Barack Obama as reason for why he was such a big target for the 44th president.

Flynn, who was recently pardoned by President Trump, gave the assessment when Judge Jeanine asked why he thinks President Obama considered him to be as much of a threat as Kim Jong Un.

“I must have put the fear of God into Barack Obama, and I probably still do because of this long, four-year saga that they put me and my family through,  President Donald J. Trump and his family, and, frankly, the entire country,” General Flynn said.

“I wish someone would pin [Obama] down and ask him what that question is — one of these days I’ll lay it out,” he added.

General Flynn went on to tell Judge Jeanine that President Obama likely had it out for him because he knew that President Trump was going to have Flynn “in some capacity in his administration.”

“Clearly when [President Trump] chose me to be the National Security Advisor, they knew that their little plan of spying on Donald Trump would fall apart — and many other foreign policy blunders they got our country into. Whether it was the Iran Deal, the Asian Pacific theatre, trade … all sorts of issues that were in play that the last administration did to, frankly, run this country right into the ground. They knew that those were the types of things I was aware of.” Video Below

.@GenFlynn joins “Justice” for an exclusive interview. He discusses how he has experienced “political persecution of the highest order” and much more. pic.twitter.com/O4QaX9PjR5