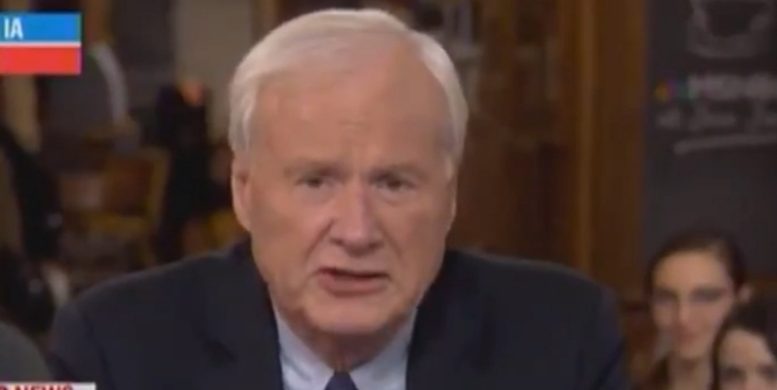 The results of the caucus are still unknown and are facing an enormous delay after a phone app that was used to calculate the results failed.

“The party first blamed unspecified ‘quality checks’ for the massively delayed results before pinning the problem on ‘inconsistencies on the data’ after using a new phone app that reportedly failed. ..Results were expected to start streaming in as Iowans caucused at 7 p.m. local time, with the final results expected around 10 p.m. ..But only 25 percent of Iowa’s 1,765 precincts had been collected by that point — meaning none of the campaigns could declare victory.”

In his response to the caucus meltdown, Chris Matthews said, “The guy in the White House is chuckling all night here. ..The Democrats can’t even get a three car funeral organized, or whatever you want to call it.”

“I would say to the people of Iowa — the last people leaving Des Moines — please turn out the lights,” he added. “This has not been a success.” Video Below

In ending, here are some more negative reactions from media pundits in regards to Iowa’s caucus nightmare: